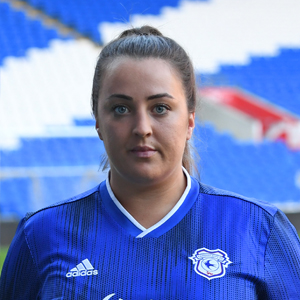 Catherine re-joined Cardiff City FC Women for the 2018/19 campaign, for a second spell at the club.

Formerly a Wales U19 international,with experience representing her country at senior level also, the striker is known for her scoring ability and teamwork.

Catherine has made 15 competitive appearances during the 2019/20 season for Cardiff City's Women's Team, scoring eight times, as of January 20th, 2020.