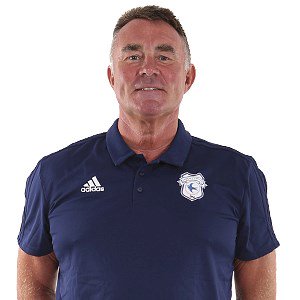 Cwmbran-born Andy began his professional career with the Bluebirds in 1982, before going on to represent Luton Town, Manchester City, Rangers and Wrexham, among others.

The former stopper's return to the Welsh capital saw him link up for a second time with Neil Warnock, following their spell at Rotherham United during the 2015/16 season.