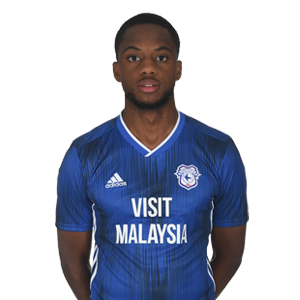 Shamar joined the Bluebirds from Reading on a permanent basis during the summer of 2019. He made his first appearance in the first team squad as a substitute during the League Cup clash with Luton Town in late August, impressing with his pace and direct style.