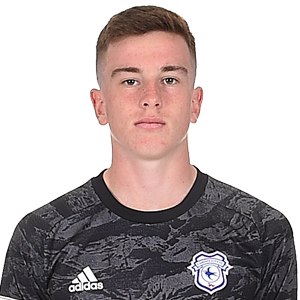 Jamie was brought in from Australia, having previously played for Brisbane Roar and Brisbane City.

The ‘keeper has impressed during pre-season, notably saving a penalty against Westfields FC in a shoot-out victory. he has since made six competitive appearances for the young Bluebirds as of October 8th, 2019.