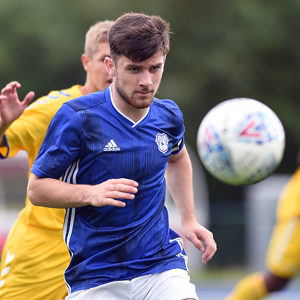 Aaron joined Cardiff City on loan from Shamrock Rovers during the second half of the 2018/19 season.

He is an Irish youth international, and after impressing while at CCS, penned a permanent deal ahead of the 2019/20 campaign.

Aaron travelled with the first team squad during their tour of North America in the summer of 2019.

He spent the first half of 2020/21 on loan with Shamrock Rovers before joining Longford Town for the second part of the campaign.