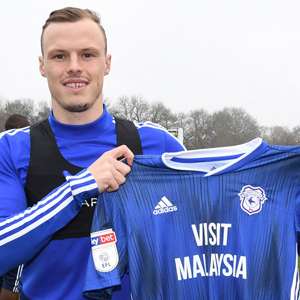 Left-back Brad Smith joined the Bluebirds on a loan deal from AFC Bournemouth on January 30th, 2020.

An Australian international, Smith began his career with Liverpool. A product of the Reds’ Academy, he signed professional terms at Anfield in 2013 and made his senior debut against Chelsea in the Premier League.

The left-sided player, who can operate at full-back or further forward, also boasts 22 caps for the Australia national team, having made his international debut in 2014.