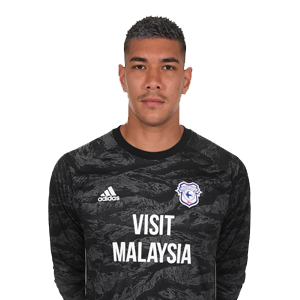 The Bluebirds added Etheridge to their goalkeeping ranks on 30th May, 2017.

The imposing 'keeper, who has made over fifty international appearances for the Philippines, began his career with the Chelsea academy, before going on to play for the likes of Fulham, Bristol Rovers, Oldham Athletic and Charlton Athletic.

He played in all but one of City’s 2017/18 Sky Bet Championship matches, keeping 19 clean sheets en route to Premier League promotion, before signing a new contract in June 2018.

STAY UP TO DATE