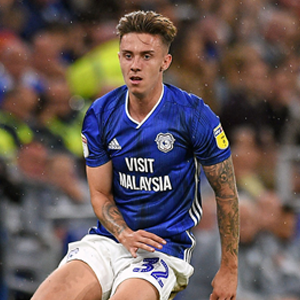 Cameron is a athletic and powerful, modern full back who likes to get forward and play on the front foot.

The Merthyr Tydfil-born youngster is a competent and confident 1v1 defender. He has been at the Academy since the age of seven and has represented Wales at youth level. He made his First Team debut during the 2017/18 season, featuring in a League Cup clash against Burton Albion. His second appearance as a Bluebird came during the League Cup match against Luton Town in August 2019, with another being in City's FA Cup Third Round clash against Carlisle United in January 2020.