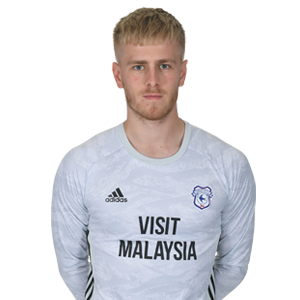 Matt is an exceptional young goalkeeper who has been impressive between the sticks on several occasions so far.

The confident shot-stopper spent 11 years at current Championship side, West Bromwich Albion, after signing at the age of seven. Matt then joined Bangor City when he reached the age of 19. He kept an impressive 10 clean-sheets in 27 outings for the Welsh Premier League outfit. This caught the eye of Cardiff City; who signed the youngster on a two year deal in July 2018.