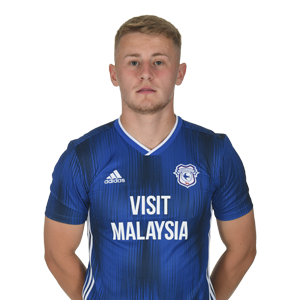 The Newport-born defender has represented Wales at international youth level. He had an impressive spell with Welsh champions TNS on loan during the tail end of the 2019/20 campaign. Following a return from loan with Hereford FC, Bodenham has made a total of eight appearances for the Bluebirds this season.