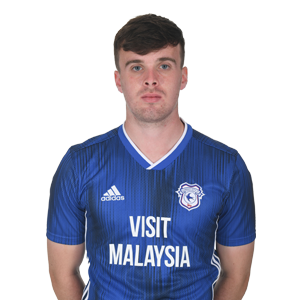 A clever midfield player, Sion is known for his determination and ability to score a variety of goals. Sion is currently a key figure for Wales' U21 side, and has recently returned from a loan spell at 2019/20 Cymru Premier pace setters Barry Town United, making five appearances for City's U23 side as of January 20th, 2020.