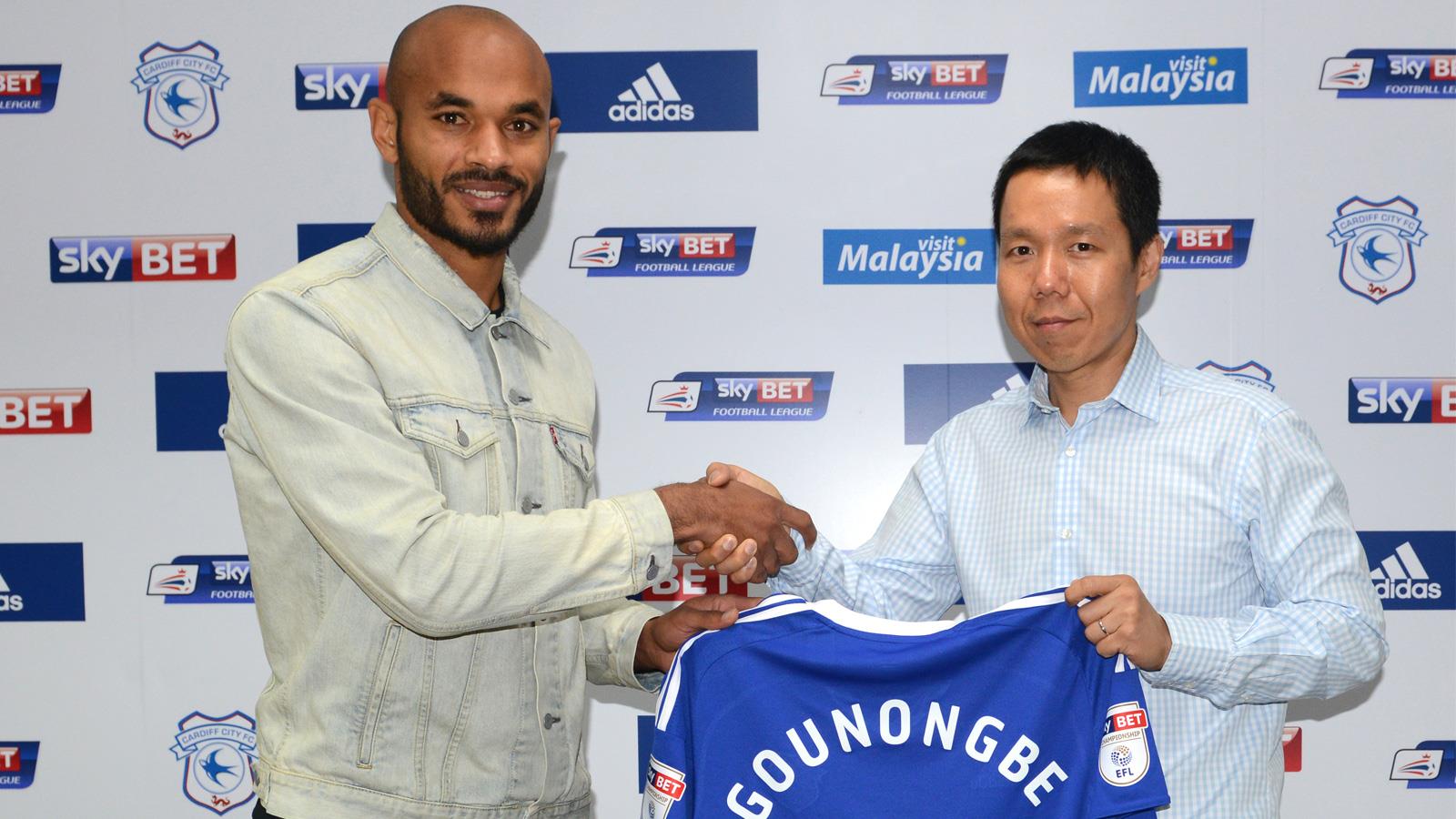 Club News
1st July
, following the expiration of his contract.KVC Westerlo has joined the Club from Belgian side Frédéric GounongbeCardiff City can confirm that forward
Benin-international Frédéric joins the Bluebirds following two years at De Kemphanen, having scored twenty-two goals in the Jupiler Pro League. He has agreed a two-year deal in the Welsh Capital City.
The twenty-eight year old centre-forward becomes Cardiff City’s second signing of the summer, joining Lex Immers at Cardiff City Stadium ahead of the coming campaign. Frédéric will wear the number nine jersey for 2016/17 campaign.
Speaking exclusively to Cardiff City Player HD, Frédéric said: “Obviously I’m delighted to be joining a club like Cardiff City and look forward to playing in our fantastic stadium.
“Coming to the UK and playing my football here is a big challenge and I’m excited about performing in front of the Bluebirds fans. Having the club’s famous number nine shirt is a big responsibility for me, but I can’t wait to start pre-season and giving my best for the club.”

Executive Director & CEO Ken Choo added: “We would like to welcome Frédéric to Cardiff City Football Club. We delighted to be able to bring Frédéric into the fold, who will add to our already accomplished squad.

“So far we have made two additions to our first team, Frédéric and Lex, who will play a big part in our upcoming Sky Bet Championship campaign. Frédéric will wear the coveted number nine (9) jersey, and complement Lex, who has changed to his traditional number ten (10) shirt for the new season.”

in the coming days.Cardiff City Player HDFrédéric's first interview as a Bluebird to follow on