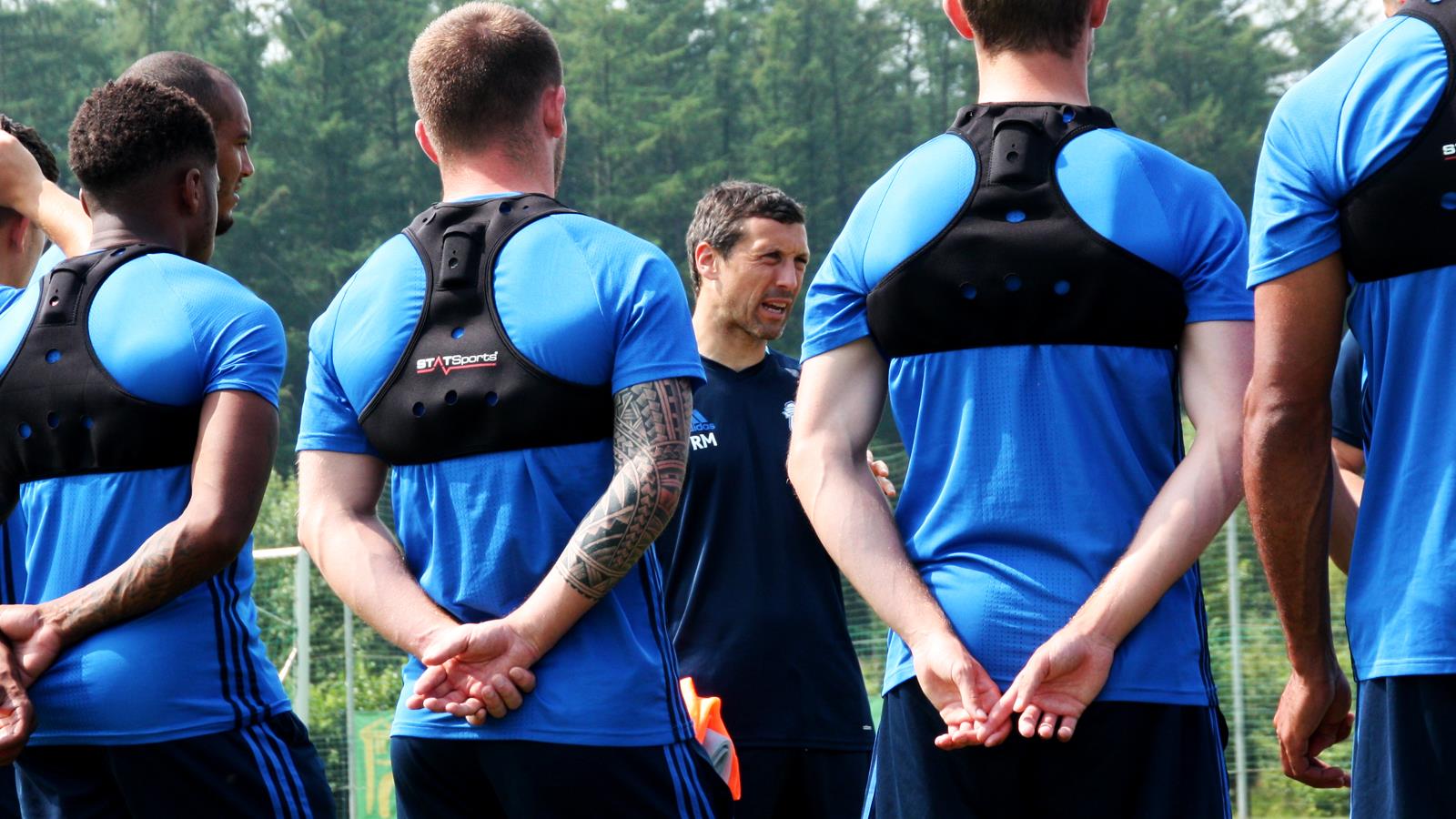 Cardiff City’s Performance Director, Dr Ryland Morgans, spoke exclusively to Cardiff City Player HD during the Bluebirds’ pre-season tour of Germany.
In an interview that you can watch in full now on Cardiff City Player HD, Ryland spoke of his working relationship with the City coaching staff and the importance of embracing the feel good factor of Welsh football so as to garner positive results for the Bluebirds in 2016/17.
He began by reflecting on life in camp as City prepared for the Osnabrück tournament this Saturday and two matches – against VfL Osnabrück and St. Pauli that you can WATCH LIVE BY CLICKING HERE
“Pre-season is always a long, tough time with the lads coming back from their summer break and having to spend time away from their families,” Ryland began.
“It’s finding the balance between working hard and keeping smiles on faces. If you lose the smiles then you’re only going to end up heading in one direction.
“[My philosophy] is linked to how the Head Coach wants us to play. It’s very often about getting players physically ready to undertake their specific roles in the team and cope with tactical demands that the coaches want to employ.
“There’s a scientific, modern approach to it so that players get it right in a game and then are able to recover sufficiently between the Saturday-Tuesday-Saturday schedule. Providing that support is where I hopefully fit into the puzzle.
“Variety is important of course. It’s about being able to stimulate players mentally in a way that they can deliver what we want them to from a physical standpoint. That then links into the tactical strategy for the day, week and game we’re approaching.
“Each day there’s a consistency about what we’re doing – everything has a foundation of fitness and science but it’s then about how we apply that in a football specific manner to allow the coaches to employ the right tactics.
“Over a lengthy seasons, the mental strength of players will form a huge part. We’re going to have some tough games, so the resilience to pull out draws or wins is crucial. That comes from an inner confidence of your technical ability and fitness.
“If you can get the physical side of your game right it will give you the mental confidence to dig deep in games and find what you need to succeed.”
Ryland was part of a four-strong Cardiff City coaching group [alongside Paul Trollope, Martyn Margetson and Paul Harris] that helped lead the Welsh national team to the semi-finals of EURO 2016 this summer and brought about the re-invigoration of football in Wales.
The Welsh squad and players were welcomed home amidst spectacular seasons earlier in July before emerging at Cardiff City Stadium to over 30,000 supporters to sign off an historic tournament.
And Ryland states that evoking the emotion and good feeling of the summer is top of the coaching staff’s agenda as we edge ever closer to the start of the 2016/17 campaign.
“When we came home [after the EUROS], it was our first opportunity to witness what it had meant to the country,” he reflected.
“It was very moving and emotional to come back to our families, our capital city, and receive the welcome we did. We’ve spoken as a staff and said how we have to maximise the Welsh football high as we move
forward at Cardiff City.
“[In addition to the two Pauls and Marge] I’ve known Lennie Lawrence for fifteen years or so and James Rowberry is someone I’ve known for a length of time. It’s always nice to see a few familiar faces and now it’s about shifting across what we’ve learned and experienced with Wales for the benefit of Cardiff City. Only time will tell, but the good complement of staff and our knowledge of each other’s practices can be of benefit.”
WATCH A TEASER OF RYLAND'S EXCLUSIVE INTERVIEW BELOW...