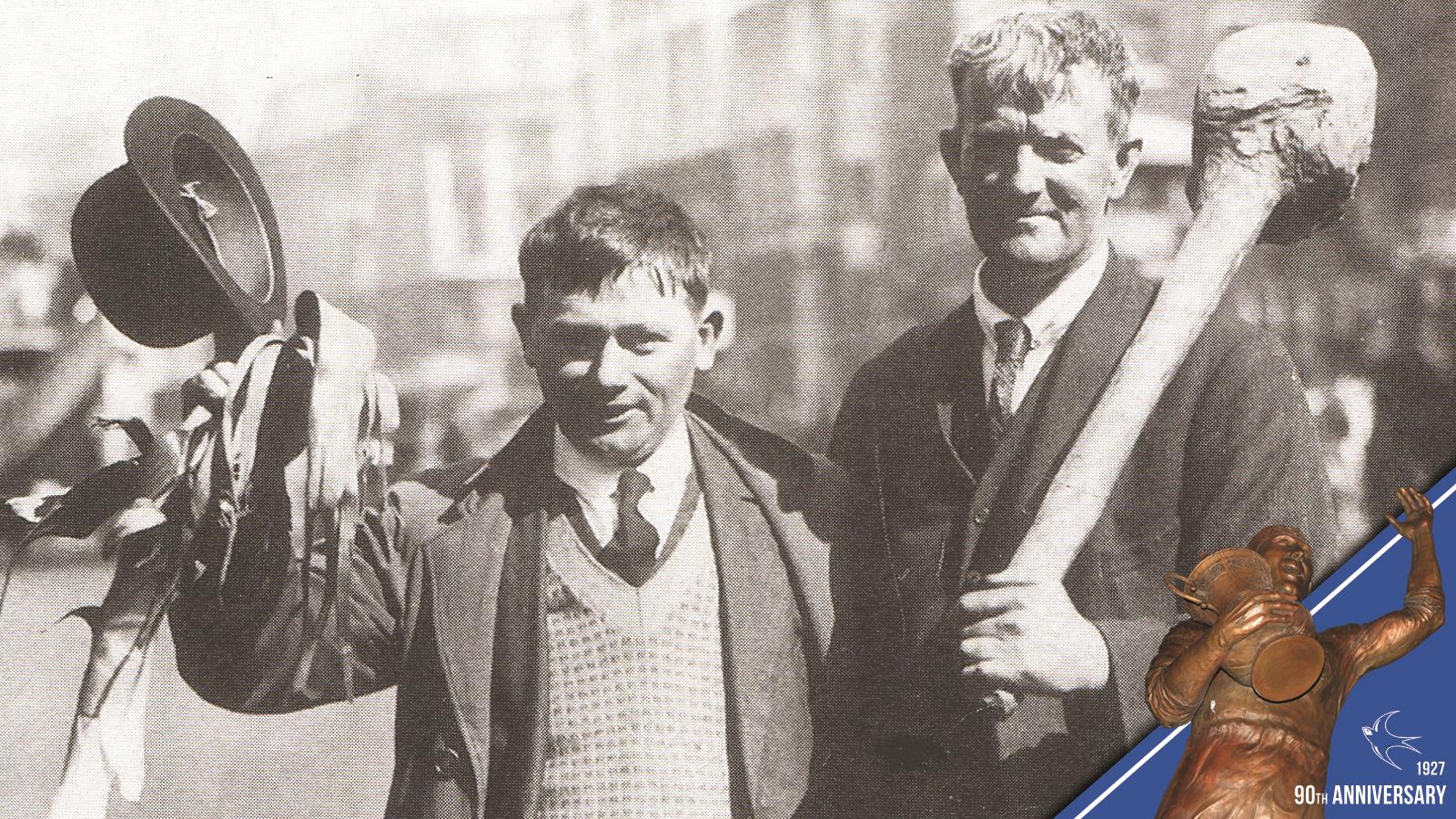 On Cup Final morning (April 23rd 1927), Cardiff City players were up for breakfast at their Harrow-on-The-Hill hotel between 9 and 10am, then spent the morning strolling in the hotel grounds and playing billiards.
Pre-match lunch was at mid-day consisting of boiled mutton, toast and tea, and at 1.15pm they left by coach on the four-mile trip to Wembley. The coach had a leek attached to its bonnet, with a small red dragon flag, and blue and white steamers. Confidence was high, and the players sang popular songs on the journey to Wembley, arriving on time at 2.00pm.
Two years earlier, the team had arrived far too early for the Final against Sheffield United, and the long wait had made them nervous. But this time Fred Stewart’s arrangements were perfect.
NOT SO SMOOTH FOR THE GUNNERS
Arsenal, however, had a few problems on their journey to the Stadium. They had trained during the week at their Highbury ground, and attended a theatre in London on the night before the match. On the Saturday morning they had met up at the Hendon Hall Hotel in North London (later to become a well-known England base). They left in what they thought was good time after their pre-match lunch, but ran into heavy traffic on the way to Wembley.
Manager Herbert Chapman, usually so meticulous in his arrangements, had not foreseen this so left the coach to telephone for a police escort. Two motor-cycle police units soon arrived, escorting the coach through the traffic, and the Arsenal party reached Wembley with no further problems.
ABIDE WITH ME
King George V was due to arrive for the game twenty minutes before kick-off, and other distinguished guests included war-time Prime Minister David Lloyd George, and future war-time Prime Minister Winston Churchill, then Chancellor of the Exchequer.
Community Singing, sponsored by the Daily Express, had been taking place before games over the previous few months, and was part of the pre-match programme at Wembley. It would include ‘Hen Wlad Fy Nhadau’, ‘God Save The Queen’ and ‘Abide With Me’ - the first time that it would be played at an F.A. Cup Final.
The hymn, written in 1847 by a Devon vicar, was chosen because when the F.A. Secretary – Sir Frederick Wall – had enquired of Buckingham Palace what The King would like to hear, he requested ‘Abide With Me’; it was his wife Queen Mary’s favourite hymn and it has since been played before every F.A. Cup Final.
‘BACK TO SQUARE ONE’
This was the first time that the Final had been broadcast to the nation by the BBC, and for listeners to be able to follow play in detail, a plan of the pitch divided into eight squares was published in The Radio Times.
The match-commentator was journalist George Allison who was in fact an Arsenal director and later their Secretary/Manager. His assistant was Derek McCulloch (later to become ‘Uncle Mac’ of BBC Children’s Hour), and his role was to call out the number of the square in which the ball then was – could this have been the origin of the phrase “Back to Square One”?
Meanwhile in Cardiff, the BBC set up loudspeakers in Cathays Park and some 10,000 people were there to hear the broadcast – the first-ever ‘Fanzone’!
'HOW ARE YOU ERN?'
Pre-match presentation-instructions from the F.A. were for Cardiff City to walk from the players’ tunnel, which was behind the West goal, followed by Arsenal; both teams were then to line-up on the pitch in front of the Royal Box.
But Fred Keenor had other ideas. He told his players that he would run out of the tunnel with his colleagues running behind him, and that he would kick a ball onto the pitch before they lined up. He felt that this would dispel any tension that his team might have.
The King was first presented to Arsenal by their captain Charlie Buchan, and then Fred Keenor introduced him to our players. Ernie Curtis, the youngest-ever player to appear in a Cup Final up to that time, and the only unmarried man amongst the twenty-two players, was asked later what was said to him by The King.
Ernie recalled: “He mumbled something which I didn’t catch. So I told people afterwards that he said ‘How are you, Ern’?’
"And I told them that I replied ‘Fine thanks, George. See you after the game’!”
FIND OUT MORE AT THE CARDIFF STORY MUSEUM EXHIBITION... CLICK HERE!