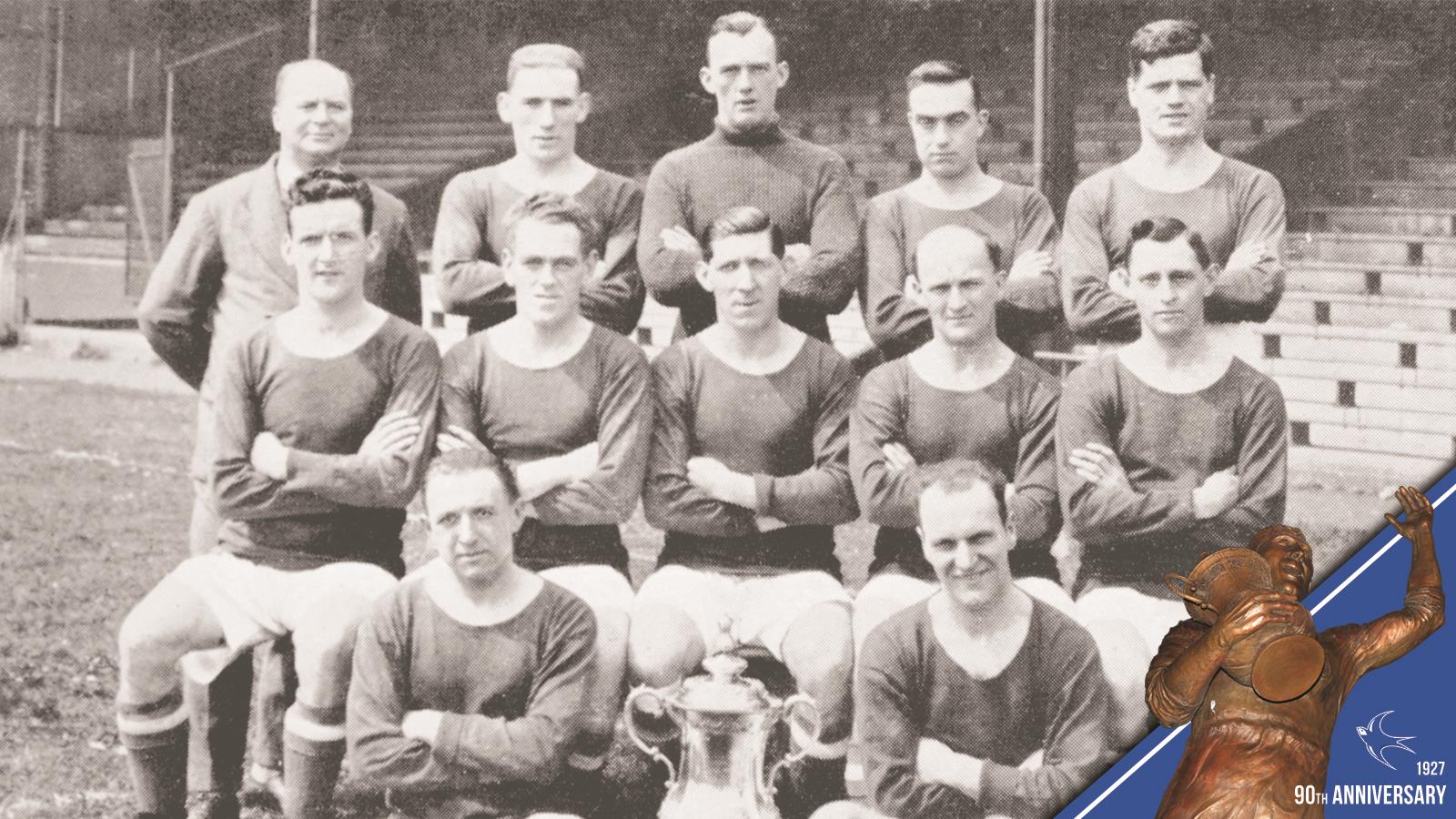 90 YEARS - AN ANNIVERSARY TO REMEMBER

This photograph is of what many would consider as being the most famous Cardiff City side in the Club’s history...

It is the team that won the F.A. Cup in 1927 by beating Arsenal 1-0 at Wembley, and this coming Sunday (April 23rd) is the ninetieth anniversary of that memorable victory when we became the only club to date to win the trophy from outside the jurisdiction of the Football Association.
The English Cup
When the F.A Cup competition began in 1871/72, it was open to clubs from England, Wales, Scotland and Ireland. Queen’s Park of Scotland reached the Final on successive occasions in the mid-1880s, but each time were beaten by Blackburn Rovers.
With the formations of the Scottish F.A. and Irish F.A., their clubs no longer took part in the F.A. Cup but played in their own Association’s cup competitions. But Welsh clubs, whilst playing in the F.A. of Wales cup competition, continued to play in what was popularly known as ‘The English Cup’ (though that was never its official title).
‘Slipped against his jersey’
Following our election to the Football League in 1920, we had reached the semi-final in 1921 and then the Final in 1925 when we lost 1-0 to Sheffield United. Two years later we were back at Wembley to face Arsenal who had never before reached the Final.
The 1927 Final was decided by a seventy-third minute goal when our centre-forward Hughie Ferguson’s eighteen-yard shot was saved by Arsenal’s Welsh International goalkeeper Dan Lewis - only for the ball to slip against his jersey and under his left arm. In trying to retrieve the ball, he knocked it with his elbow over the line.
There was a massive reception for the team on their return to Cardiff two days later, and they were photographed for posterity at Ninian Park eight days after the Final - not in their Cup Final shirts but in their regular match-day strip. However, one of those Final shirts is currently on display in an exhibition of 1927 memorabilia being held at the Cardiff Story Museum at The Old Library, Trinity Street in Cardiff’s city centre (CLICK HERE TO VISIT).
More '27 Cup memories to follow here throughout the week...