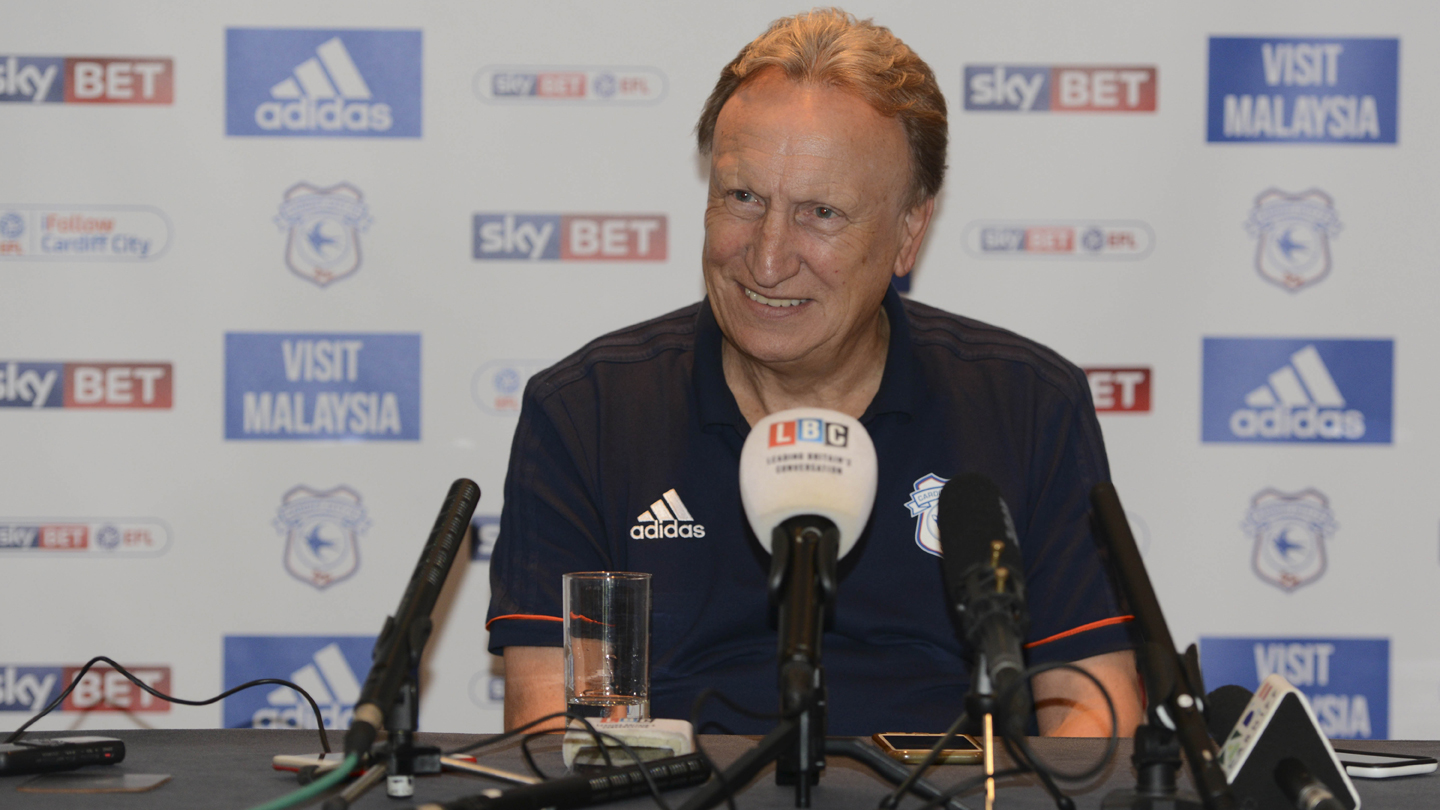 Warnock: "We're Looking To Improve All The Time"

Neil Warnock spoke to the assembled press ahead of his side’s final August match, against Queens Park Rangers.

"We all realise how difficult of a game it is. They did ever so well up at Sheffield Wednesday and they’ve had a decent start, so it’s going to be tough.

“They’ve got some good players. Some of the lads are still there from when I was there and they’ll get a good backing. It’ll be nice to see some old faces but we’re focussing on getting a good result ourselves."

Neil also expressed his delight at Sol Bamba putting pen-to-paper on a new three-year deal in the Welsh capital.

“I think he’s shown that he’s like a young pup at the minute,” the Gaffer continued. “We’ve rewarded him and it’s nice to tie him down.

“He’s done really well, and I think it’s only right that we can give him that little bit of security because he’s so committed to the club.

“I know how good he is, I wouldn’t worry playing him in the top flight let alone the Championship. That’s how much I rate him.”

The Gaffer continued to discuss the depth within his current squad.

“I feel sorry for (Danny) Ward. He’s on fire in training and looks so sharp, then we put him on the left wing, but he’s such a credit to us.

“Kadeem’s got to come back at some stage too. It’s promising. We’re looking to see how we can improve all the time.”