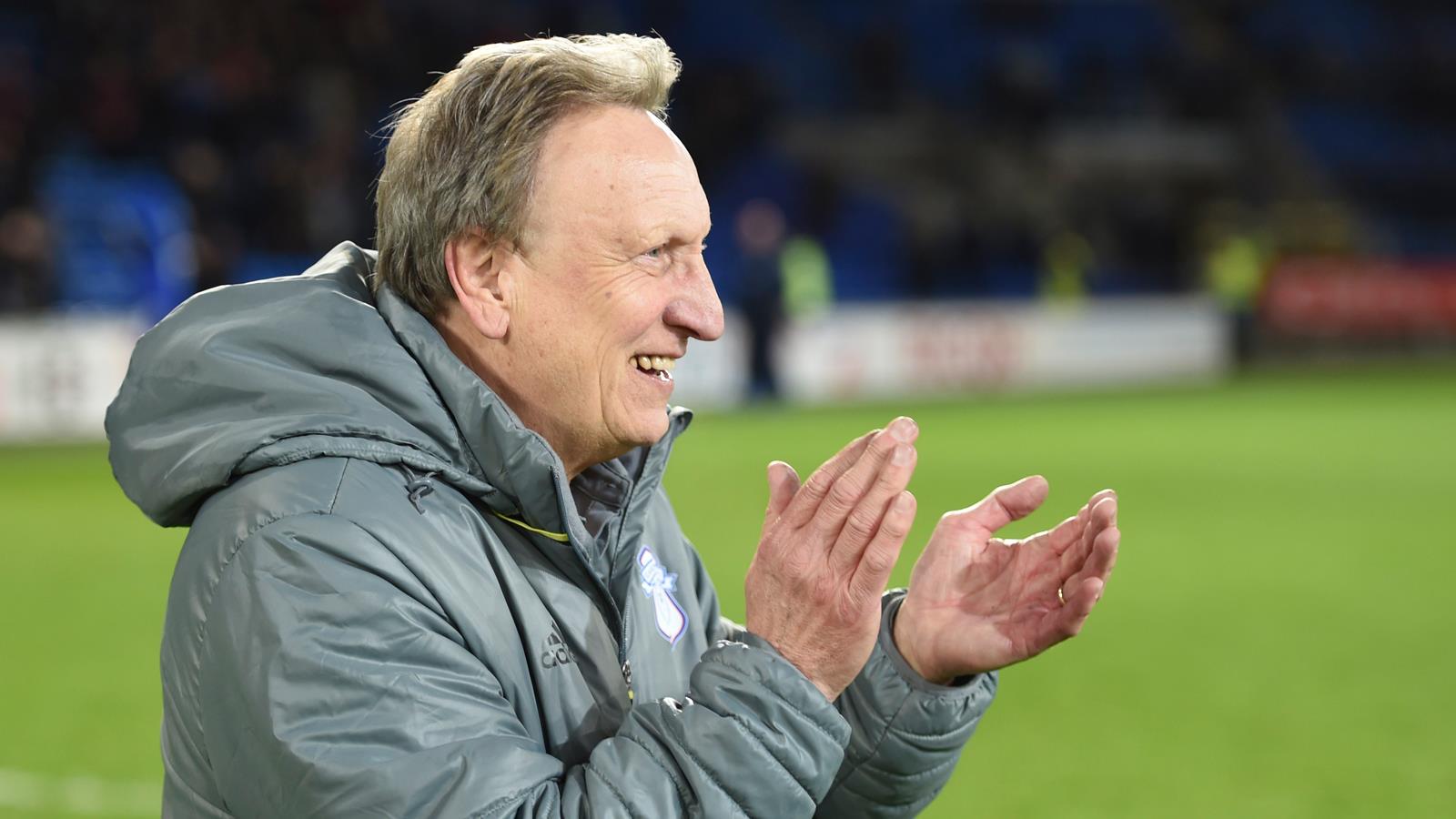 WARNOCK | IT'S NOT 'JUST ANOTHER GAME'

"It's a derby where everything's at stake," says the City boss...


Neil Warnock took charge of a pre-match press conference at the Vale Resort on Friday morning as he looked forward to the weekend's Severnside Derby against Bristol City.

The City boss was in confident spirits as he relished the clash at Ashton Gate, which kicks off at midday on Saturday.

"It's a great fixture," began Neil. "It was the first one when I came to the club and the atmosphere was brilliant.

Scroll down for highlights of City's October victory over Bristol City at CCS...

"I've had some derbies over my career, as you can imagine, and they're always a bit special. It's no good saying 'it's just another game'. It isn't another game - it's a derby where everything's at stake.

"We both realise how important the game is... I'm surprised with where they are [in the league] now, but we've just got to worry about ourselves.

"I am confident of what's in the dressing room, and with it being a derby, it does whet the appetite."

Neil went on to reflect on City's business in the January transfer window to date and assess his playing squad for the short trip over the Severn Bridge.

The Manager also commented on this week's appointment of former Bluebird, Andy Dibble, as the club's goalkeeping coach.

"He's enthusiastic, that's for sure," added Neil. "He's Cardiff through and through. Even when I was at Rotherham last year, he wouldn't shut up about Cardiff!

"He's delighted to be here and we've just got to keep him calm a little bit. It's lovely to have people like that who want to be at the club, and he's a very good goalkeeping coach as well."