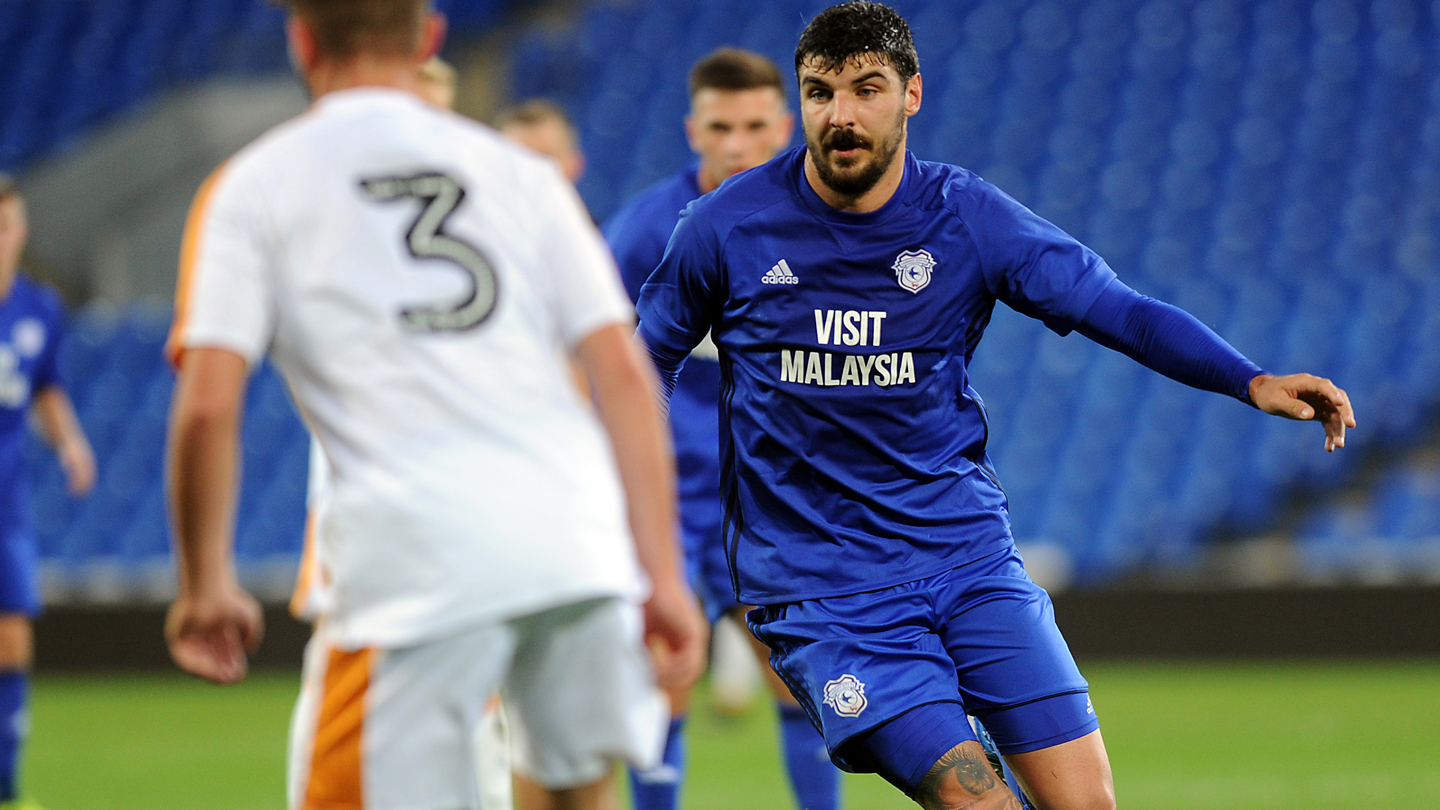 Cardiff City came from behind on three occasions to secure a deserved draw in their Premier League Cup opener against Blackburn Rovers.

Right-back Callum Paterson scored all three of the Bluebirds' goals, completing his hat-trick with a last-gasp equaliser to earn his side a point on the road.

The game kicked off at 7pm and the hosts took the lead inside the first 60 seconds, as Joe Nuttall’s strike beat Lee Camp to make it 1-0.

However, their lead was short-lived, as Paterson headed home his first from a free-kick after 17 minutes to bring the game back level. The goal was the 22-year-old's first in City colours, since his summer arrival.

Before the interval, the Bluebirds had the better of the chances and were unlucky not to go ahead. Tyrone Duffus did well to connect with a cross after 23 minutes but his goalward header was saved by Andy Fisher.

The Rovers shot-stopper was on hand to deny City again on the half-hour mark. Ogo Obi dribbled well into the box and forced an excellent save from the in-form 'keeper.

Three minutes after the restart and the Bluebirds trailed for a second time at Leyland County Ground. Forward Daniel Butterworth picked up possession near the halfway line, before surging into the Bluebirds' penalty area and finishing with a low shot inside the far corner.

Jarred Harvey’s side responded quickly again when the lively Paterson got his second of the evening four minutes before the hour mark. The Scotland international made no mistake at the back post, clinically heading in from Cameron Coxe’s well weighted delivery to make it 2-2.

After 71 minutes the home side were awarded a penalty when full-back Rhys Abbruzzese was adjudged to have brought down Stefan Mols inside the box. Nuttall stepped up to take the spot-kick but Camp produced a sensational save to deny the forward his brace. His shot was tipped onto the bar by the Northern Ireland international.

Chances fell both ways as the game approached the final ten minutes, before Damien Johnson’s side looked to have scored the winner late on. There were just three minutes left when Nuttall made up for his penalty miss with a composed side-footed finish inside the area, to make it 3-2.

However, the spoils would be shared, as Paterson popped up for his third of the game in added time. It was another header for the right-back as he latched onto a long ball before guiding his effort into the top corner of the net.

That capped an entertaining evening as the Bluebirds came away with a deserved draw in their first Premier League Cup encounter of the 2017/18 campaign. Harvey’s side are scheduled to host Southampton on Thursday 2nd November for their second meeting in the group stages of the competition.