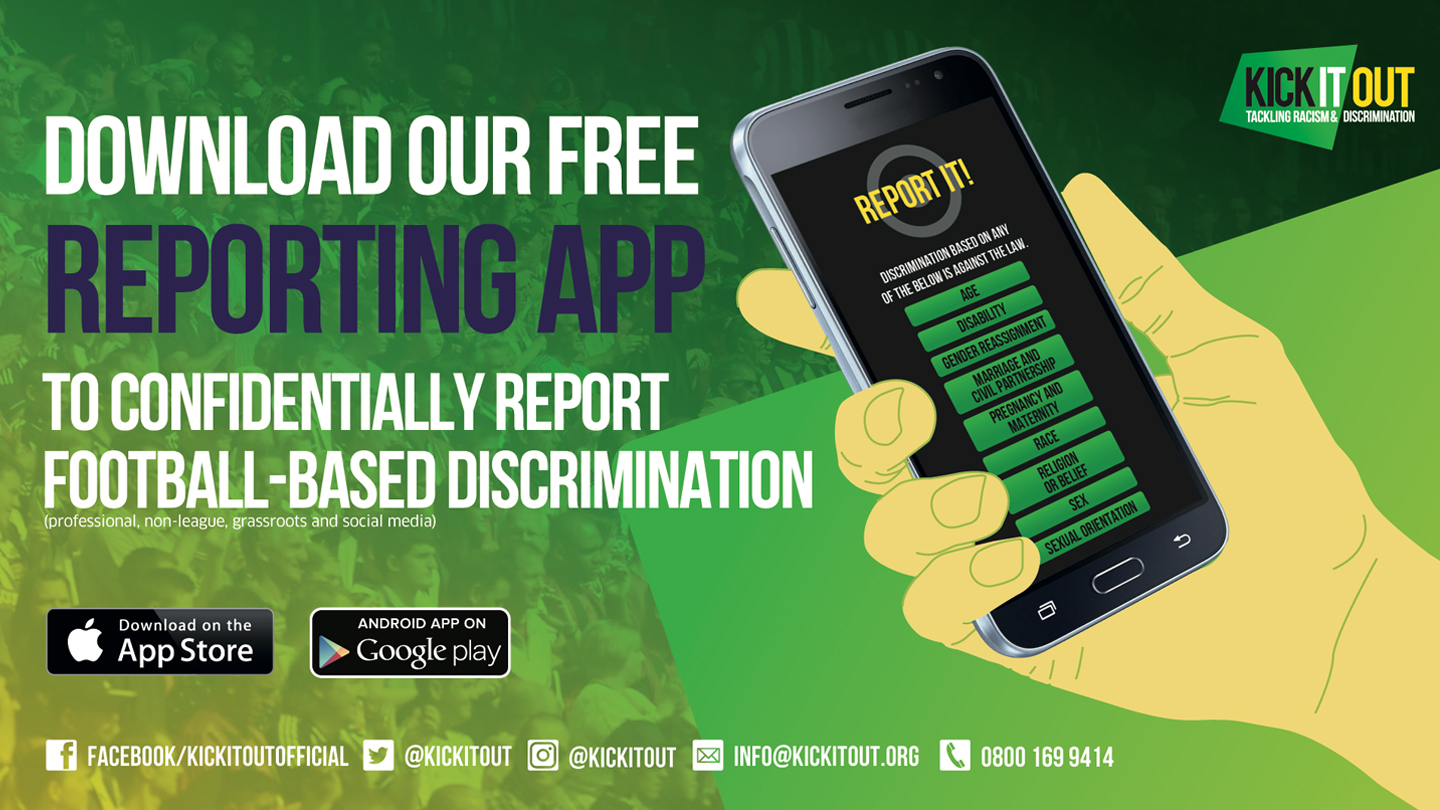 The Bluebirds support Kick It Out

Ahead of Cardiff City’s fixture against Wolverhampton Wanderers - dedicated to the work of Kick It Out, football’s equality and inclusion organisation - we are encouraging football supporters to report any discrimination they see or hear at a game this season.

Since 1993, Kick It Out has worked throughout the football, educational and community sectors to challenge discrimination, celebrate diversity and inclusion, and campaign for positive change.

Despite the progress made since then, Kick It Out’s reporting statistics show that incidents of discrimination continue to increase and they cannot tackle the issue alone.

That’s why the organisation is asking for the help of supporters to report any discriminatory abuse they see or hear – whether that’s related to age, disability, gender reassignment, marriage and civil partnership, pregnancy and maternity, race, religion or belief, sex or sexual orientation – in and around Cardiff City Stadium today or in the future.

Throughout the 2017/18 season, Kick It Out will be raising awareness of the procedures in place for supporters to report any discrimination they witness or suffer at a professional game, non-league, grassroots or even online.   The easiest way to report is to download the Kick It Out app which allows users to confidentially report incidents of discrimination seen or heard at a football match or online.

The app, which is available to download for FREE on iPhone or Android, allows users the ability to attach video, photo and audio evidence to complaints to aid investigations into discriminatory abuse and behaviour at matches. Users can also report incidents of football-related discrimination to Kick It Out on social media.

Reporting via the app is confidential, and sits alongside the organisation’s well-established methods of reporting, including via email and Freephone. Supporters can contact Kick It Out on 0800 169 9414 or by emailing info@kickitout.org.

Further information is available at kickitout.org – or download the app here (Apple) or here (Android).