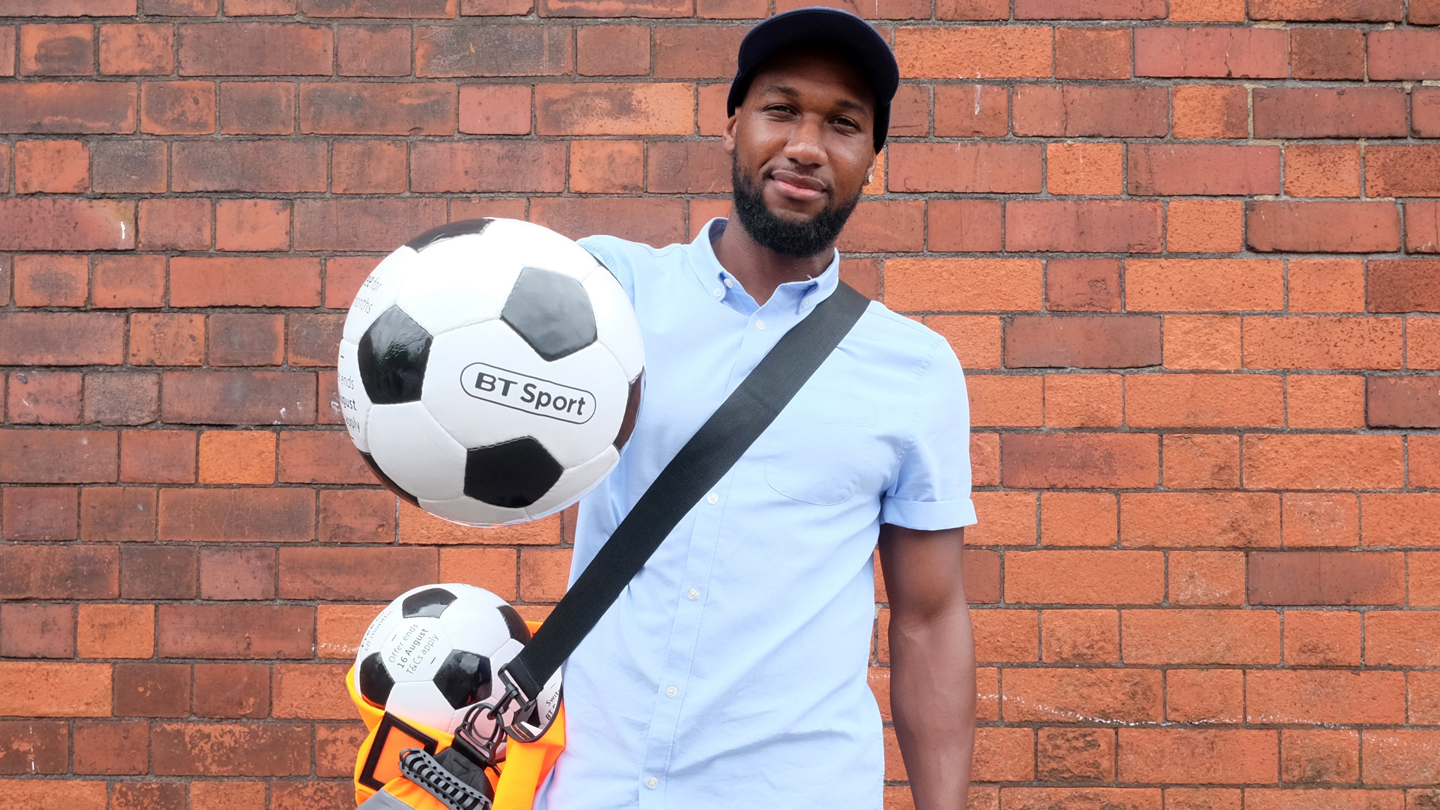 BT Sport: The Premier League delivered to your door

With the new Premier League season looming, and excitement in the air, BT and Cardiff City decided to help everyone get settled in ahead of the first game with a very special, early morning delivery.

But rather than drop it through letterboxes, Cardiff City sent star forward Junior Hoilett out to assume the role of local postie for the day.

The Premier League delivered to your door.

Get BT Sport free for 18 months when you switch to BT Broadband: https://t.co/VwYeXkn9tP pic.twitter.com/cHSQlSY9i6

Junior, with Premiership precision, delivered BT Sport branded footballs - with BT’s epic new broadband offer emblazoned on the side – into front and back gardens across the city.

Cardiff’s fevered football fans followed Junior Hoilett through the streets as he delivered BT’s ‘Free BT Sport for 18 months when you switch to BT Broadband’ message via post bags full of promotional footballs, kicking them into scores of real residential gardens across Cardiff. The campaign aimed to ignite the excitement of the city and its love for the beautiful game, capturing the youthful joy of lost balls in back gardens.

The streets sprung to life as the BT balls appeared – an exciting occasion that aimed to get everyone watching and discussing the Bluebirds’ upcoming Premier League campaign.

Visit BT.com to find out more.