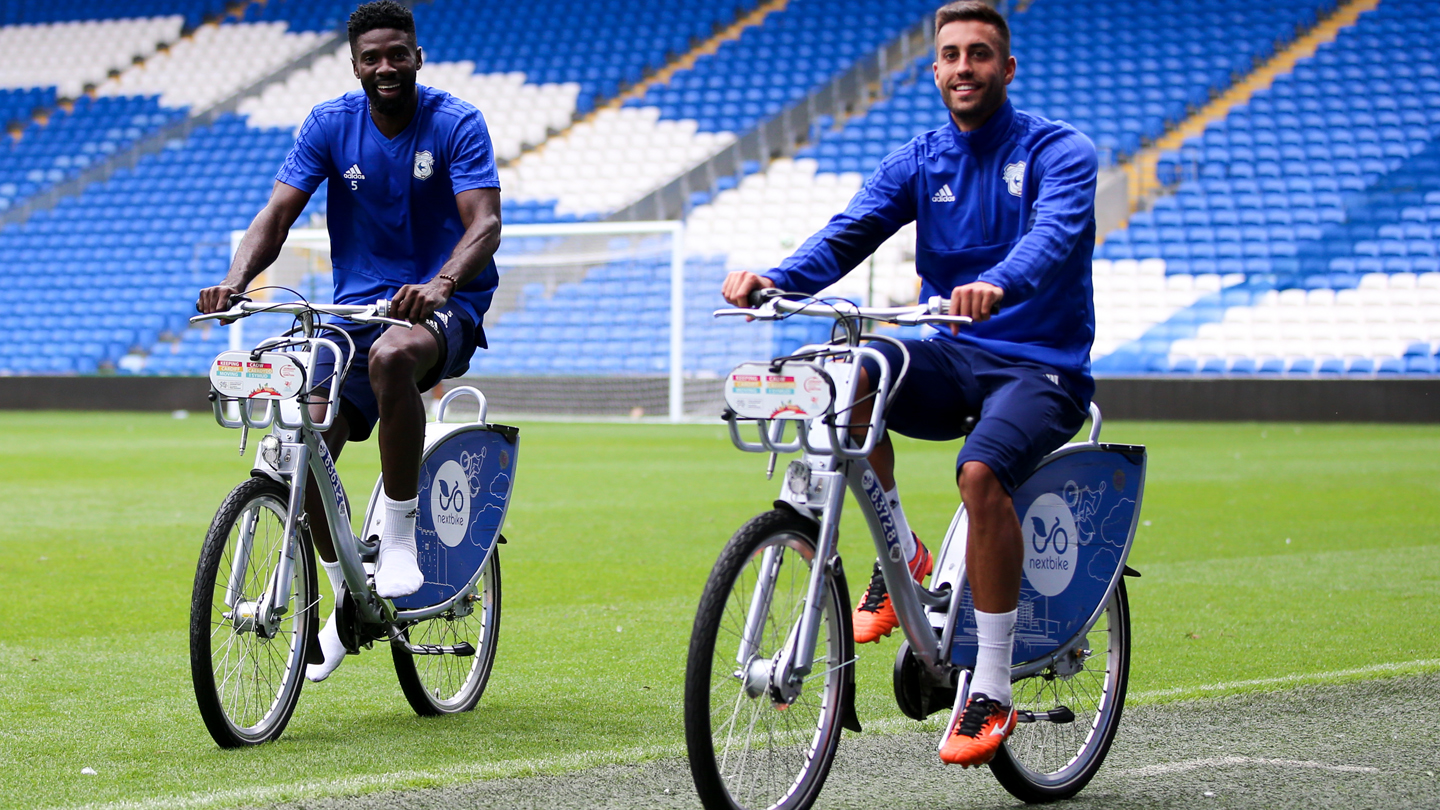 Cycle to CCS with nextbike!

Cardiff City fans are being encouraged to pick up a nextbike and beat the traffic for the Club’s first home game of the Premier League season this Saturday.

The world’s most extensive bike share provider, nextbike, has partnered with the Bluebirds to offer loyal Season Ticket Holders the chance to ride to home matches for free until the end of October.

Cycle to CCS with @nextbikeUK! ?

Scores of Bluebirds are expected to use two wheels to get to the match on Saturday 18th August, which will see Cardiff City take on Newcastle United in their first home Premier League match of the campaign.

In a bid to reduce matchday traffic, nextbike is installing a temporary station at Cardiff City Stadium, close to the Fred Keenor statue, to encourage more fans to opt for two wheels when travelling to and from the ground.

And as part of the trial, all Bluebirds Season Ticket Holders will also be entitled to 30 minutes free cycling per trip on matchdays for the first five weekend home matches of the season (Newcastle United, Arsenal, Manchester City, Burnley and Fulham).

A free-use code will be emailed to all Season Ticket Holders ahead of the weekend to take advantage of this exclusive offer.*

What’s more, if the trial is deemed a success, the station will be made a permanent fixture.

“Our aim as a provider is to change transport habits so this is an incredible opportunity to change the way Cardiff City FC football fans get to and from matches,” he said.

“With so many people trying to get to one area of the city in such a confined time period, the traffic disruption is huge.

“By installing the temporary station along with a special offer for season ticket holders, we are confident that we will be able to have a positive impact by helping to reduce Cardiff’s traffic build-up when the team is playing at home.”

To see a full map of all of the nextbike stations in Cardiff, head over to www.nextbike.co.uk/en/cardiff/locations.

The quickest way to register for nextbike is by using the free app - download it here!

*Code will be sent to all 2018/19 Season Ticket Holders who have opted in to partner communications.