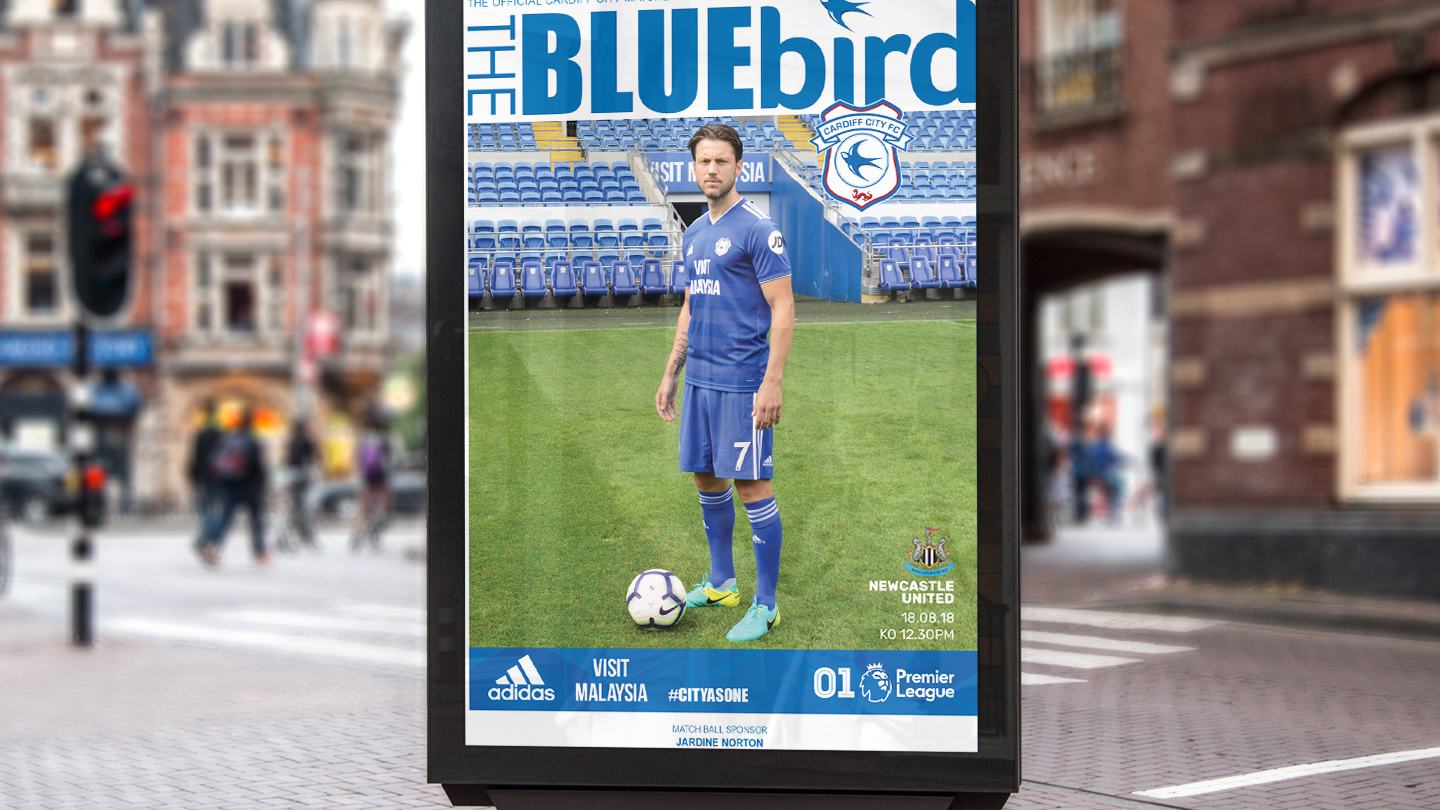 'The Bluebird' is back as Cardiff City face Newcastle United in their first Premier League home fixture of the 2018/19 campaign on Saturday 18th August.

This edition of ‘The Bluebird’ programme features new signing Harry Arter as the cover star, along with an exclusive six-page interview with the new recruit.

Here’s a little taster of what Harry had to say regarding his move to South Wales...

"My career has gone quite high in the last few years – on the way up I drove past Newport County’s ground and that brought back memories of making my Woking debut there around this time, eight years ago.

"That was a completely different time for me and I felt proud coming to a stadium like this and joining a great Club like Cardiff City. It’s a fantastic City and I’m very proud to be a Bluebird."

Also hear from the Chairman, Mehmet Dalman, Neil Warnock, and City's no. one, Neil Etheridge, as they preview the Bluebirds' 2018/19 Premier League campaign.

There's more in-depth analysis of Rafael Benítez's Magpies squad, all you need to know about the opposition and an extensive historical section exploring our shared past with Saturday's visitors.

We'll have a new-look fan section highlighting everything that has gone on at the Club throughout the week, the returning Junior Bluebirds pages and a brand new Fantasy Premier League guide!

From up to three hours before kick-off, you can pick-up issue no. 1 for just £3 at Cardiff City Stadium. Avoid disappointment and don’t miss out on this bumper edition of ‘The Bluebird’!

‘The Bluebird’ is stocked at various external retail Bluebird Booths around the stadium.

The external ‘Bluebird Booths’ are located at the following three locations: