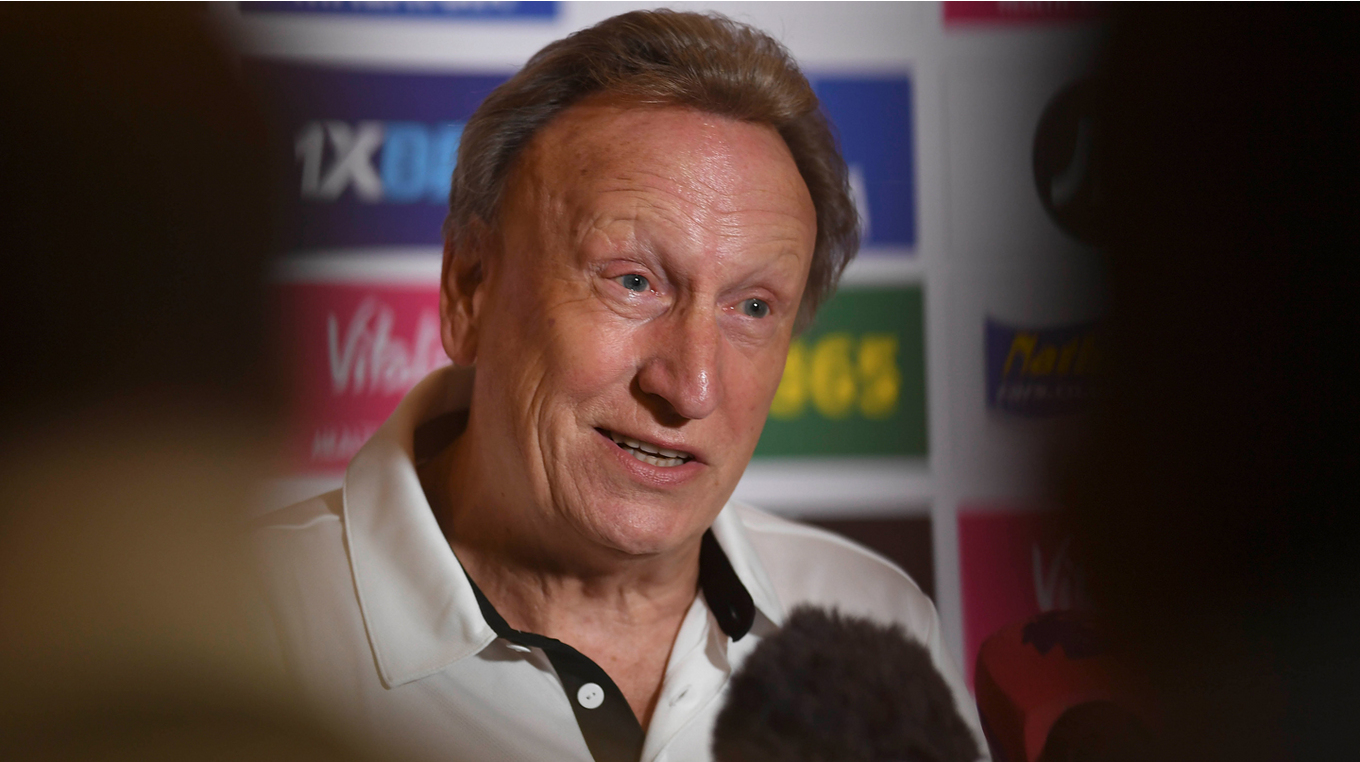 Warnock: "It will be great to pit our wits against them"

Neil Warnock held a pre-match press conference as he prepared his squad for this Sunday's Premier League clash with Arsenal.

The Gaffer reflected on their top flight start, whilst addressing the need for his men to take their opportunities in upcoming matches.

“I think the lads have given everything they can and I’ve been quite pleased with the performances," he began. "That includes against Bournemouth - and I think in every game, we could have got something.

“If [Sean] Morrison’s chance went in on the hour, the last 30 minutes would have been different at Bournemouth, and in the other two, I think we should have won both games.

“I’ve been pleased with that, but if you go higher, you’ve got to take your chances. It’s down to me more than them - I know what my lads can do and I’ve got to come up with a solution. You’ve got change all the time as a manager.

“I want to enjoy the games against the big boys, if that’s possible. My tactics have got to reflect that, and that’s by giving us a chance to score goals.”

The City boss also revealed what he expects from Unai Emery's Arsenal this Sunday, whilst regaling the press and media with his account of facing the Gunners' former manager, Arsène Wenger.

“I’ve been pitting my wits against Wenger for so many years it’s untrue," said Neil. "I went to the Emirates with Sheffield United for my 1000th game.

“I said: ‘look at the dugouts, Arsène. They’re miles away - you’ll not hear me today!’

“He looked nonchalantly at both dugouts and said: ‘Neil, you will find a way.’ [laughs]

“So, I’ve had some good times with Arsène, and I was sad because the grass is not always greener. But I do like Emery - I think he’s got some great vision and some fantastic players - but it will be great to pit our wits against them.”