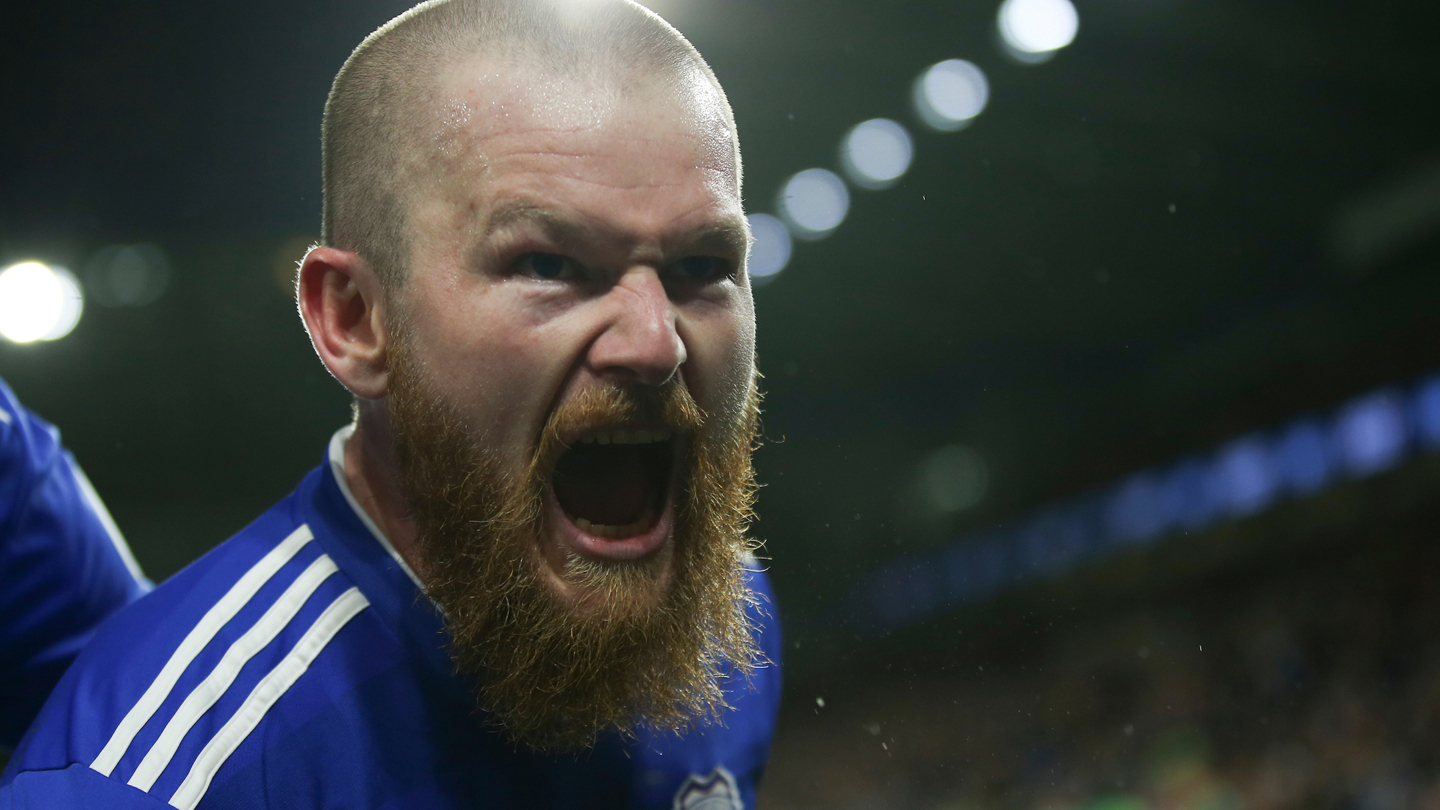 Junior Hoilett’s wonder strike turned out to be the worthy winning goal, as the Bluebirds produced a spirited second-half performance to earn a comeback victory over Wolverhampton Wanderers.

The Bluebirds made two changes to the side that lined up at Goodison Park last time out; Hoilett and Josh Murphy came in for Greg Cunningham and Kadeem Harris. Wolves also made two changes, with Romain Saïss and Adama Traoré coming into the starting lineup for Nuno Espírito Santo’s side. Cardiff City Stadium showed their support throughout the match for Stonewall's Rainbow Laces campaign.

After a lively start to the match, it was the visitors who opened the scoring after eighteen minutes. A corner from the right was met by the head of Raúl Jiménez, forcing a brilliant one-handed save from Neil Etheridge. However, Matt Doherty reacted first, nipping in to fire the ball into the roof of the net and give his side the lead.

The Bluebirds almost equalized ten minutes before the break, with Harry Arter coming close to his first City goal. After Sean Morrison’s header was blocked in the box but only half-cleared, the midfielder fired from the edge of the box, with his powerful shot agonisingly striking the corner of post and bar. A number of crosses looked to threaten the Wolves defence, but the Bluebirds were unable to level the scores before the break.

City came out of the blocks in the second half, with Víctor Camarasa finding space and delivering a dangerous cross, although the ball narrowly evaded Callum Paterson. Former Norwich City winger Josh Murphy also looked threatening and struck a low effort into the side netting of Rui Patricio’s upright. Wolves grew into the half and began to create chances of their own. Jiménez did well to make an opening in the area but fired his early shot over the bar, before Rúben Neves stung the palms of Etheridge with a fierce drive.

Just after the hour mark, the Bluebirds deservedly got their equaliser, having been the better side in the second half. Arter again went close with a shot from the edge of the area, earning a corner following a goal-line block by a Wolves defender. From the resulting set-piece, the Irish midfielder kept the move alive and delivered a high ball into the area, with skipper Morrison winning the header. The ball dropped in the air towards Aron Gunnarsson, who acrobatically fired the ball into the roof of the net for his first goal of the season.

With the game finely balanced, and having been involved in the City goal, Morrison maintained parity for the Bluebirds with a superb sliding block. Wolves’ Mexican striker Jiménez had broken down the flank, but his low ball towards substitute Diogo Jota was expertly intercepted by the City captain a few yards from goal.

City continued to put pressure on their opponents and were rewarded in some style twelve minutes from time. In sublime fashion, Junior Hoilett opened his account for the season with an exceptional dipping strike. The Bluebirds kept the ball alive in the penalty area and worked across to the left flank. The Canadian winger received the ball on the corner of the area, looked up, and curled an inch-perfect shot into the far corner, leaving Portuguese international Rui Patrício with no chance.

Joe Ralls almost doubled City’s advantage with five minutes remaining, striking well inside the box to earn another corner for the Bluebirds. However, Wolves launched a superb counter-attack from the set-piece, culminating with Morgan Gibbs-White firing over the bar from inside the box.

The visitors kept possession to make for a nervy final five minutes, but the Bluebirds pressed well and defended staunchly, earning a third home win in four matches. The victory lifts Neil Warnock’s men up to fifteenth place ahead of the rest of the weekend’s fixtures, with a trip to West Ham United up next on Tuesday, December 4th.