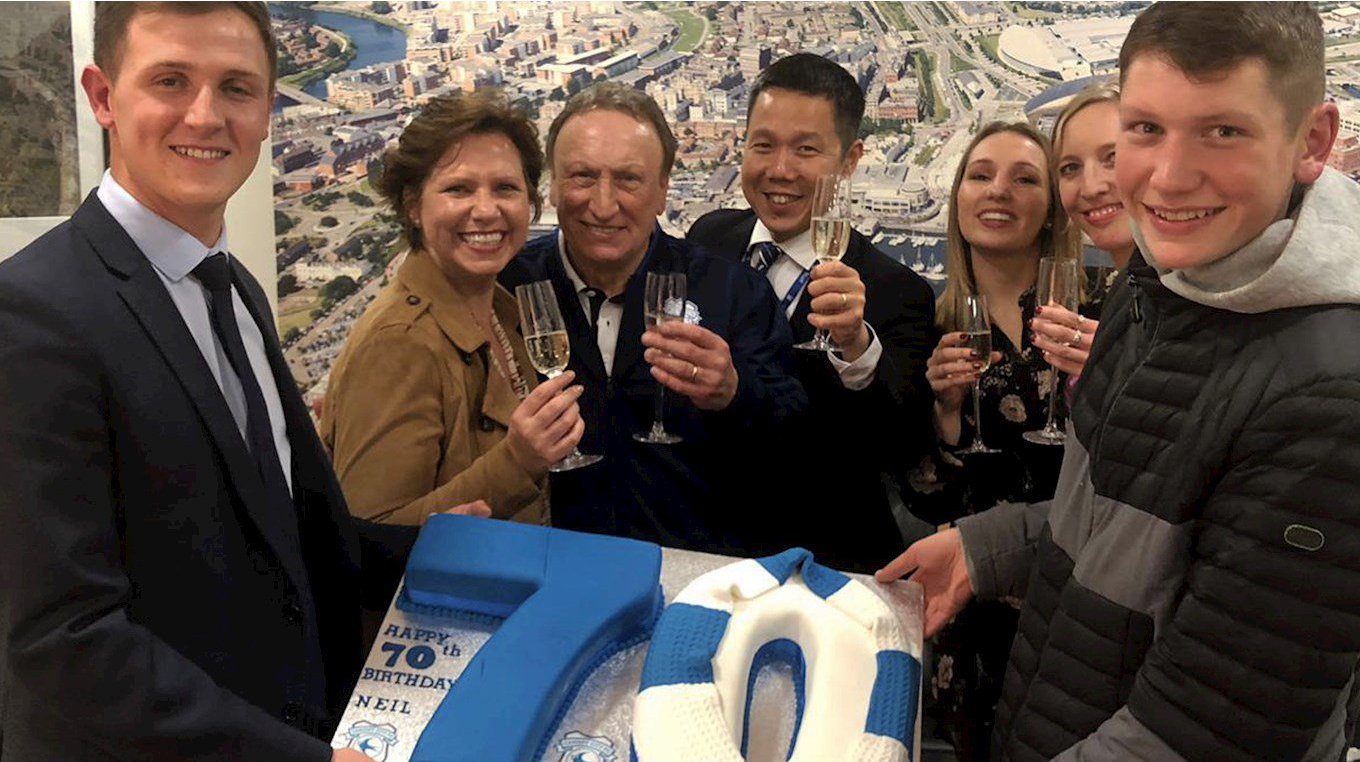 Warnock: “I thanked the players for helping me to have a nice birthday!”

Following Matt Doherty’s early finish, City responded with an emphatic second-half display. Aron Gunnarsson chested down, before smashing home after 65 minutes and then Junior Hoilett produced a moment of magic, 13 minutes later, finessing from the left edge of the area, into the top right corner of the net.

“I’m really proud of them tonight and I thought the fans were amazing,” began Neil following the final whistle. “We talk about the fans this season, but the noise second-half was fantastic and I’m so pleased for them and everybody connected to the club – they all deserve a pat on the back.

“We’re fighting against the odds, but we’ve got a great set of lads and we deserved that victory over the 90 minutes. We’ve got to enjoy the moment and I thanked the players for helping me to have a nice birthday, because if we lost the game, it wouldn’t have been a nice weekend.

“We decided that Greg Cunningham and Jazz Richards were injured and Joe Bennett hadn’t trained all week until yesterday, so we thought we’d have a go and played three defenders. We had Junior Hoilett and Víctor Camarasa as wing-backs, but we wanted to have a go at them in midfield, get on the front foot, get the crowd going and make it exciting and we did that.”

The Gaffer went on to reveal what he said at half-time, before praising the team’s character, progression and his determination to succeed.

“At half-time I said to the lads, that two years ago on a Friday night, our season started and we beat Bristol City on the television. This match had to be the same – our season can start and that’s how it felt – we didn’t let anybody down and we deserved it.

“There’s not enough said about our character, because in the Premier League, you’ve got to have ability and skill, but it does nothing without character and determination and that togetherness. The lads have answered a lot of their own questions, because there were a lot of that team, who were there when I first turned up, two years ago and here we are.

“Wolves were the best team in the league last year and we weren’t far behind them, so we’ve got to be pleased. We’ve improved our squad and we’ve got to improve again in January, but there’s not a lot of difference between us and the teams below that top five.

“All my career I’ve tried to prove people wrong and this will still be the most difficult task, make no mistake – we’ll not get carried away about winning another game because we’ve got to do a lot more.”

Further reaction to Cardiff City's win over Wolves can be viewed on Cardiff City TV over the weekend!