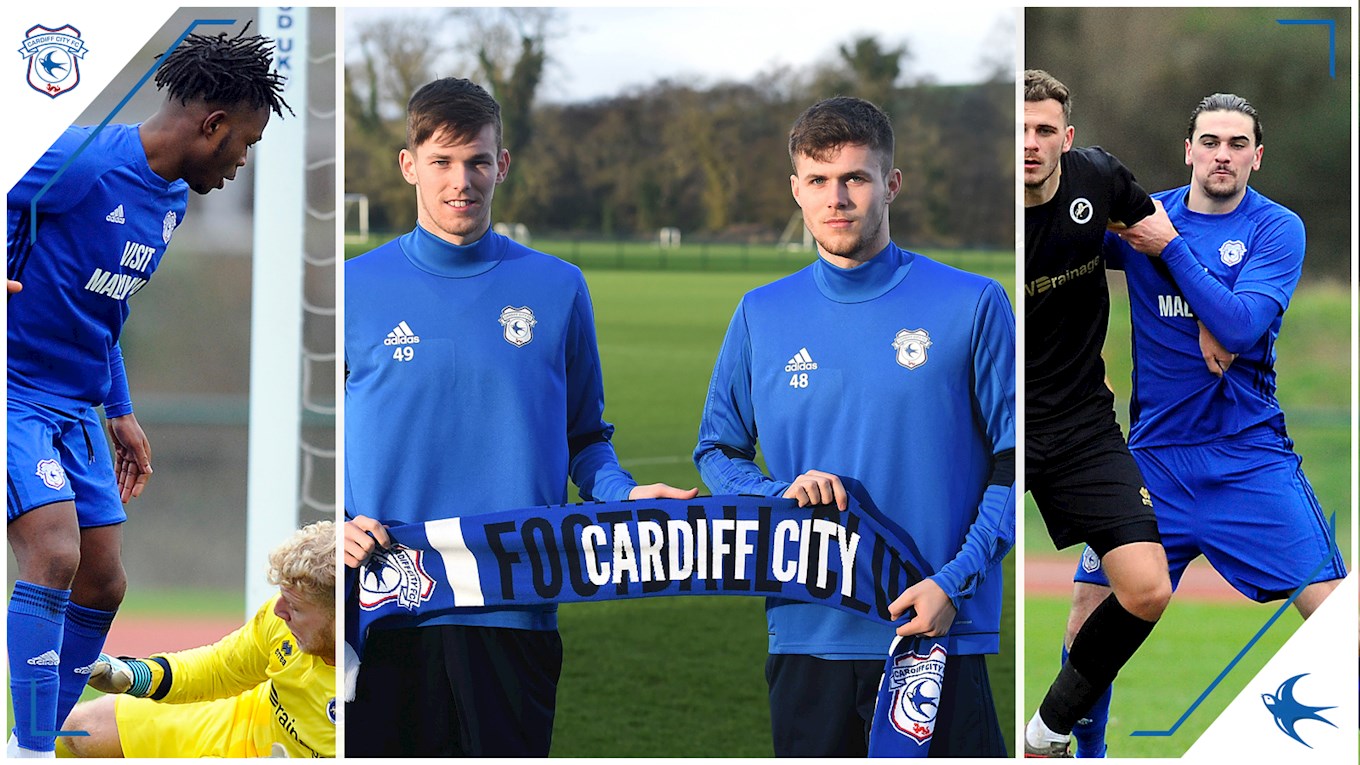 Cardiff City have strengthened their U23 ranks this January Transfer Window with the addition of four new players.

Ogo Obi, Jack McKay, Paul McKay and Ciaron Brown have all linked up with the Bluebirds on a permanent basis.

Young forward Ogo was most recently with Watford. The 19-year old spent time on loan at Hemel Hempstead while with the Hornets, and has signed a deal until the end of the 2017/18 season.

Jack (left) is a 21-year-old forward, who has had spells with Doncaster Rovers (appearing for their First Team on four occasions) and Leeds United. Alongside his twin brother Paul, Jack has signed a two-and-a-half-year deal with the Club.

Paul (right) is a Scottish centre-back, and twin brother of Jack. The two players have followed a similar career path – both having played for Doncaster Rovers and Leeds United – while gaining First Team experience on loan at Ilkeston. Paul has also had a loan spell with Gainsborough Trinity, scoring the winner on his debut, against FC United of Manchester.

Central defender Ciaron joined Cardiff City from National League South side Wealdstone after completing a trial with the Club. The 20-year old made 66 First Team appearances while with the Stones, scoring three times. He has signed a two-and-a-half-year deal with Cardiff City.