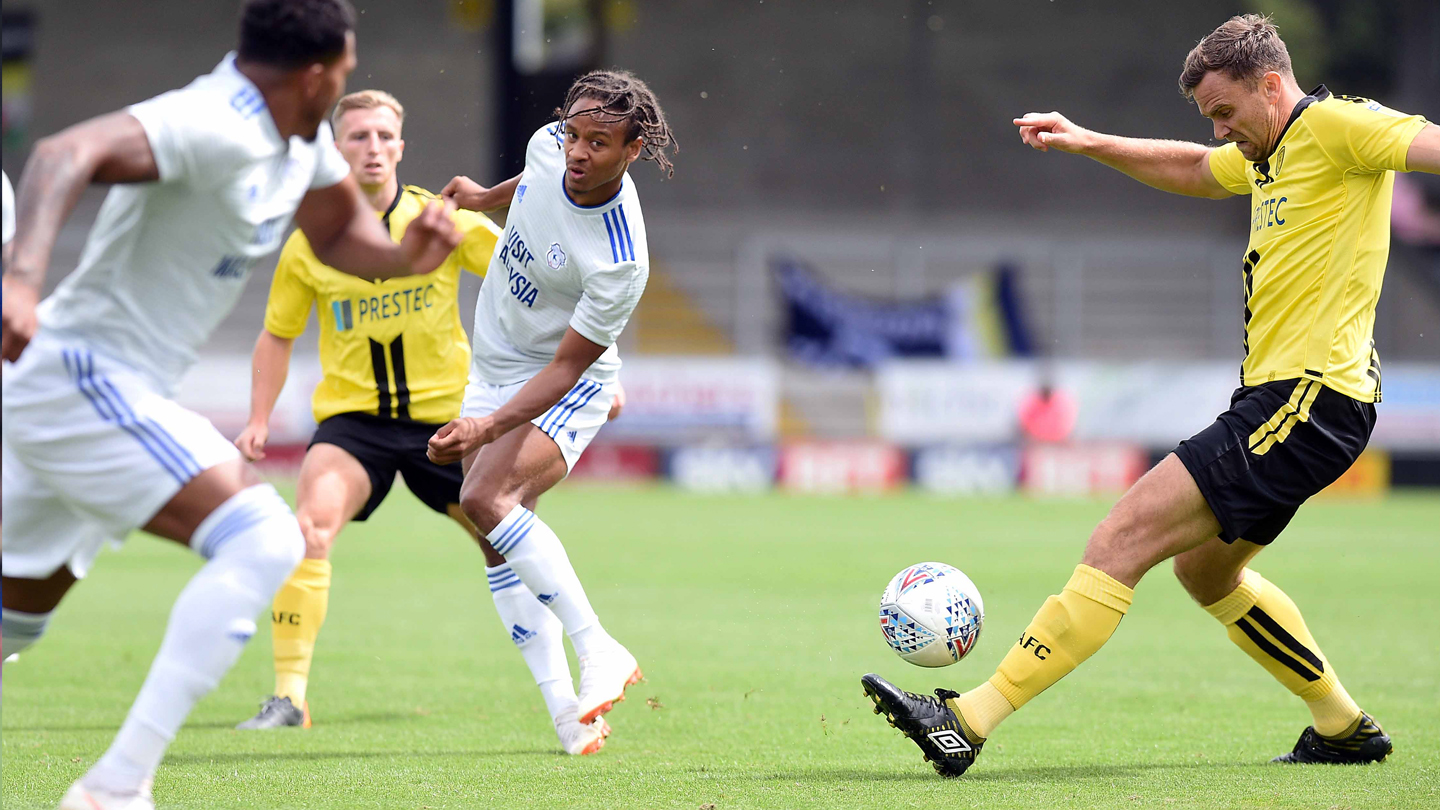 Cardiff City came from behind to record a comfortable pre-season victory over Burton Albion...

The Bluebirds lined up with a strong side at the Pirelli Stadium for their final away fixture of pre-season, ahead of next weekend's home clash with Real Betis.

However, it was the hosts who started on the front foot, setting their sights with a couple of early efforts before taking the lead in the 12th minute.

Liam Boyce went down after a challenge from Joe Ralls in the City area, and the forward stepped up to take the penalty himself, sweeping home from 12 yards.

While the Brewers did have chances to double their lead, City then started to stamp their authority and turned the game on its head after the half-hour mark.

They found their equaliser when Junior Hoilett whipped in a fantastic free-kick which home skipper, Jake Buxton, could only head into his own net.

The equaliser put the wind in City's sails, as they played the ball around with confidence. Some excellent build-up play led to their second, as Joe Ralls fed Kenneth Zohore, who rounded the 'keeper to slot home.

Then, just before the half-time whistle, the Bluebirds made it three goals in 13 minutes - and in some style. Nathaniel Mendez-Laing cut in from the left and curled a superb strike into the top corner from 25 yards.

City made just one change at the break, as Neil Etheridge came on for Alex Smithies between the sticks.

Within ten minutes of the restart, Neil Warnock's men extended their lead to 4-1. Bobby Reid got himself in on the action - latching on to a loose ball to take it past Bywater and tap into the empty net.

City made five changes on the hour-mark but managed to maintain their momentum, as one of their substitutes, Callum Paterson, completed the scoring on 72 minutes.

The Scottish international found space outside the box and set his sights from distance, driving the ball low into the bottom corner.

An ambitious volley from Loïc Damour was the closest the Bluebirds came to a sixth, as they saw out the game comfortably at the Pirelli Stadium.

With their training camp in Leicestershire now complete, City return to the Welsh capital and will continue their preparations with Saturday's home friendly with Real Betis at Cardiff City Stadium.