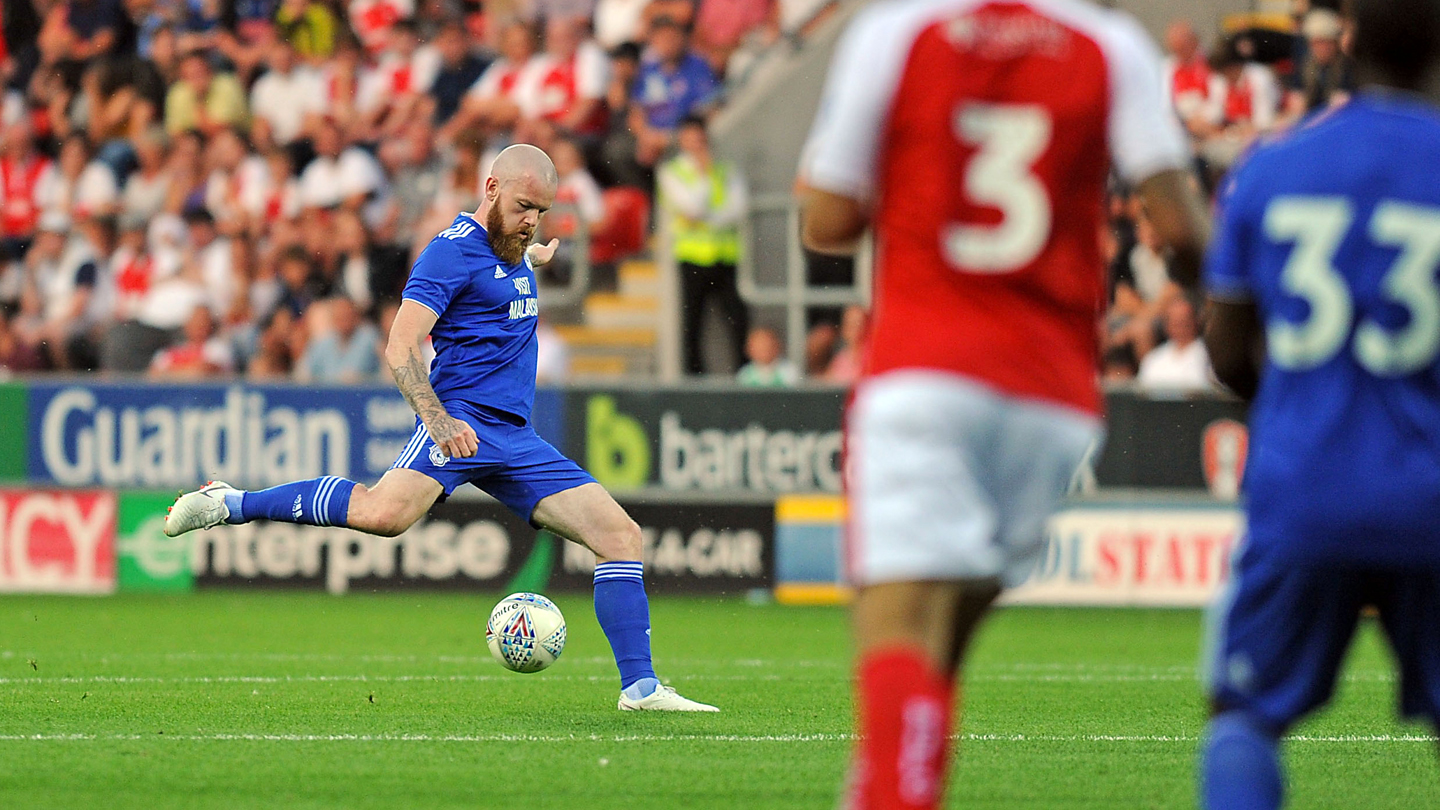 Cardiff City slipped to a 2-1 away pre-season defeat to Rotherham United on Wednesday 25th July.

The Bluebirds lined up with five at the back on a beautiful evening in South Yorkshire, with young midfielder James Waite the only Academy presence in a stong City side.

However, the hosts started sharply, riding the crest of a wave since their promotion to the Sky Bet Championship. They delivered a warning shot when Joe Mattock fired over, before Ryan Williams tested Neil Etheridge from distance.

Neil Warnock's men soon stamped some authority on the game, and took the lead with a well-worked move. Joe Ralls spotted Greg Cunningham's marauding run, and the defender's cross was eventually turned home by Josh Murphy.

City came close to doubling their lead almost immediately, as Ralls' free-kick was deflected just wide by the Millers' wall, before Murphy showcased his skill and whipped in a delightful ball that whistled past the far post.

Former City man, Semi Ajayi, could have restored parity in South Yorkshire, had he connected more convicingly with a Millers free-kick.

But just after the half-hour mark, the home side did find a leveller. Jon Taylor was afforded enough space on the right to pick out Matt Palmer, who powered his header home.

A deft free-kick from Joe Bennett that curled just past the post was the closest City came to reestablishing their lead, before the referee signalled an end to the opening period.

The second-half saw Aron Gunnarsson make his first appearance of the summer in City colours, as he came on alongside Alex Smithies, Sol Bamba and Junior Hoilett, to replace Waite, Neil Etheridge, Bennett and Jazz Richards.

With both sides looking highly organised, there were fewer clear-cut chances after the break. Hoilett's miscued effort didn't trouble Price in the Millers' goal, after some good work from Gunnarsson and Murphy.

As the other end, Rotherham did worry the Bluebirds' back-line when first Ajayi and then substitute, Ben Wiles, both went close from corner-kicks.

The changes continued to come in the second half - and Kadeem Harris looked particularly lively as his energetic run teed up Gary Madine to head into Marek Rodak's hands.

City then had two strong shouts for a penalty waved away, as Madine looked to have been felled in the box, before the ball hit a hand in the Millers' area.

And the home side took full advantage of the referee's decision not to award a spot-kick, going up the other end to take the lead through Michael Smith's curled effort.

While Warnock's men did go close again through a Madine free-kick, they were unable to find an equaliser in South Yorkshire - slipping to their first defeat of pre-season 2018.

City continue their training camp in Champneys, Leicestershire, this week before facing Burton Albion away from home on Saturday at 2pm.