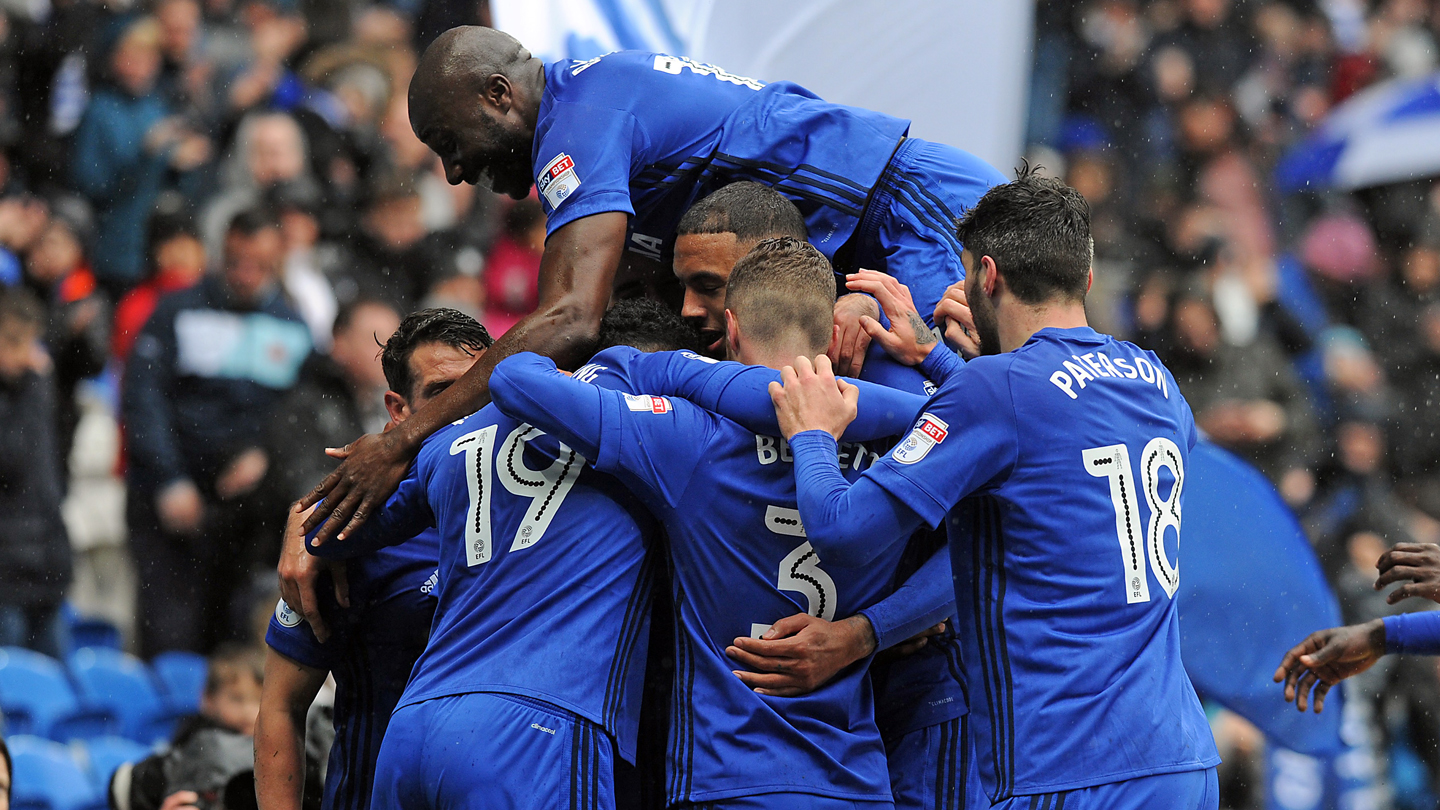 The Bluebirds made one change to the side that defeated Brentford 3-1 last time out, as Craig Bryson replaced Loïc Damour in the starting eleven. Aron Gunnarsson was also named on the bench for Neil Warnock’s side, returning from injury for his first inclusion since November 2017.

It was the visitors who had the first opportunity to go ahead inside the first two minutes. Jamie Allen’s free-kick from 35 yards was headed towards goal by Liam Boyce, but he was denied by an alert Sean Morrison on the line.

However, the hosts fought back to break the deadlock with 16 minutes played. Joe Bennett played a fantastic ball over the top to Junior Hoilett on the left flank. The winger then squared the ball to Kenneth Zohore to divert home with a clever finish - his fourth goal in his last six league outings.

Five minutes later, the Brewers were back on level terms. Lloyd Dyer found space on the left before steering a low pass to Darren Bent who converted from close range.

Undeterred by the equaliser, Cardiff City came close to restoring their lead with 26 minutes gone. Bennett delivered a high swerving cross into the box from a free-kick, but Morrison saw his powerful header caught by Stephen Bywater.

Warnock’s men continued to push for another goal and had a glorious opportunity to make it 2-1 after 32 minutes. Mendez-Laing showed a superb turn of pace to round the stranded Bywater on the far right. The number 19 looked up, before finding Craig Bryson, who hit narrowly wide with his first-time effort.

As the game approached first time stoppage time, the Bluebirds were finally rewarded for their persistent pressure on the Burton Albion back line. Morrison played a high ball over the top to Zohore, who held off his opponent to flick on to Mendez-Laing on the right. The 25 year old burst into the area before smashing the ball high into the near corner.

With less than a minute played in the second half, it was almost 3-1. Zohore was unleashed through the middle and unselfishly looked to find Mendez-Laing for a tap-in when one-on-one. Unfortunately a vital touch from the Brewers defence saw the ball taken from the winger's path, when he looked destined to score.

On the hour mark, the home side continued to pile on the pressure. Morrison thought he had put his side further ahead but his headed goal from a corner was ruled out by referee Simon Hooper for an alleged foul on the goalkeeper.

City kept their heads up though and did find their third three minutes later. Callum Paterson was on hand to lash home, after Hoilett had found Bryson in the box. Paterson has now scored in four consecutive games, taking his tally to nine for the season.

The Bluebirds were now dominant and almost extended their lead again with 78 minutes gone. Hoilett, from the edge of the area, played an exquisite pass to Marko Grujić, who was one-on-one with the ‘keeper. However, the Serbian international saw his left footed attempt saved by the former Cardiff City shot-stopper.

Gary Madine then almost scored his first goal for the Club in the first minute of stoppage time - the forward seeing his header saved at close range by Bywater.

As the full-time whistle was blown, a win was confirmed for the hosts, who are now unbeaten in 12 consecutive league games.