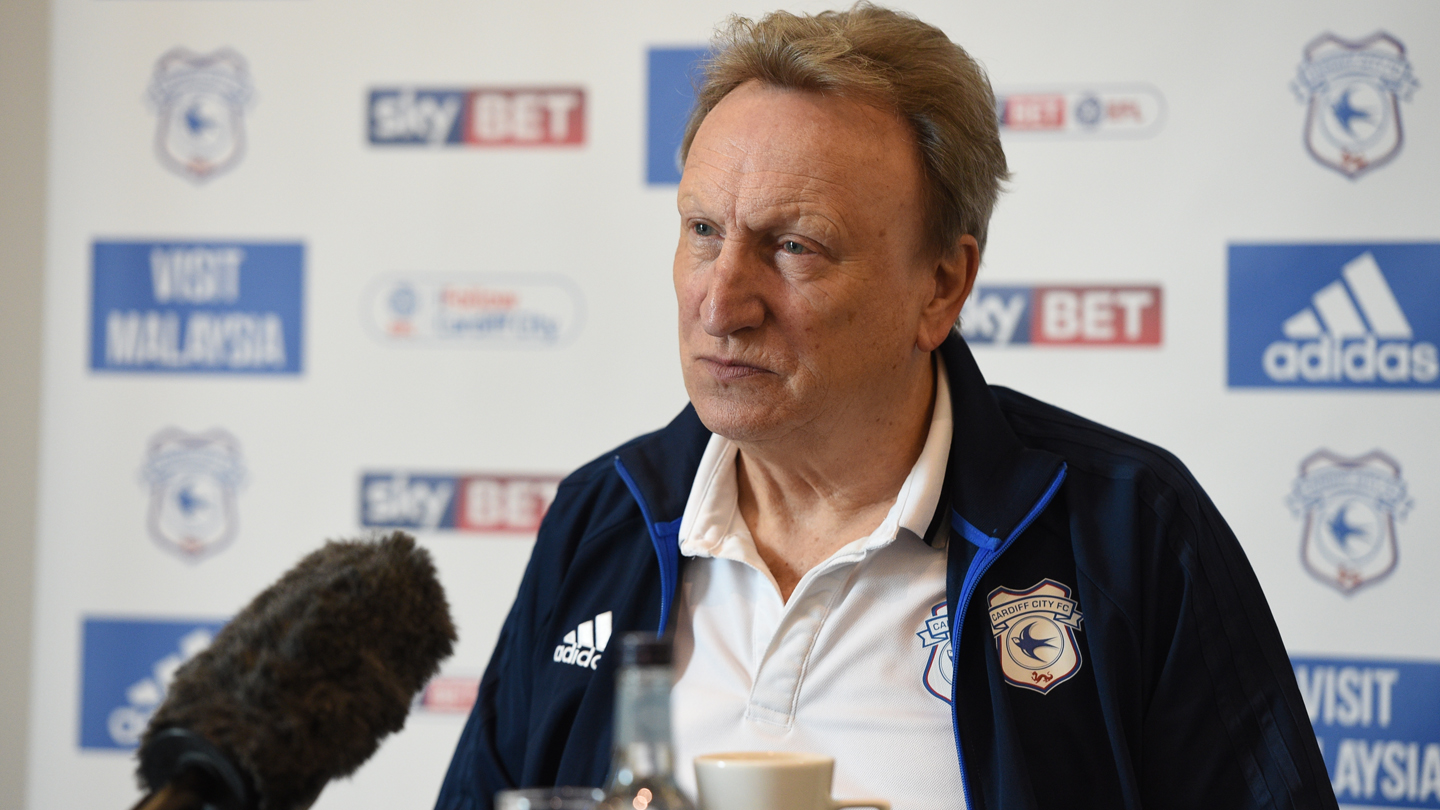 Warnock: This group may be the best I've ever had

Neil Warnock looked forward to getting back to Sky Bet Championship action, as he spoke to the press in the build-up to City's Good Friday game with Burton Albion.

Neil began by focussing on the spirit of his troops, who have now returned to training following the international break.

“The lads showed what kind of spirit they have with the fact that they all went away together with their wives as a group,” he pointed out. “That’s unusual in a way and I’ve never seen it before.

“They are a close-knit group and I think they’ve enjoyed the rest. Now they’re back in training and I actually had to calm it down a bit yesterday because it was so intense.

“We’re back to normal and the last two days have been really good. I look forward to every game now - none more so than Burton on Friday."

The Gaffer also commented on Neil Etheridge’s momentous achievement over the break, as his Philippines side qualified for their first ever AFC Asian Cup, adding: “He’s absolutely buzzing. It’s a great achievement and I imagine he’ll be knighted over there, if they do things like that!

“He was really instrumental and when you see a country do something like that, it’s remembered forever. Now I’m looking forward to going on holiday there!"

Finally, Neil reflected on his career in the dugout, explaining that this Cardiff City side may well be the best he’s ever managed.

“It would be the biggest achievement in my career,” he said. “And if you look at my career - it’s a long one!

“I’m getting older in the tooth, but I feel really young in my mind at the minute, and I’m really excited and enjoying it.

“I’ve been lucky to have seven promotions. I look back at those teams and they all had characters, they all had leaders and people that took responsibility.

“This group may even be the best I’ve ever had. I don’t know how far they can go, because we’ve only just started on the journey.”