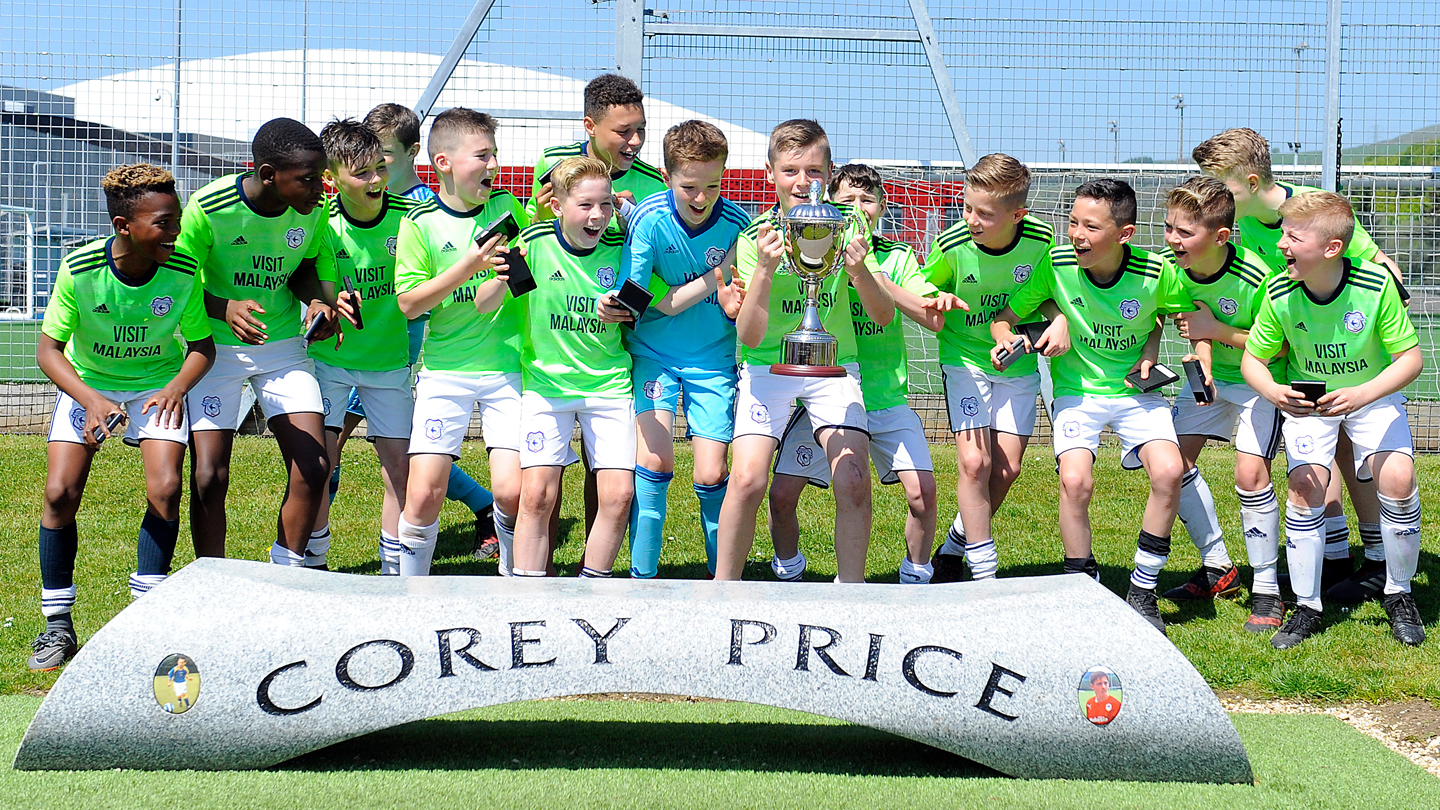 Throughout the 2017/18 campaign, Cardiff City FC Academy's U8-U13 sides have participated in a season-long competitive tournament - The Corey Price Cup.

This tournament was created and named in memory of former Academy player, Corey Price, who sadly passed away following a car accident in March 2015. Corey was a huge inspiration to all those who knew him.

The schedule for the tournament was established to encourage competitive football, at a number of different venues, and in various conditions. The young Bluebirds thrived, winning The Corey Price Cup at four different age groups.

Following the success of the tournament, Cardiff City FC Academy Manager, James McCarthy said: “The Corey Price Cup has been a fantastic addition to our games programme this season.

“Firstly from U8-U13 it has brought an increased competitive element and given the players, coaches and parents something to aim to win and look forward to at various venues across the UK.

“Secondly, and somewhat more importantly, it has helped to keep Corey’s name in the memory of all involved in the competition. It has been wonderful for us in the Academy to speak to coaches at the other participating clubs and hear them ask: 'When’s the next stage of The Corey Price Cup?'

“It has been a great success with four of our age groups winning their respective tournaments and on behalf of Corey’s father - Lee, and Corey’s family, I’d like to thank the players, coaches and parents of all clubs involved for their support this campaign. We look forward to the competition returning for the 2018/19 season."