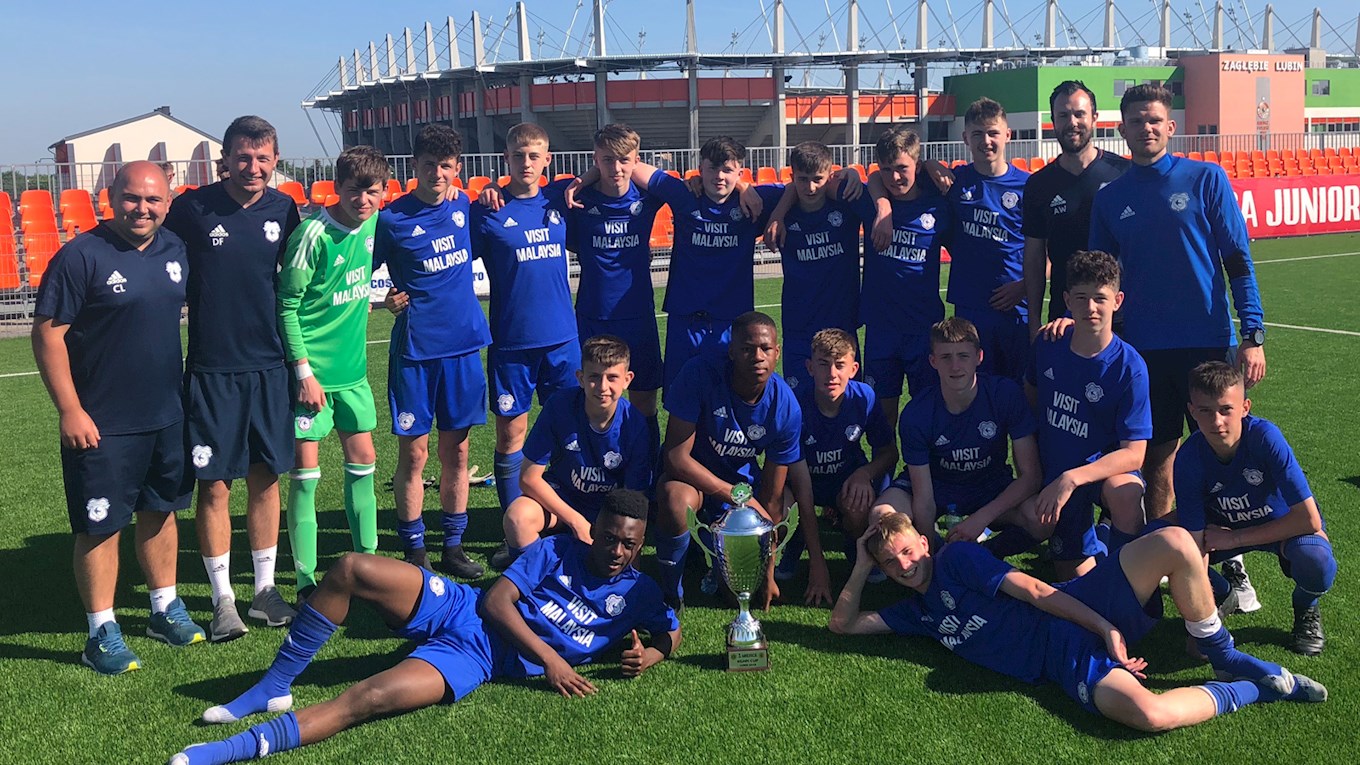 Cardiff City FC Academy have been crowned champions of the U15 KGHM International Cup for the second time.

This most recent triumph was secured over six matches in Lubin, Poland during the weekend of 12/13 May.

The 2003 squad consisted of players from our U14 and U15 groups and they stormed to the top of Group B on day one, after recording deserved 1-0 wins against FC Karpaty Lviv (Ukraine), Jagiellonia Bialystok (Poland) and SK Slavia Prague (Czech Republic) along with a goalless draw against Royal Antwerp (Belgium).

City joined Everton, Slavia Prague and NEC Nijmegen in the semi final stages on day two. The Bluebirds were drawn to face Eredivisie team, NEC Nijmegen, and a second half goal from Ntazana Mayembe secured a 1-0 victory and a place in the final for the third consecutive season at the KGHM Cup.

The Bluebirds hadn't conceded throughout the tournament, and dominated in the final against Slavia Prague, sealing victory thanks to a well worked set-piece move involving Eli King and Taylor Jones, with forward Siyabonga Ligendza expertly converting to win the trophy for the Bluebirds.

Speaking of the triumph, Lead Youth Development Coach (U12-U16) Dane Facey said: “Once again, this young group of players have shown an incredible work ethic, team spirit and resilience to win a tough competition against some of the best developing academies across Europe.

"To keep six clean sheets in our six games and win the tournament shows the determination and quality we have at Cardiff City FC Academy. It also highlights the importance of extending the learning and experiences of our players to different environments.

"Our thanks go to our hosts in Poland - Zaglebie Lubin - and we look forward to returning to defend our title next season.”