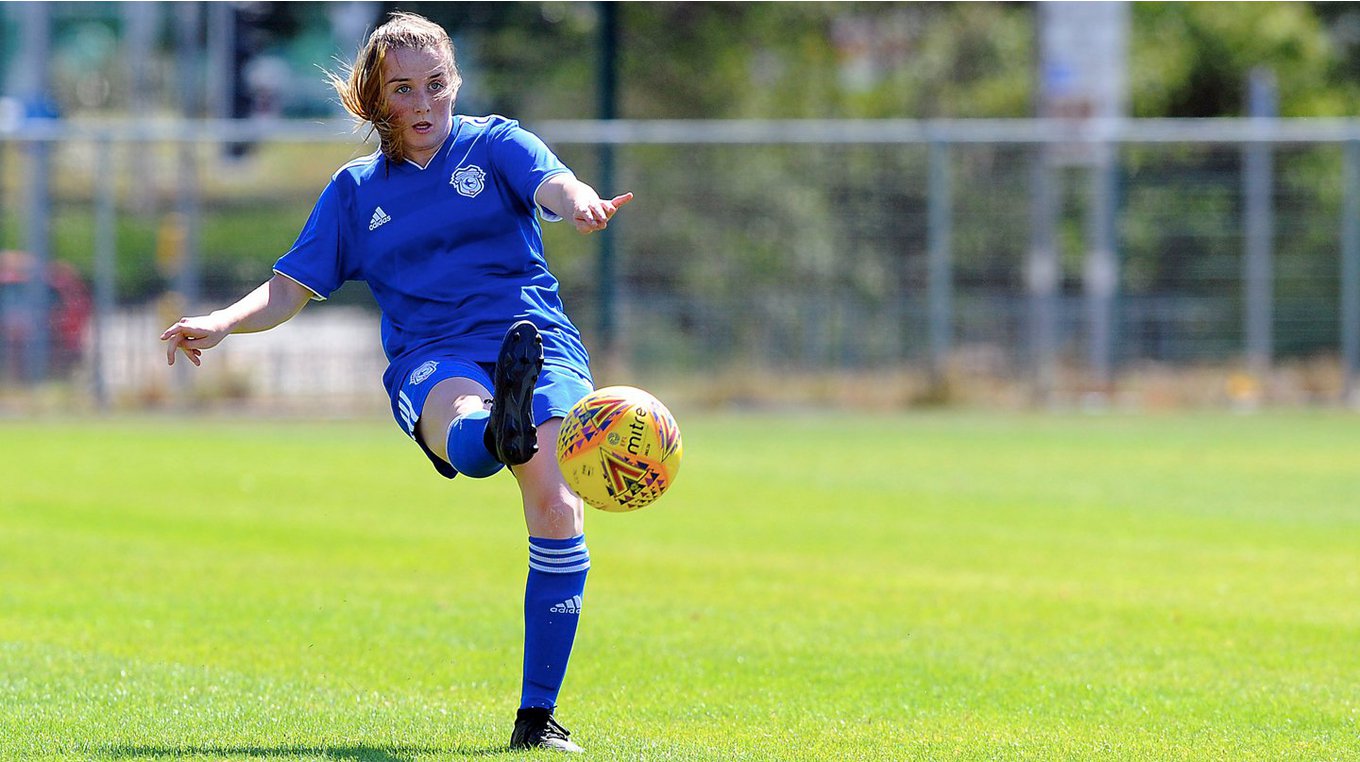 The match was the second consecutive fixture between the sides at City’s home and the hosts broke the deadlock after 28 minutes, through Lisa Owen’s finish on her second attempt on goal. After the interval the Bluebirds went on to score an additional two goals, through Alana Murphy’s fantastic free-kick and Catherine Walsh’s tidy finish.

The Bluebirds got off to a promising start and utilised the pace of McDonough to break through the visitors’ defence. Four minutes in, the 21-year-old saw her terrific run into the area ended by a strong tackle from a covering defender.

City then came close six minutes later through Underdown’s excellent effort. The midfielder hammered an ambitious long distance shot that rattled the crossbar, before bouncing off the line. Then just one minute later, Catherine Walsh tested goalkeeper Vicky Beddows by finessing an effort from the left wing that was parried and gathered.

The thirteenth minute marked the beginning of Chamberlain’s terrific goalkeeping display. The 19-year-old pulled off a contender for save of the season by acrobatically diving to her right to keep out Courteney Thomas’ strike. Then a minute later the Bluebirds had a chance down the other end, as McDonough dashed through on goal, only to be denied by Vicky Beddows’ swift reaction to save.

McDonough had a determined look about her and came close again after 25 minutes. From the edge of the area, she lofted the ball just over the crossbar and it seemed like it was only a matter of time before the Bluebirds broke the deadlock. Moreover, one minute later, Lisa Owen made a brilliant run into the area and her shot from an acute angle was saved. However, the 21-year-old didn’t give up and opened the scoring on the 28th minute mark – beating the goalkeeper and getting her foot in the way of an attempted clearance to find the net. Three minutes later Owen was denied a brace, as her first-time effort was parried away by Vicky Beddows.

Next up was a trio of superb defensive efforts from the Bluebirds, as Chamberlain and Siobhan Walsh found themselves in action. After 32 minutes, Chamberlain was in a one-one-one situation with Coryn Sexton and sped off her line to end the danger.

After the interval, it took five minutes for City to double their lead. Alana Murphy stepped up to place a long distance free-kick into the bottom right corner, securing her third goal of the FAW Women’s Cup and ninth of the competitive season.

Murphy was given a decent opportunity to seal a brace after 55 minutes. The forward found the ball at her feet in space and inside the area, but fired agonisingly over the bar as City cemented their control on the game. That was made clearer two minutes later, when Catherine Walsh added to their advantage. The forward slotted in her seventh goal of the 2018/19 campaign, shooting low from the right edge of the area and into the bottom left corner.

The Bluebirds were awarded another long range free-kick on 62 minutes and Murphy stepped up again. The team’s top scorer tried her luck and struck the ball almost identically to her successful attempt, however the ball bobbled just wide of the right post.

Despite being three goals behind, Port Talbot kept going and threw everything into their attacking game. Fresh from Wales international duty, half-time substitute Claire Skinner was called into action to deny Thomas, after 77 minutes. However, Thomas was determined to set-up a potential late comeback and four minutes later, rifled an effort into the right of the net from close range. City didn’t let that goal shake them, however, and were resilient for the remainder, progressing to the quarter-final stage of the FAW Women’s Cup.