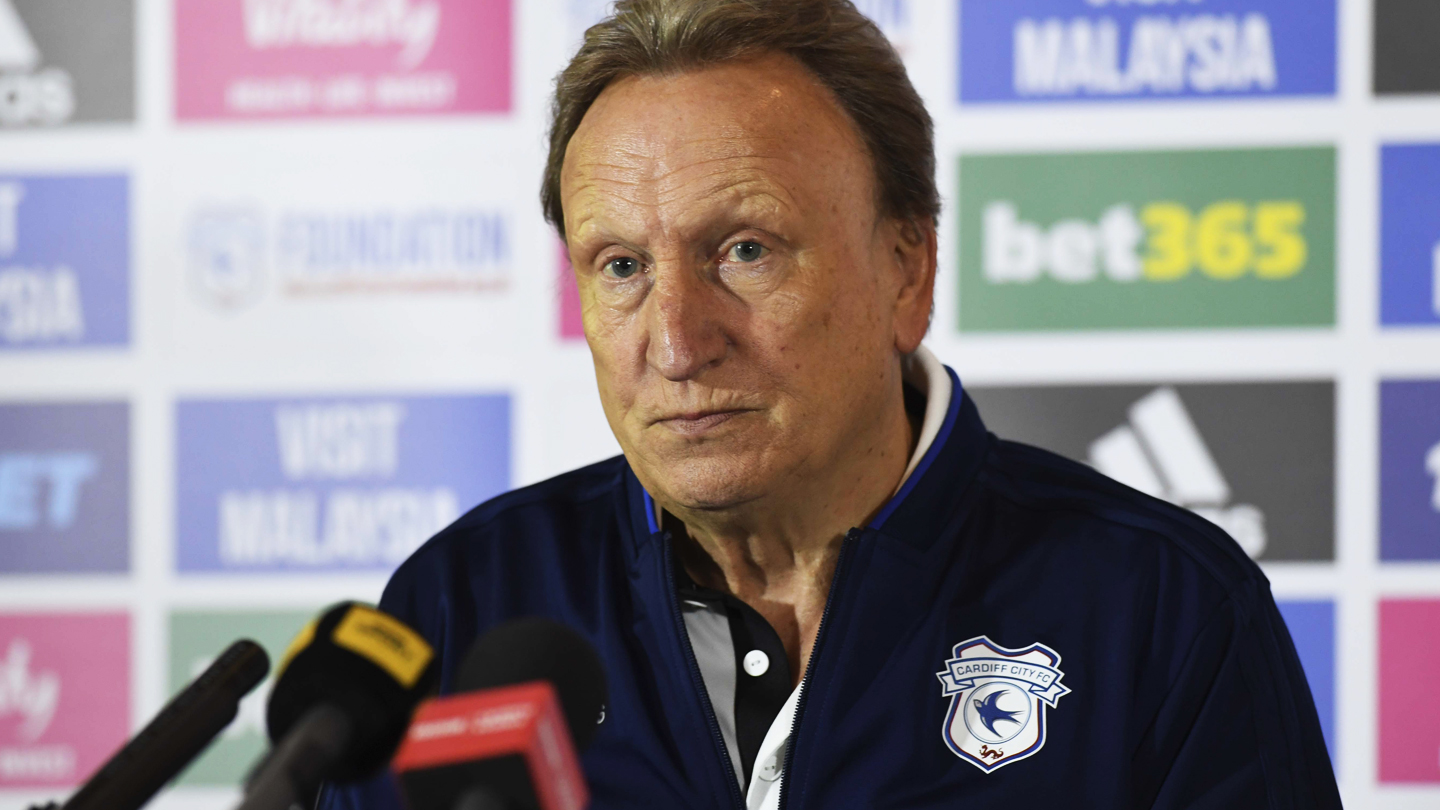 Neil Warnock held a pre-match press conference at the Vale Resort ahead of Saturday's Premier League meeting with Leicester City.

“I met him and am aware of what he did for the Club," he began.

“It’s the one miracle of football, what they achieved. Everyone would have doubted that winning the Premier League was possible. Everything changed around the Club. Leicester City became united under him and everyone knows what he did around the city too.

"It puts things in perspective, and it is just a game of football this weekend. I think the whole football community has felt the shock; I can see the effect on my players and we weren't directly involved.

"Sean Morrison has had a couple of meetings with the players to make sure everything is appropriate for the Leicester players. There will be tributes on behalf of Vincent and everybody at the Club.

"Then, somehow the two teams have got to get on with a game of football. It's an important game for us and Leicester, although it seems irrelevant talking about the game now.

"Our fans have really been fantastic, and will pass around a giant flag to the away supporters. It will be quite emotional. While we'll be ready to go at kick-off, I think things like this unite supporters."

Neil Warnock's press conference is free to view on Cardiff City TV above.