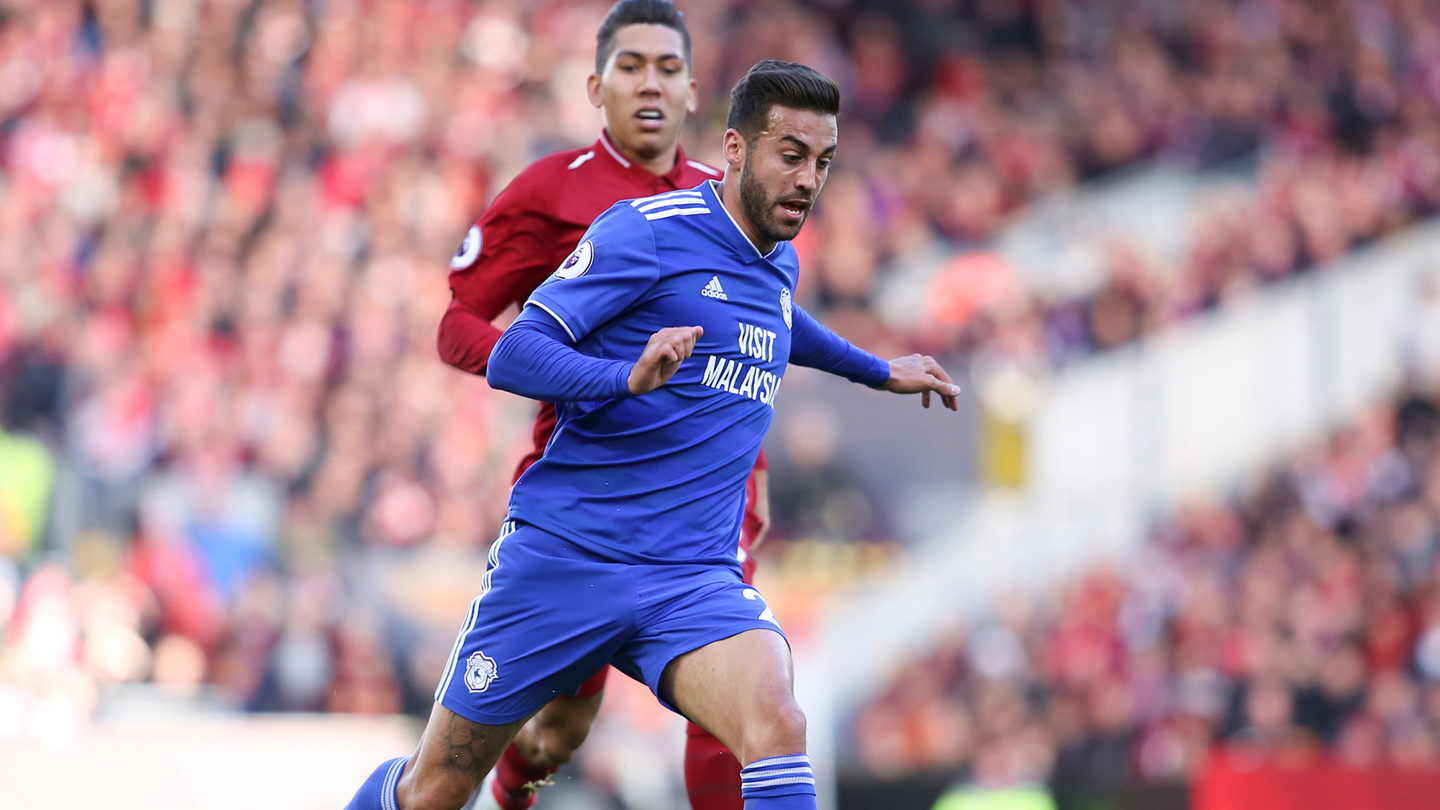 Match report for Liverpool vs Cardiff City on 27 Oct 18

A spirited Cardiff City side suffered a 4-1 defeat at Liverpool on Saturday afternoon.

Neil Warnock made one change to the Cardiff City side that defeated Fulham at Cardiff City Stadium last time out. Harry Arter missed out at Anfield due to injury, with Junior Hoilett returning to the starting XI to replace him.

The hosts, widely expected to challenge at the top of the Premier League again this season, began the match strongly, and took the lead after 10 minutes. Despite the best efforts of the City defence, Mohammed Salah was on hand at the back post, slotting the ball beyond Neil Etheridge and the outstretched legs of Sean Morrison.

Jürgen Klopp's side continued their strong start and almost doubled the advantage twice in quick succession. Virgil van Dijk's header hit the post after 14 minutes, before City No.1 Etheridge made a wonderful interception with his chest to stop Salah breaking in and scoring a second goal on 16 minutes.

Trent Alexander-Arnold and Roberto Firmino had further efforts for Liverpool as the half drew to a close, but the Bluebirds held strong despite being under intense pressure. Skipper Morrison was needed in added time, performing a heroic header off the goal line to keep the scoreline down.

A flag from the Assistant Referee ruled out a Cardiff City goal after 52 minutes. Sol Bamba bunded the ball in at the back post from a flick on from Morrison but the offside flag was raised.

The hosts increased their lead after 66 minutes, through Senegal international Sadio Mané. The winger showed incredibly quick feet inside the penalty box to evade the challenges of the City defence, before firing home a powerful effort from 18-yards.

Neil Warnock's men stunned Anfield on 77 minutes as Callum Paterson pulled a goal back - pouncing expertly on a low cross from Junior Hoilett to score from 10-yards. This was the first goal Liverpool had conceded in the Premier League at Anfield since February.

City pushed forward in an attempt to find an equaliser but were caught by their dangerous hosts. Xherdan Shaqiri, who was instrumental for the Reds in midweek during the Champions League victory over Red Star Belgrade, came off the substitutes bench and made a huge impact once again. The Switzerland international received the ball just inside the box from Salah, before skipping over a challenge from Morrison and placing the ball low into the bottom right corner.

The Reds continued to push forward after netting their third and scored a fourth almost immediately. The lively Mané bursting in behind the defence, before delicately chipping the ball over Etheridge and into the back of the net. It was a harsh scoreline on the courageous Bluebirds, who had shown heart and determination throughout at Anfield.