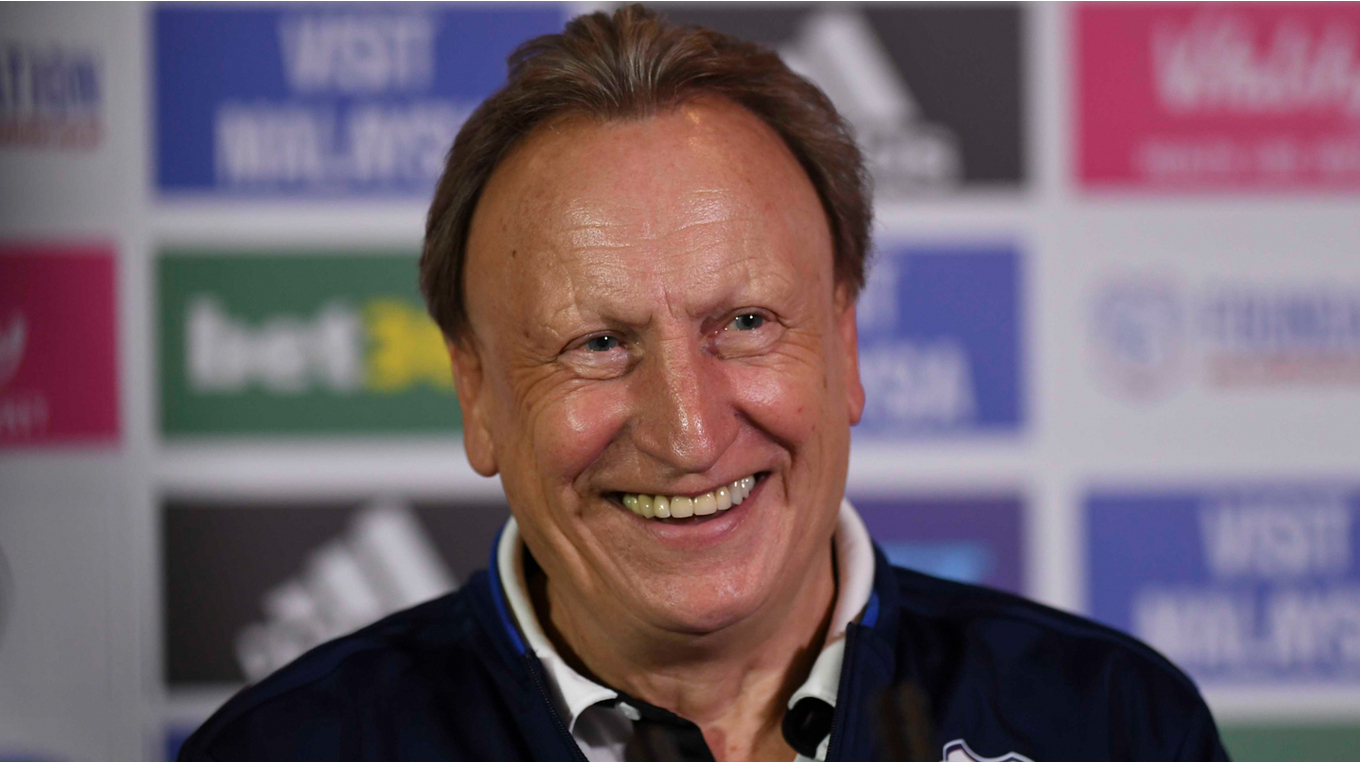 Warnock: We're all in it together!

Exactly two years on from his arrival in the Welsh capital, Neil Warnock held a pre-match press conference looking ahead to Saturday’s match away at Tottenham Hotspur.

Ahead of the trip to Wembley, the Gaffer reflected on his time in South Wales to date, saying: “There’s so much water under the bridge, it’s been an amazing time really.

“It’s something I’m really proud of in my career, but we’ve got to move forwards now. I think my biggest achievement is getting the Club together, and the fans have really taken it on board.

“It’s a fabulous feeling with everyone supporting us, all I need to do now is get some more results to make them even more happy!”

Neil went on to explain how pitting their wits at Wembley Stadium should be a challenge to relish for City's players and supporters alike.

“Barcelona were there on Wednesday night, and next up: Cardiff City. It’s fantastic that we’ve got to this stage, but I don’t want us to go there for a day out,” he said.

“I wan’t us to give them a game if we can. It is a fabulous stadium though, and a great treat for the fans.

“We’re all in it together and I know it sounds silly, but it’s almost like a family. It’s great for the players, because the fans know they’re giving everything.

“[The fans’ support] is an amazing situation - I can’t remember it happening anywhere else - and they’ll out-shout the Tottenham fans on Saturday, no matter how many are there.”