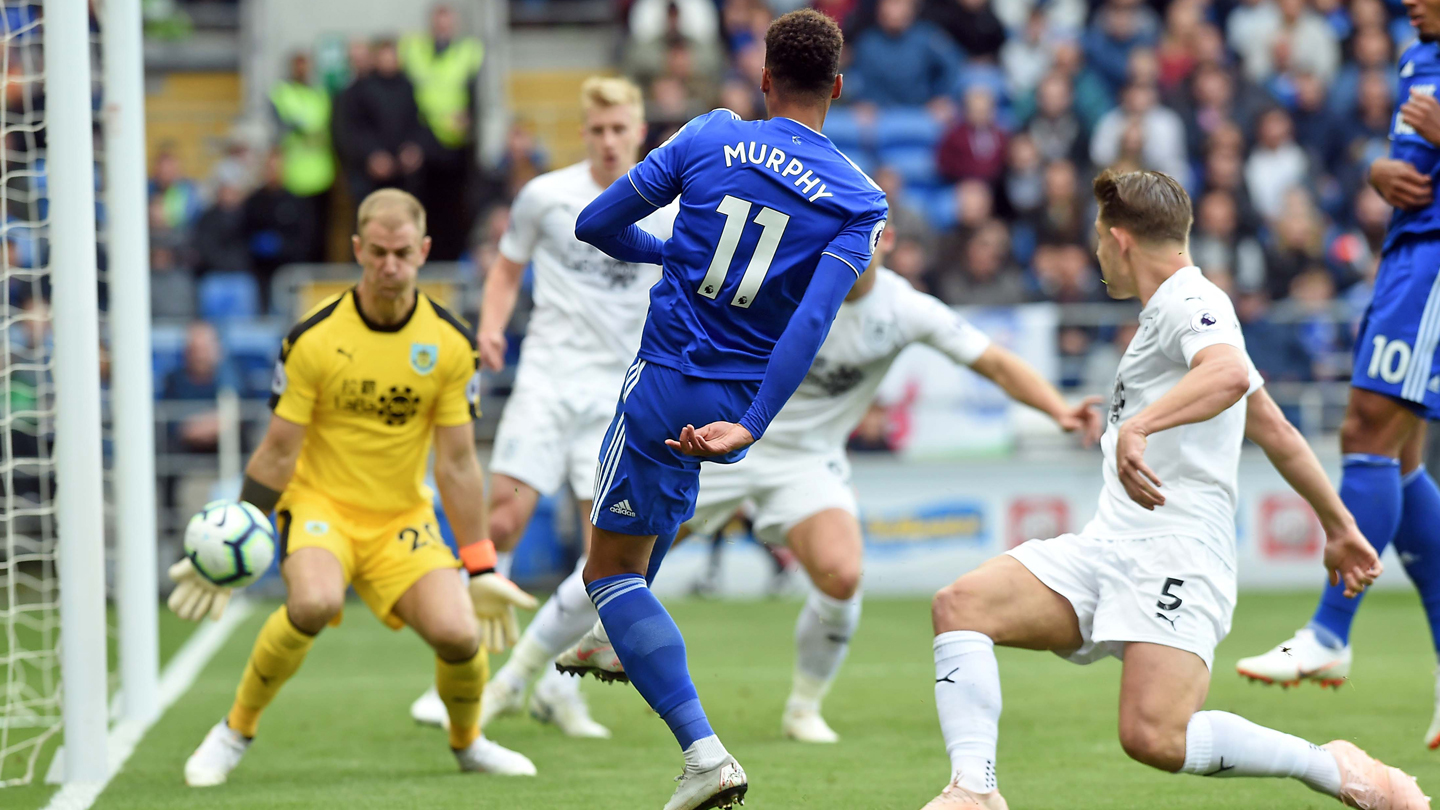 Match report for Cardiff City vs Burnley on 30 Sep 18

City fell to a narrow home defeat to Burnley, with three second half goals deciding a hard-fought game, which ended in unfortunate fashion for Neil Warnock’s men.

The Bluebirds made four changes to the side that faced Manchester City last time out; Sol Bamba replaced the injured Lee Peltier, Callum Paterson came in for Bobby Decordova-Reid, Josh Murphy returned to the starting line-ahead of Junior Hoilett and Kenneth Zohore came in up front to replace Danny Ward. Burnley were unchanged from their last Premier League fixture against AFC Bournemouth.

City started brightly and created more opportunities in the opening twenty minutes than the visitors. The best chance fell to Murphy, who did well to beat his man, and following a Greg Cunningham pass, drove into the area. The winger’s fierce shot from an acute angle crashed against the near post and bounced away to safety, showing signs of a promising start.

With ten minutes to go before the break, the Bluebirds had two good chances to take the lead. Víctor Camarasa, who impressed throughout on the right-hand side of midfield, fed Zohore in the area, with the striker’s low effort bringing a fine reflex save from Joe Hart. From the resulting corner, Sean Morrison’s flick on allowed Murphy to head home, although the strike was disallowed - with Morrison adjudged to have fouled his man when jumping.

The City pressure continued, as the lively Zohore kept the Burnley defence busy. Another blocked shot from the Dane forced a corner, which was almost converted. Morrison’s header found Paterson, who saw his own headed effort denied on the goal-line by a Burnley block. Just before the break, another City corner forced a scramble in the away box, but shouts of handball from Paterson’s acrobatic effort ignored, sending the teams in level at the break.

Burnley came out of the traps in the second half, with greater control of the ball. They made their pressure count seven minutes after the break, taking the lead through Johan Berg Gudmundsson. The Icelandic winger rose highest at the back post to meet Ashley Westwood’s cross, and squeezed the ball into the bottom corner to break the deadlock. The Bluebirds almost equalised moments later, but Camarasa’s volley curled just over the crossbar.

City came out fighting having fallen behind and got a deserved equaliser on the hour mark. Excellent play on the right between Camarasa and Bruno Ecuele Manga released the right-back, who flew into the box and drilled a low cross into the centre. Former Norwich City man Murphy was on hand; the winger firing a fantastic curling effort past Joe Hart for his first City goal, levelling the score.

City ramped up the pressure as they went in search of a second goal, with superb pressing from Harry Arter and Zohore. Goalscorer Murphy was involved again, forcing a wonderful finger-tipped save from Hart after a superb strike. Minutes later, the winger drove forward and fired again, though a deflection carried the ball comfortably into the arms of the former Manchester City stopper.

However, against the run of play, Burnley regained the lead with a well-worked move. Jack Cork’s lofted pass found Gudmundsson, who clipped the ball back across the face of goal. Sam Vokes was on hand to head home, finding the far corner for his first Premier League strike this season.

Neil Warnock’s men looked to get back on level terms once again, with the introduction of Gary Madine and Danny Ward. The two combined with ten minutes left, releasing Murphy on the flank. The winger’s low shot was powerful, but crept just wide of the near post. With minutes remaining, Murphy fired a low free-kick around the wall, but his effort narrowly evaded the onrushing City attackers.

As the game crept into injury time, the impressive Murphy curled an enticing cross towards goal, with Paterson throwing himself at the ball. His strike cannoned off Hart from close range, but the flag was raised on the other side of the pitch to signal an offside call. The final chance of the game came from a Camarasa free-kick, which was scrambled clear by the resolute Clarets.

The final whistle confirmed an undeserved defeat for the Bluebirds, who carry on their top-flight campaign next week. City face Tottenham Hotspur in their next fixture, travelling to Wembley Stadium on October 6th.