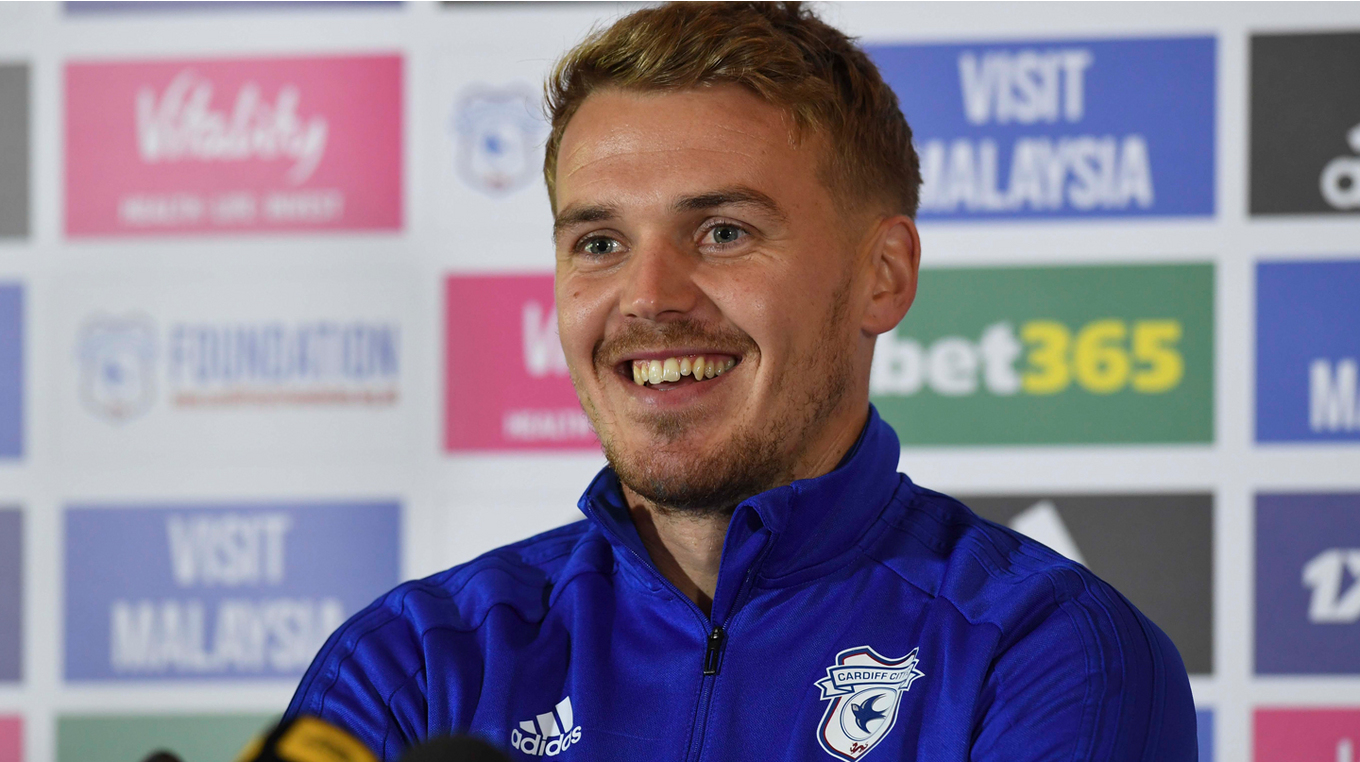 Ward: We'll give our all

Danny Ward spoke to the media on Friday morning in the lead up to Saturday's highly anticipated home game against Manchester City.

“These games are where you want to be playing,” the City forward began: “You’re putting yourselves up against the best. We know how tough it’s going to be.”

Ward, who scored his first goal of the Bluebirds’ Premier League campaign against Arsenal at Cardiff City Stadium, further discussed the upcoming home fixture against Pep Guardiola’s men, adding: “We’ve got to focus on our own game.

“If we put the pressure on them and play like we can play, then it’ll be a good test.

“Everyone expects us to get beaten so you’ve got to go out there and give it your all, then you never know what’s going to happen.

“There have been a few mistakes in our games, but it’s about how you bounce back that matters. The lads are all behind each other and we have been giving 100%.

“I think we’re growing because we’ve realised that when we come up against the best teams, we have had spells of play where we’re on top and have shown that we can cope.”