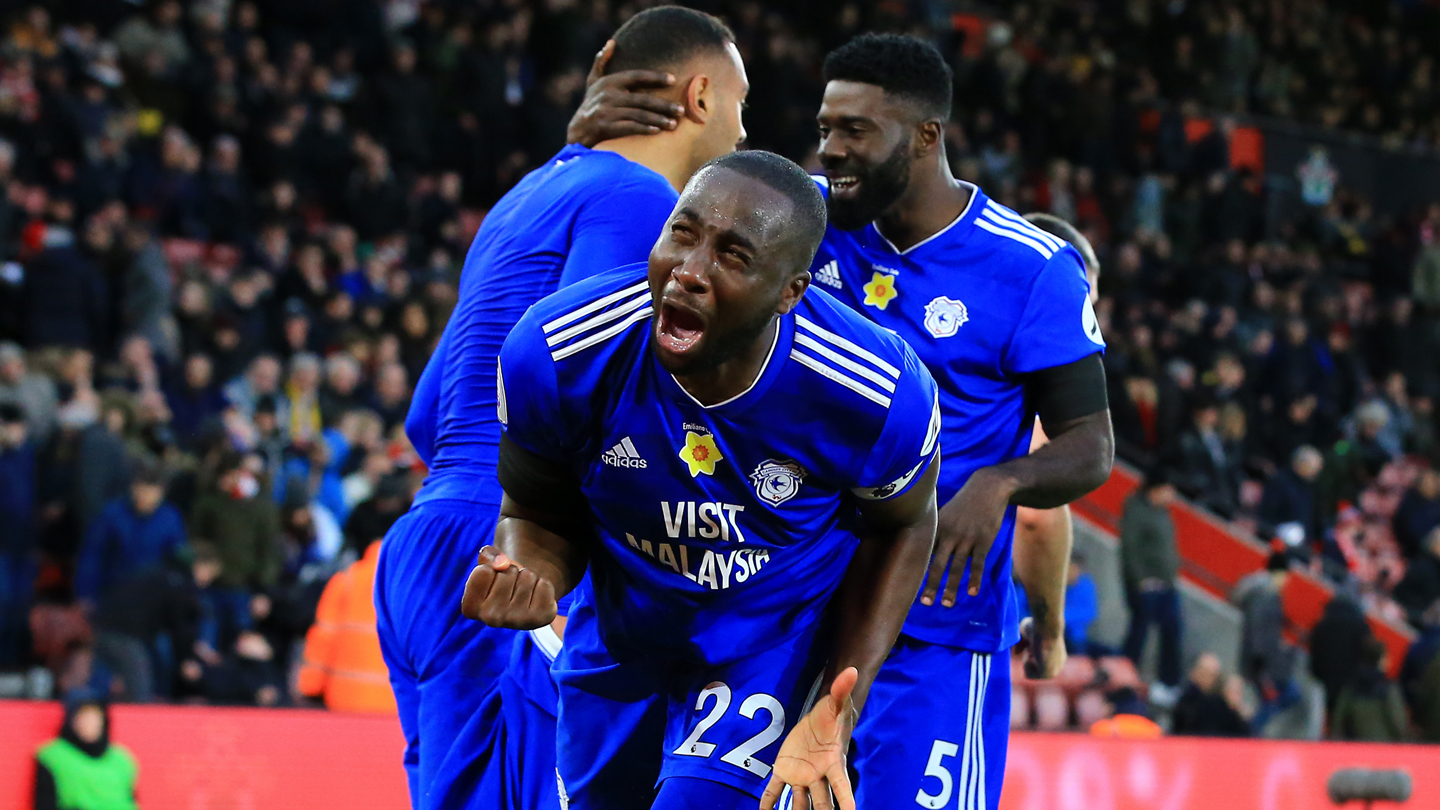 Bamba: That result is a massive boost

After a late equaliser from the hosts, Kenneth Zohore scored his first ever Premier League goal deep into added time, and Sol described just how important the win was for him and his teammates.

“It has been a tough couple of weeks, and we knew that we needed to go there and get a result today,"  began Sol. "It wasn’t easy, especially with the events that have unfolded recently.

“The result is a massive boost, especially at this stage of the season. We want to build up momentum and go on a run of games. With the matches coming up, we know that we can get three points from every game, especially at home."

City skipper in the absence of Sean Morrison, Sol opened the scoring in the 69th minute, finishing past McCarthy after latching onto Callum Paterson’s header in front of the Bluebirds faithful.

He described his emotions upon hitting the back of the net as he dedicated the victory to Emiliano Sala.

“It couldn’t get any better and to celebrate in front of the fans was massive," he said.

"There was a lot going through my mind after scoring. I knew Emiliano was watching from up there today, so it was so good to get the three points.”