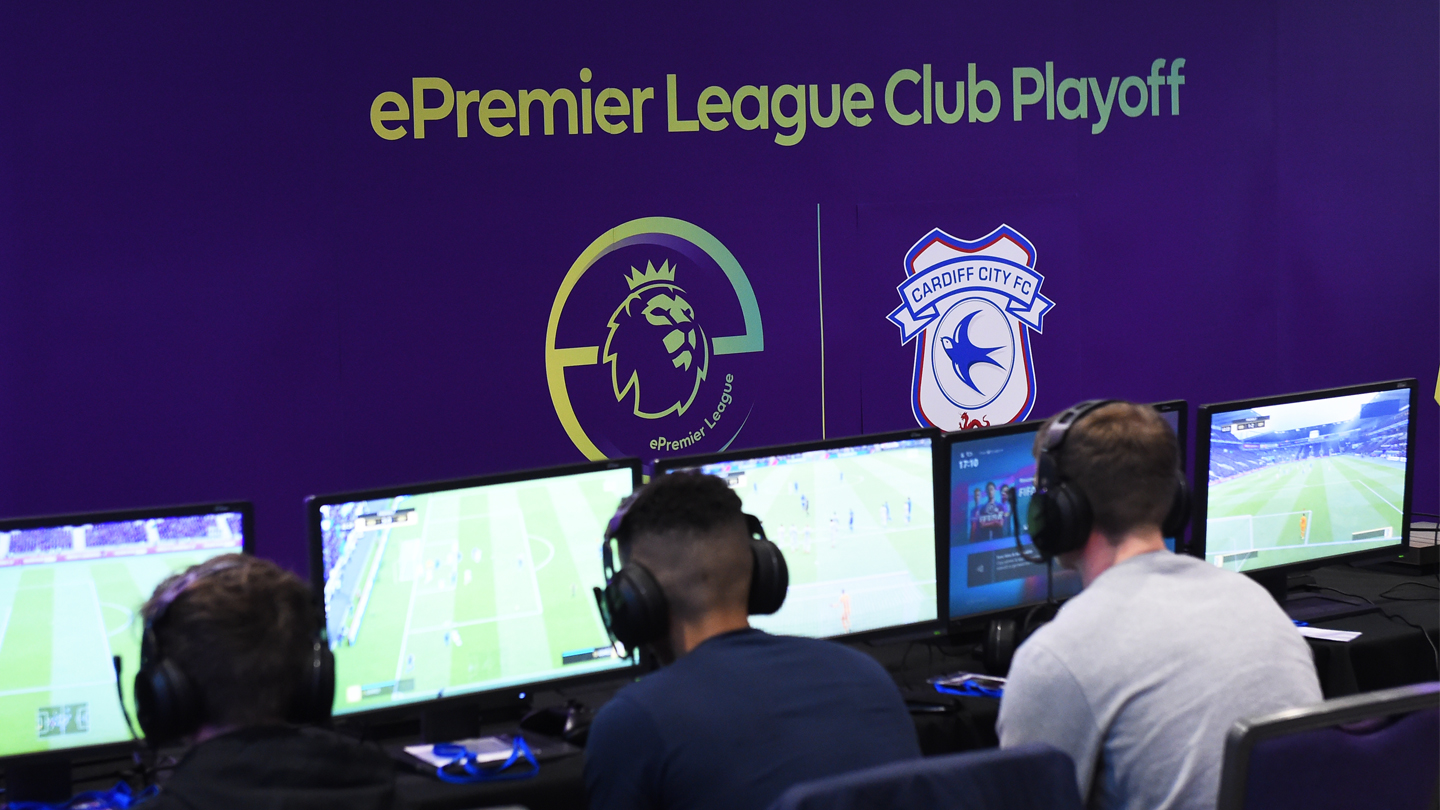 Rhys Griﬃths and Luke Mcilwee-Davies both rose to the top to win the coveted positions as club representatives and will be heading to the ePremier League Final in London, which will be held in March.

Thanks to all who took part in our qualifiers at CCS. ?@premierleague #CityAsOne pic.twitter.com/hgPq2lZsrf

WHAT IS THE EPREMIER LEAGUE?

Players were encouraged to select the Premier League club that they supported, so that if successful they could represent their club with pride on the biggest stage possible in a pioneering esport tournament! As both platforms are treated equally and separately, one champion was selected from both platforms, respectively.

HOW DOES THE TOURNAMENT WORK?

From January 5th, gamers who wanted to represent their club took their ﬁrst steps in the competition. Following registration, competitors played against each other on their platforms online in a cup format to determine the top 16 club Playoﬀ Finalists for PlayStation 4 and top 16 for Xbox One. This stage was a great opportunity for the best players to step up and take their chance to show what they could do, and the top 16 from each platform did not disappoint! From there, the top 16 from each tournament were decided, and then invited to join up in person at Cardiﬀ City Stadium for Club Playoﬀs!

The event took place on Thursday 21st February, and went on way into the night. All of the rounds were knockouts, and split into two legs before a winner could go through to the next round. Eventually, by the quarter-ﬁnals, the best of the Playoﬀ ﬁnalists were up against each other, with matches being incredibly tense for both players and audiences alike. We would like a extend a big thank you to all players who came to Cardiﬀ City Stadium on Thursday and competed in our Club Playoﬀ. Congratulations on making it this far, and hopefully we will see you again next year!

The winners of Thursday’s Playoﬀs were both near the top of the online qualiﬁers. Playstation Playoﬀ winner Lucas Mcilwee excelled ahead of his opponents both online and in person. He turned up to the tournament a sure favourite, placing ﬁrst in the online qualiﬁers with some incredible statistics: Of the 50 matches he had played, he’d won 44, scored 199 goals, and conceded only 55! Xbox One Playoﬀ winner Rhys Griﬃths arrived at Cardiﬀ City Stadium without the conﬁdence boost of knowing that he had placed so highly. Finishing fourth overall in the online qualiﬁers, his stats were nonetheless also very impressive, having won 21 of his 23 matches played, and scoring 88 goals whilst conceding only 32.

#ePL | Our ePremier League qualifiers are currently taking part in the #CardiffCity play-offs at CCS!

JOURNEYS TO THE FINAL: PLAYOFFS AT CARDIFF CITY STADIUM

Online qualiﬁers arrived at Cardiﬀ City Stadium on Thursday, 21st February for the club Playoﬀs. They were prepared and ready to get going, and the tournament began: Xbox Playoﬀ winner Rhys Griﬃths’ journey to the ﬁnal has been one full of obstacles that he has overcome. Pitted against Ryan Ace in the opening round of the tournament, he found taking the lead to be a challenge. In a two matches against each other, only a single goal was scored, as both sides defended incredibly for the duration. Griﬃths winner sent him through to the Quarter-Finals, where he faced oﬀ against Bailey Hull.

Here, Griﬃths really dug deep and managed to make up for lost time, winning 5-1 over the course of two legs. Hull’s sole goal against the eventual Playoﬀ winner reduced the deﬁcit, but for him the tournament was over, having won 42 in the previous round. His next opponent, Joseph Keegans, had defeated Xbox online qualiﬁcations winner Zac Moore 3-4 in a thrilling match that saw the player who was favourite to win the playoﬀ knocked out of the tournament. Griﬃths impressed even further against Keegans and kept a clean sheet against the giant-killer, winning the Semi-Final 2-0.

Rhys had made it to the Final of the Playoﬀ, with victory in his grasp. His opponent, Tyler Phillips, had scored a whopping 14 goals before reaching the Final, with an astounding 8-4 win under his belt from two rounds previous. Griﬃths’ once again impressed to win the title of Playoﬀ winner, as he didn’t concede a single goal to Phillips and won 2-0.

Playstation Playoﬀ winner Lucas Mcilwee-Davies also had a tough run of games ahead of him before he could hope to be named the club’s representative. Despite coming into the Playoﬀ as top seed, he did well not to crack under the pressure, and ﬁnished the opening round without having conceded a goal in a 3-0 victory over Callum Summerﬁeld. The Quarter-Final posed more of a challenge to Lucas, as he went up against Paul Jones, who had himself scored ﬁve goals in the opening round of the tournament. Jones could only score two to Mcilwee-Davies’ four in this round, however, and the latter sailed on through to the Semi-Final. Beating Connor Flook 5-2 in the Semi-Final lead to the most highly anticipated series of matches that the whole tournament had to oﬀer.

Playing against Mcilwee-Davies was the second highest-rated player in the Playstation bracket, Lee Smith. Smith’s record during the online qualiﬁers was rightfully second only to Mcilwee-Davies, as he had won 22 of his 25 matches, and dominated opponents on his way to the Final at Cardiﬀ City Stadium, winning every game leading up to that point by three goals or more. The contest was heated and ﬁlled with goals as both players went all-out, neither wanting to sit back and hold onto a small lead. Lucas eventually took his lead and held it tight, and he was crowned victor after beating Lee 5-3 over two legs.

The challenge for our two Playoﬀ winners is far from over as they head into the ePremier League Final. The event will be held in London between March 28th-29th, where the Playoﬀ winners from all 20 Premier League teams will face oﬀ against each other to determine a champion. Matches will be held over two legs in a group-stage format on both Playstation and Xbox. The ePremier League Final will be getting coverage from Cardiﬀ City FC’s social media accounts, including the Twitter account, @CardiﬀCityFC.

Additionally, you can ﬁnd coverage for the Final between 28-29 March on the Premier League’s oﬃcial social media channels, as well as being broadcast on Sky Sports!