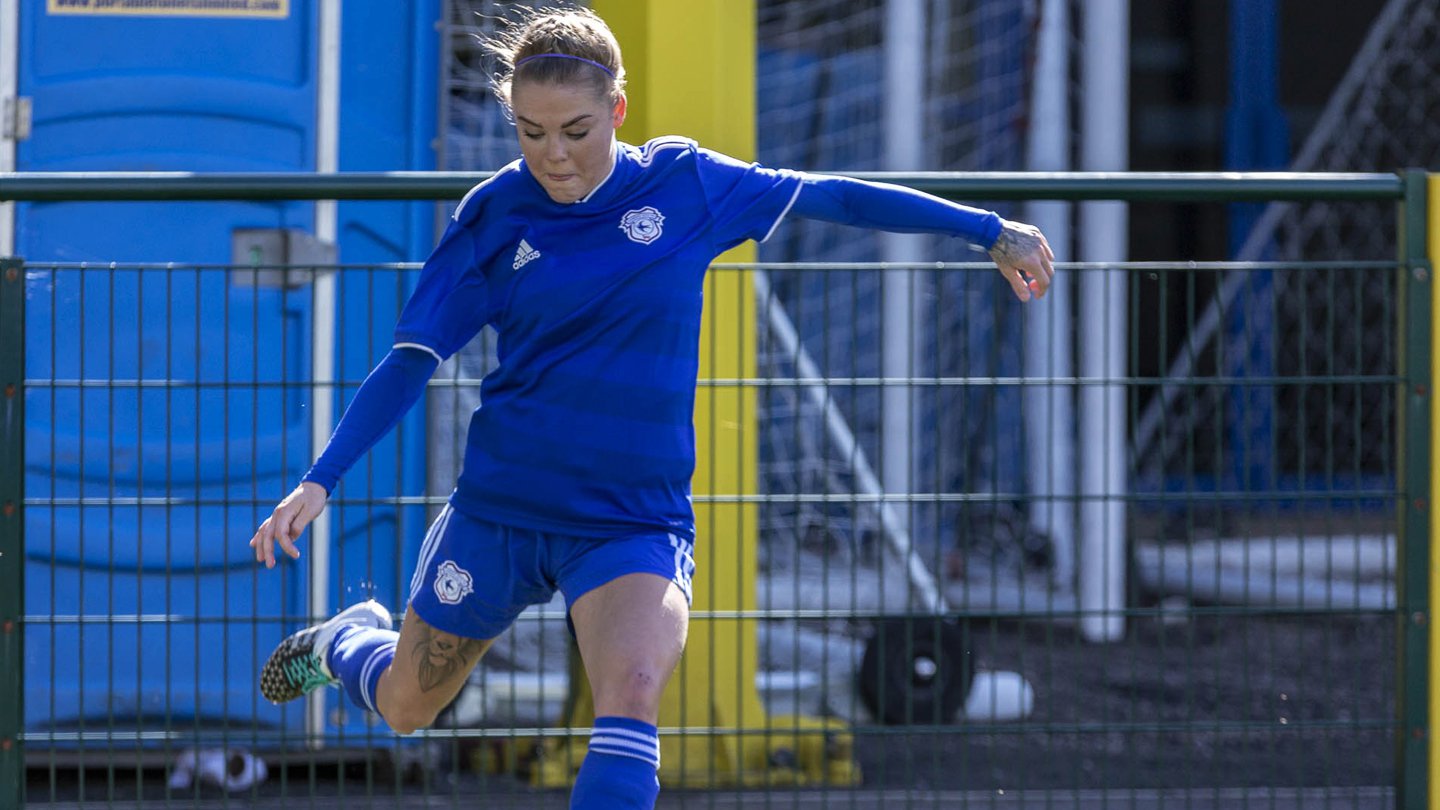 City scored three goals inside the opening 12 minutes from the respective strikes of Zoe Atkins, Alana Murphy and Catherine Walsh, before Rebecca Bannister struck one for the Lakesiders. Just before the break, Catherine Walsh sealed a brace and after the interval substitute Lucy McDonough and Emily Griffiths completed the scoring.

The Bluebirds got off to a bright start and came close to opening the scoring just five minutes in, as Atkins headed wide. However, it took only two minutes for the forward to net her second goal in three games as the ball arrived at her feet following a corner, which she proceeded to smash home. Then one minute later it was 2-0 to the hosts as Murphy composedly finished from the edge of the area, adding her fourth in the competition.

City continued to produce attacking pressure and after 12 minutes, Catherine Walsh balanced herself inside the area and fired a third past Samantha Mitchell. Then the 24-year-old made an attempt for another with 15 minutes played, however her shot travelled astray of the right post. She was then sent through on goal by Murphy six minutes later, but ruled offside.

Despite the hosts’ three-goal advantage, the Lakesiders refused to give up and almost pulled one back after 34 minutes. Candice Nellist’s cross from the right flank curled towards goal and Hannah Daley did well to get back and clear off the line. However, it only took another minute for Bannister to sweetly strike into the bottom left corner and reduce the goal deficit to two.

The Bluebirds responded strongly though and with six minutes until the break, Kanisha-Mae Underdown’s angled strike from within the box was cleared by the feet of Mitchell. One minute later, Catherine Walsh scrambled in a fourth from close range and regained her side’s three-goal lead.

After the interval, the hosts came out hungry for more and two minutes in, Catherine Walsh headed just wide, prior to Griffiths’ attempt from the left wing being kept out. Shortly after, Lisa Owen’s first-time hit in front of goal was stopped, before Danielle Broadhurst’s low drive from just outside the area went agonisingly wide of the left upright.

With 25 minutes of the 90 remaining, substitute McDonough made an immediate impact, speeding into the area and finishing past Mitchell. It was the forward’s first goal of the season on return from a lengthy spell out with injury.

City looked determined to add a sixth and a chance arose when Griffiths stormed into the area from the left flank after 77 minutes, but the ball flew high. It then didn’t take long for Mitchell to pull off two great stops, palming Atkins’ long-distance attempt away, before making a similar save from Underdown’s effort moments later.

However, as the game entered its final five minutes, the hosts got their sixth. Griffiths produced a thunderbolt of a strike from the inside left of the box, which found the net’s top left and secured her first goal for the club. Not long after, Rhyl were temporarily reduced to ten players as Cassandra Thomas was treated pitchside and she didn’t return for several minutes.

As full-time approached, the Bluebirds were awarded a free-kick on the edge of the area and Underdown’s attempt was deflected wide. That proved to be the final opportunity of the encounter and City advanced to the FAW Women’s Cup Semi-Final.