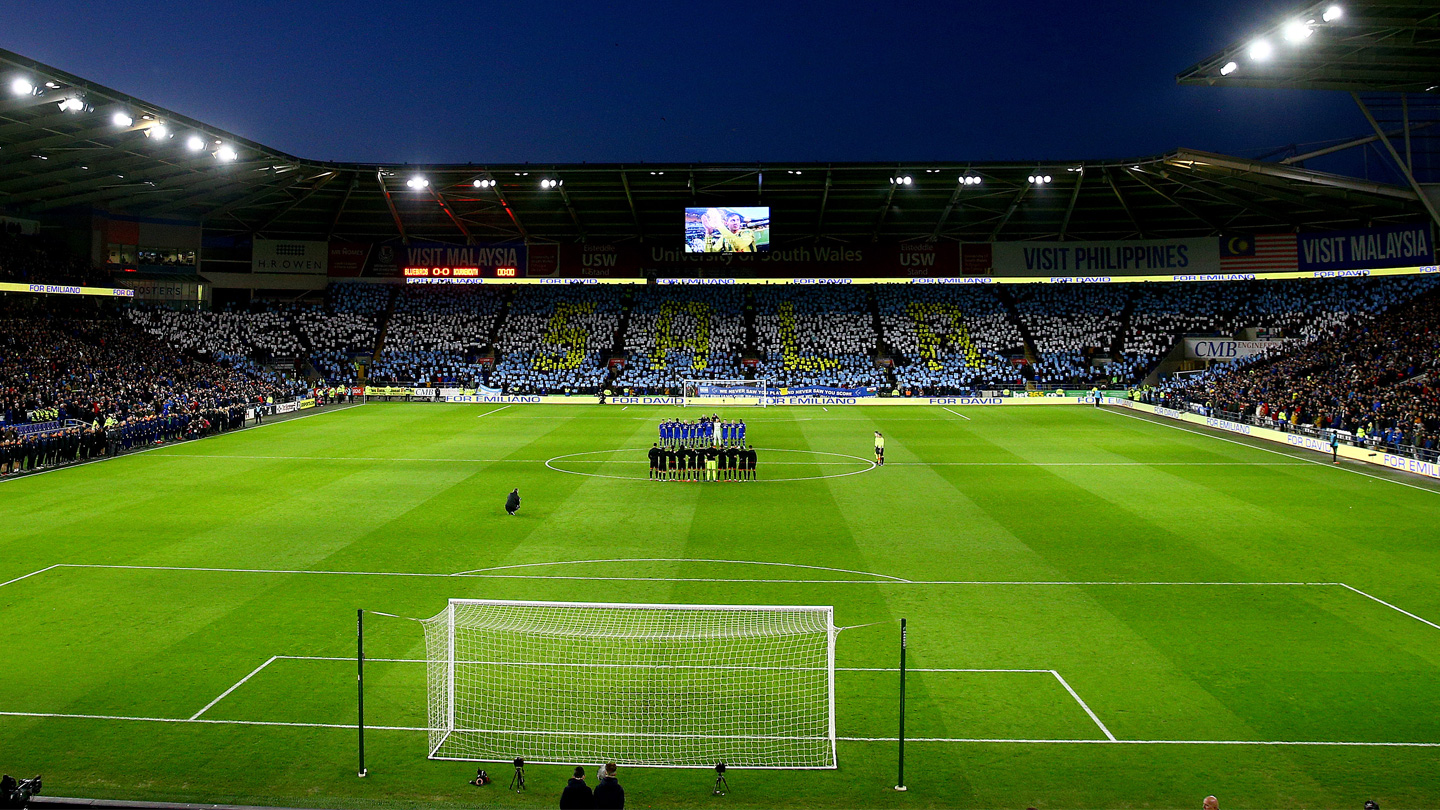 Match report for Cardiff City vs Bournemouth on 02 Feb 19

Bluebirds boss Neil Warnock made only one change to the side that faced Arsenal on Tuesday, with Josh Murphy coming in to replace Harry Arter, who was ineligible to play against his parent club. For the Cherries, Dominic Solanke came in to make his debut, replacing the injured David Brooks.

Before kick-off, both sets of players, fans and officials impeccably observed a minute of silent reflection for Emiliano Sala and David Ibbotson.

City began the match in strong attacking fashion, and had a good chance after only two minutes. Striker Oumar Niasse, making his home debut, beat the offside trap to break through on goal. Bournemouth goalkeeper Artur Boruc did well to narrow the angle, and made a fine save to keep out Niasse’s low shot.

The Bluebirds did make the breakthrough three minutes later, with Bobby Decordova-Reid on target. Murphy delivered a dangerous cross into the box, which was inexpicably handled by Bournemouth defender Steve Cook. The referee pointed to the spot, with Decordova-Reid stepping up to roll the ball down the middle of the goal, scoring his third Premier League goal of the season.

Bournemouth went close to an equaliser after 27 minutes, only to be denied by a superb Neil Etheridge save. Andrew Surman picked up the ball on the edge of the box and struck a fierce drive, which was heading for the top corner. Etheridge produced a fine, one handed stop to tip the ball onto the crossbar and away for a corner.

Warnock’s men ventured into the Bournemouth box on a number of occasions before the half was out, with Murphy almost connecting with a low ball, before delivering a superb cross of his own minutes later, which was narrowly turned away before Callum Paterson could connect. City defended resolutely until half time, taking a valuable lead into the break.

Decordova-Reid doubled his tally, and the Bluebirds’ lead, only sixteen seconds into the second half, with a superbly taken finish. Aron Gunnarsson floated a delicate ball over the top of the Bournemouth defence, with Decordova-Reid reacting first. Played onside by Nathaniel Clyne, the City striker rounded the onrushing Boruc and simply slotted home, putting the Bluebirds firmly in control.

Bournemouth battled well in the second half to try and get back into the match, but the City backline held firm, with some wonderful interceptions and blocks from Sol Bamba and Joe Bennett in particular. The Cherries had their best opportunity from a corner with just over ten minutes left, but Nathan Aké headed wide of the target.

Eddie Howe’s team continued to search for a goal, but the final few minutes provided more of the same from the Bluebirds, who stayed focused to defend their goal with solidity and strength. Kenneth Zohore replaced the excellent Niasse and went close to a third in injury time. On the counter, the striker pushed the ball past Cook to fire on goal, with Boruc forcing a corner.

That proved to be the last action of the match, with the full-time whistle signaling a fully deserved sixth victory of the Premier League season for Neil Warnock’s side on an emotional evening. The Bluebirds will next be in action in seven days’ time, heading to Southampton for a 3pm kick-off on Saturday, 9th February.