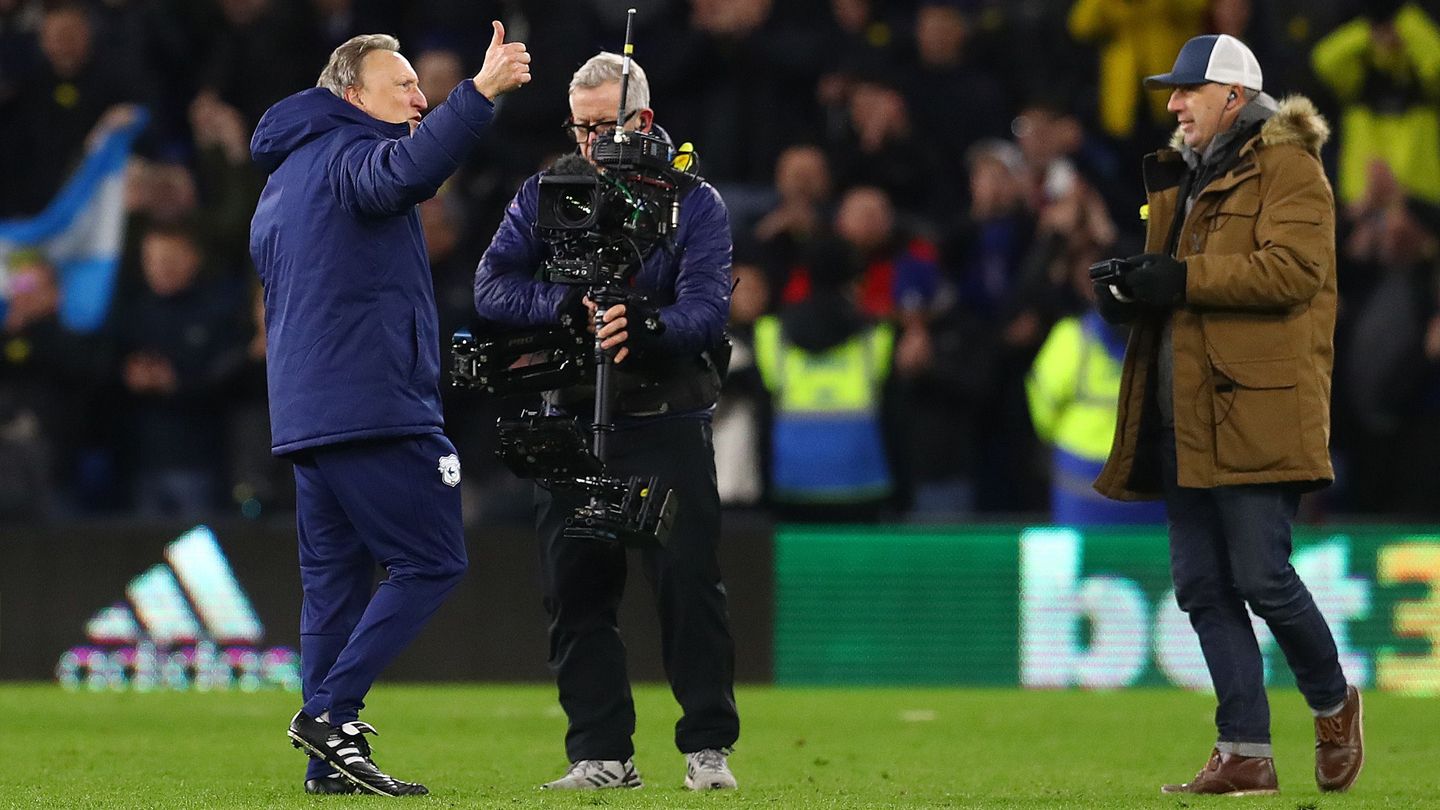 Warnock: We did Emiliano proud

Bobby Decordova-Reid secured a brace on his 26th birthday, netting in the opening five minutes and then straight after the interval, as the Bluebirds went two points from safety on an emotional day in the Welsh capital.

“I can’t begin to explain how difficult the past twelve days have been,” began Neil following the final whistle. “Knowing Emiliano as I did, I knew that he would have been really with us today and I was alright until I got over to the far side after the final whistle, but the volume just kept getting louder and louder.

“I’ve never seen or heard anything like it and I love winding my fist up with the fans, so I’ll remember it for the rest of my life.

“I just thought the whole Club was amazing and I was really pleased for the Chairman, Mehmet Dalman and Ken Choo. I was the proudest man to be the Manager of the whole club: the fans were just amazing and I thought we deserved to win.

“I felt immense pride and there was pride in everybody today. We had to show everybody our support for Emiliano and coming back to the main stand to see my wife and kids, it just hit home and I thought we did him proud.”

The Gaffer went on to reveal what he said to the team prior to kick-off, before praising Decordova-Reid, Oumar Niasse and the remainder of the squad.

“I said to the lads that we’ve got to perform and I thought the other night at Arsenal, they were super and unlucky not to win. We knew that Bournemouth would have a lot of the possession and we worked on certain aspects of the game, but I thought we were always a threat on the break and could’ve had more goals.

“I’m glad Bobby got two goals and the whole squad really worked hard. We didn’t have Harry Arter or Víctor Camarasa, but we made up for it, being quite bold in the tactics and positive in how we set-up. I’m delighted to get the three points because it’ll make a few other clubs a little more nervous over the next few weeks.

“I don’t think Oumar’s has ever worked as hard in his life, but he’s given us another dimension. It makes me realise that we’ve played a while without a centre forward and we haven’t done bad, being in the Premier League.”

Neil concluded: “We don’t know when we’re beaten and I couldn’t have asked anymore of any of the lads. When I look around the dressing room, seeing the characters and seeing where they’ve come from, it makes me proud. It was almost like we couldn’t be beaten with the crowd and they wouldn’t let us be beaten.”