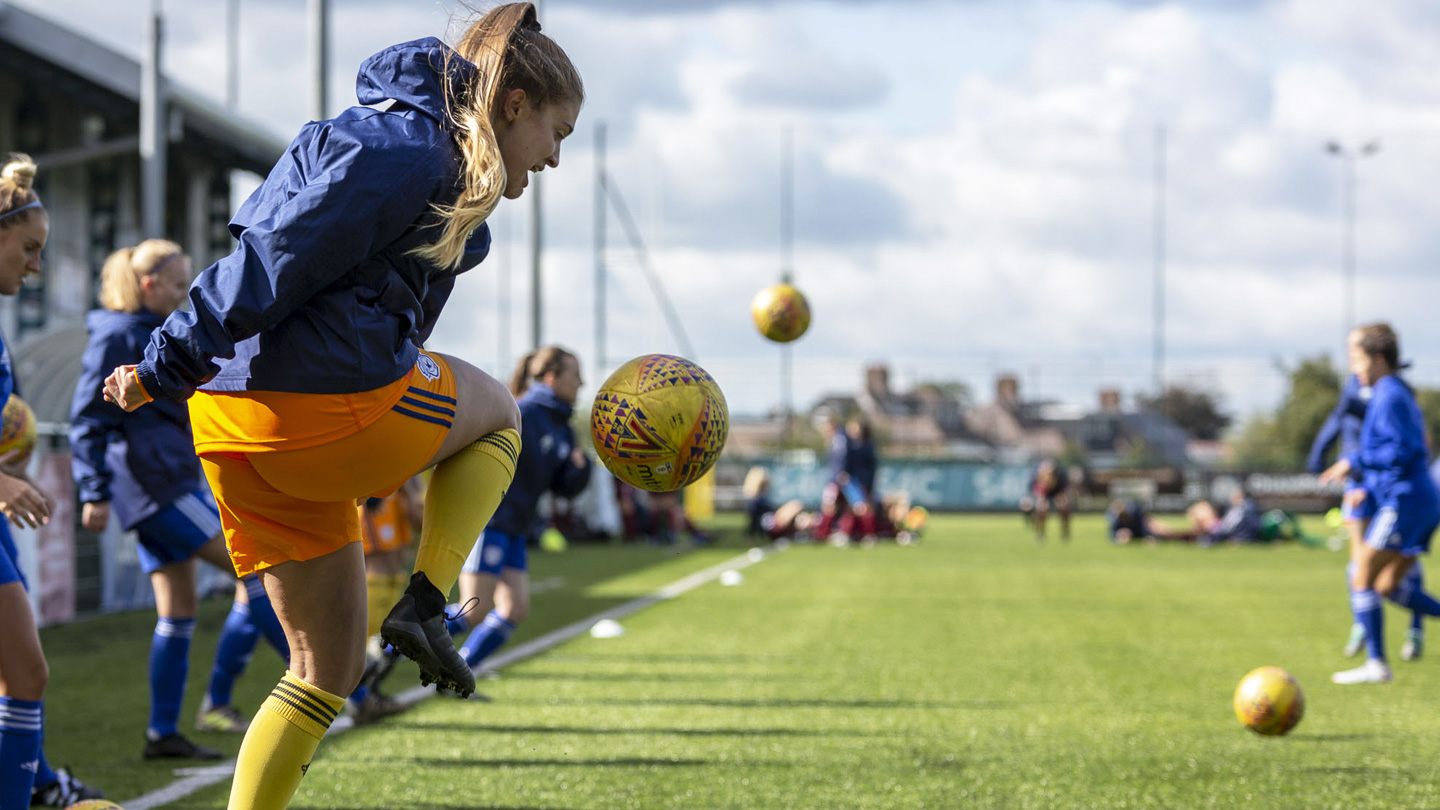 In the first of a new series, Cardiff City FC goalkeeper Claire Skinner talks about her footballing path...

“When I was five, my brother went to toddler sessions with a local football team.

"I used to get my dad to bring me early, so I could have a kickabout too."

"Being from Guildford, I ended up joining Guildford Saints. I just kept enjoying and loving football there and played as a striker but went in goal once when our goalkeeper was unavailable and enjoyed it, discovering I was alright. I then went to a Chelsea Foundation summer camp and they told me that I was quite good in goal, so I ended up trialling, before playing for Chelsea U12 side that season.

“I’ve been all over the place, from Chelsea, Fulham & Reading at youth level to playing for Cwmbran Celtic and Cyncoed in the WPWL, before Aston Villa and Oxford United. Although, through injuries and competition, I wasn’t at a good enough standard to play regularly at some of those clubs, so there was no point in me staying because I needed game time to improve.”

“Playing against Italy for my country was incredible: one of my best experiences with Wales and it’s been my goal over the past couple of years.

“The adrenalin stopped me from feeling the cold and I just wanted to get on, but looking back on it, it was fully snowing and definitely a different experience.

“They changed the colour of the lines to red and the ball to yellow, but the football was picking up snow, as if it was being rolled into a snowball. To keep warm, we had underlayers, tracksuit bottoms and big padded coats, so before going on I had to take all that off and made sure that I kept warm.

“Previously when I played against Israel, I was at university and there were so many distractions and lots of things that I should have been saying no to. I was getting injured, ill and having lifestyle changes that affected my work rate and prevented me from getting opportunities.

“Now, I’ve graduated from university, I’m injury free, getting fitter and my attitudes changed, so I’ve got a good mindset and I’m grateful that Wales are giving me chances. I’m determined to impress the coaches and hope to take the Welsh No. 1 spot in the near future. Since my attitude’s changed, I feel I’ve been getting more out of the training sessions and the camp and that was probably one of the reasons the coaches decided to play me against Italy.

“My grandad came from the Mumbles area and he went to school there, but I never got to meet him, although that little bit of him allows me to play for Wales.

“The environments at Wales and City are both really good, but national training is three times a week, whereas club training is twice a week, but the intensity is the same in matches.

"I bring what I learn from the Wales camp, into the City camp, like mindset and communication, and I think that’s great."

Training hard for the future

“I train for three hours on Tuesdays and Wednesdays, doing hill sprints and continuous runs also and on Fridays I train for two hours. I do bits in my room like core workouts, resistance work and things like that, but I don’t have weights, so use objects like tubs of protein as weights, bands for resistance and throw tennis balls against the wall.

“When I started university, I didn’t think like I do now because I was interested in other things that really weren’t worth it. If I knew what the cost would be, not being able to play and losing the feeling of going on the pitch, I would’ve done more.

“It’s made me extra determined to do extra work, get the right diet and get more game time.”

Keep up to date with all the most recent news via our official Women’s Twitter account, @CardiffCityFCW!