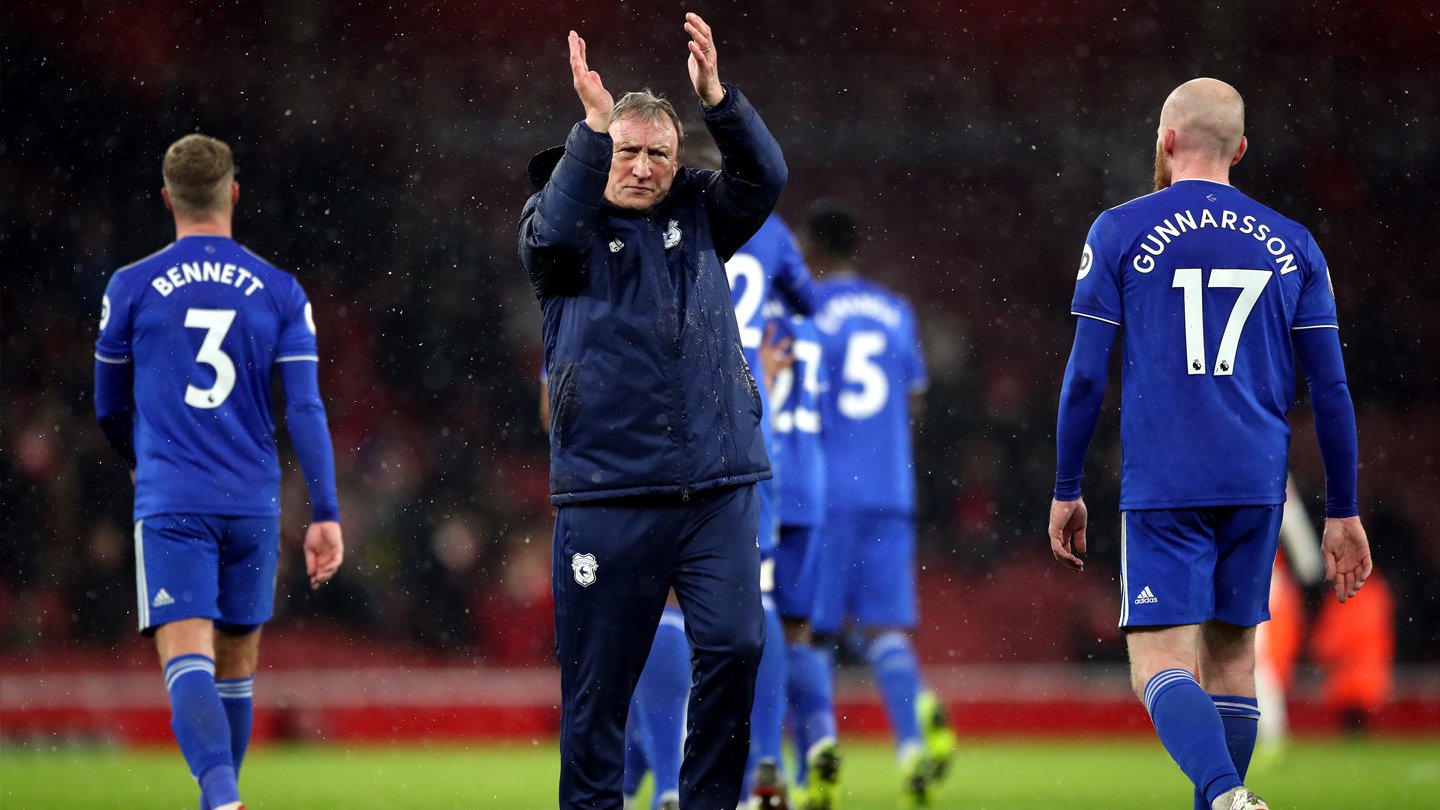 “I thought it was probably our best performance of the season away from home,” began Neil. “We worked on it for a few days and whilst it’s a disappointing result, all credit to the boys.

“It was unprecedented really, with what’s happened this week. It's bound to be emotional. We said before kick-off, for Emiliano, we ought to put a performance in.

"People expected us to lie down, but I don't think we've ever had 19 shots away from home against a good side like that. I thought overall, we were the better side for large periods of the game tonight.

“I know we’ve lost a game of football but there are more important things. I am really proud of the players tonight and proud to be their manager."

Upon the final whistle, Neil and his players showed their appreciation to the 2,000+ away supporters at Emirates Stadium.

The Gaffer went on to praise the City faithful, along with the football community as a whole, for their response over the past week.

“It's been really difficult," he added. "The fans doing what they've done down at Cardiff City Stadium has been pretty amazing and the Nantes fans have been fabulous.

“The supporters have really handled it well and I think they’ve been a bit of class. I thought the Arsenal fans were good this evening too. On a night like tonight, you’ve got to say well done to how everyone has responded.”