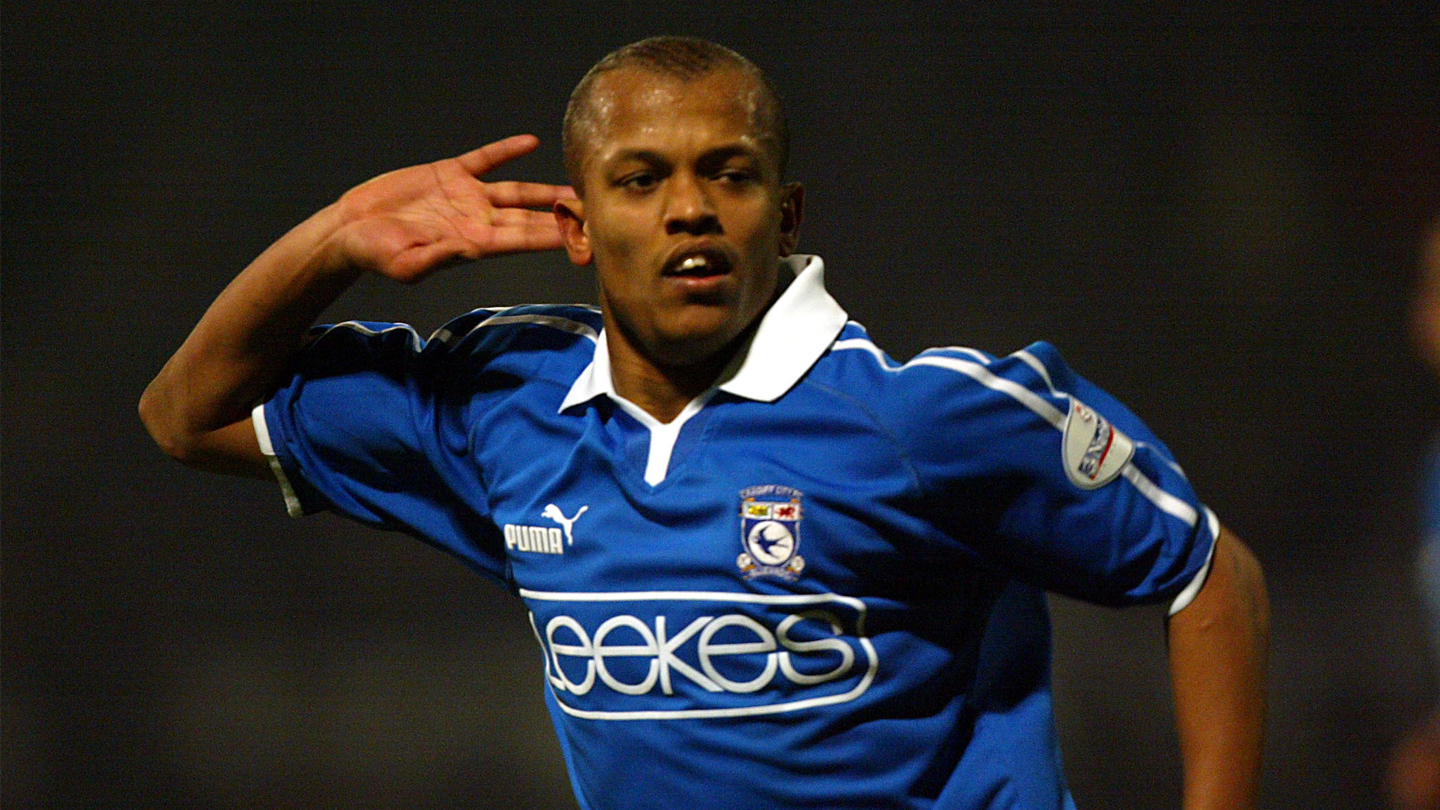 Ahead of Cardiff City's pre-season tour of North America this July, we take a look at some noteworthy former Bluebirds who have taken to the pitch on both sides of the pond...

Trinidadian striker Kenwyne Jones played for Cardiff City between 2014-16, amassing 64 league appearances in that time, as well as scoring 17 goals. He had previously played in the Premier League for Southampton, Sunderland and Stoke City before joining the Bluebirds in the top flight for the second half of the 2013-14 season.

Jones played for three seasons at City, and after loan spells at AFC Bournemouth and Al Jazira signed for Atlanta United in time for their inaugural season in the MLS. Scoring twice in 17 appearances, Jones managed to help his side to fourth position on the MLS Eastern Conference table, which secured their spot in the Knockout Round for the MLS Cup Playoffs. However, the side lost on penalties following a goalless draw against Columbus Crew SC.

One of the few American players in Cardiff City’s history, Johnson quickly became a cult hero in his short time at Ninian Park. As a young player the striker made a name for himself playing in the MLS, scoring over 40 league goals by the time he was 23.

Attention from clubs outside of the USA eventually resulted in Johnson’s move to Fulham, who at that time were playing in the Premier League. Following 19 league appearances for the Cottagers, he joined the Bluebirds on loan in time for the start of the 2008-09 season.

Over the course of 30 appearances for City, Eddie scored two goals, including one in the final match under the floodlights at Ninian Park. That match against Derby County ended  4-1, the Rams' sole goal being accidentally scored by Johnson also. Were you there when Eddie scored?

Bill Irwin began his career at Northern Irish side Bangor, before signing for Cardiff City in 1971. Irwin made 180 appearances for the Bluebirds over the course of eight years at the Club. During this period City played primarily in Division 2, aside from the 1975-76 season following their relegation to Division Three.

Irwin was a part of the side that won three Welsh Cups for the Bluebirds, further appearing in two more finals. In 1978 Bill left the club for the Washington Diplomats, who were playing in the North American Soccer League (NASL). The goalkeeper continued to play at clubs around the USA in both indoor and outdoor leagues, including Portland Timbers and Golden Bay Earthquakes, before retiring in 1987.

Roger Gibbins spent time at Tottenham Hotspur, Oxford United and Norwich City before moving to play in the NASL with New England Tea Men in 1978. The midfielder enjoyed a season at the club before returning to the Football League for the rest of his playing days.

Following a three-year stint at Cambridge United, Gibbins signed for Cardiff City. Between 1982-85 he made over 130 league appearances for the Bluebirds, before playing for Newport County, Swansea City and Torquay United, returning to Ninian Park in 1989. In total Roger accumulated over 270 appearances for City, scoring 24 goals in the process.

Younger brother of former West Ham defender John Charles (not to be confused with the Welsh footballing icon with the same name), Clive also began his playing career with the Irons. Wanting to play first team football, the young defender moved to Cardiff City in 1974, becoming club captain at the age of 23.

Before leaving the club in 1978, Charles led the Bluebirds back into Division Two. He left Ninian Park to play in the NASL, where he had spend time on loan during his stint at West Ham.

Between 1978 and his retirement from playing in 1983, Clive played for Portland Timbers, Pittsburgh Spirit and Los Angeles Lazers, playing both indoors and outdoors for the clubs.

Charles also spent time as a coach in America, having roles in the national side’s U23 team, as well as being assistant coach to the First Team during the 1998 World Cup. Diagnosed with prostate cancer in 2000, Clive Charles sadly passed away on August 26th, 2003, and was inducted into the Oregon Sports Hall of Fame.

Kenny Miller joined Cardiff City in 2011, having played for several clubs across Britain throughout his career beforehand. In Scotland he had already played for Hibernian, Stenhousemuir, Rangers (across two stints), and Celtic, whilst also having made appearances in both the Premier League and Championship for Wolves and Derby County.

In his time with City, the Scot scored 10 goals from 43 league appearances in the Championship, and was a part of the squad that made it to the 2012 League Cup Final against Liverpool.

The striker moved to play for Canadian MLS side Vancouver Whitecaps FC in July 2012, where he would go on to score 13 goals in 43 league appearances over the course of three seasons. Miller, 39, is still netting at a high level to this day - playing for Dundee in the SPL.

Legendary City striker Robert Earnshaw made his first appearance for the Bluebirds aged 16 in 1997. Earnshaw would go on to score 25 goals in all competitions for City in the 2000-01 season, including hat-tricks for the young striker in a league match against Torquay United and an FA Cup tie against Bristol Rovers, earning Cardiff City’s Young Player of the Year Award at the end of his terrific breakthrough season.

Earnshaw’s prolific goalscoring record continued into the 2002-03 season, where he scored 35 goals in all competitions for the club, despite only appearing once in the final 11 matches of the Bluebirds' league campaign. His efforts on the pitch helped City to sixth place in the Second Division table and into the First Division through the play-offs, following a famous 1-0 victory in the final over Queens Park Rangers in the Millennium Stadium.

Returning to Cardiff City in 2011 following spells playing in the Premier League and Championship at West Bromwich Albion, Derby County, Norwich City and Nottingham Forest, Earnshaw later set his sights on playing in North America. Signing initially for Canadian outfit Toronto FC in February 2013, the striker scored eight goals from 26 league appearances in his debut season in the MLS.

Returning to the MLS following a stint at Blackpool in 2014, the striker played for Chicago Fire and Vancouver Whitecaps FC, before announcing his retirement as a player in January 2016. Transferring his experience on the pitch into coaching, 'Earnie' is currently Assistant Coach for California-based USL Championship side Fresno FC.