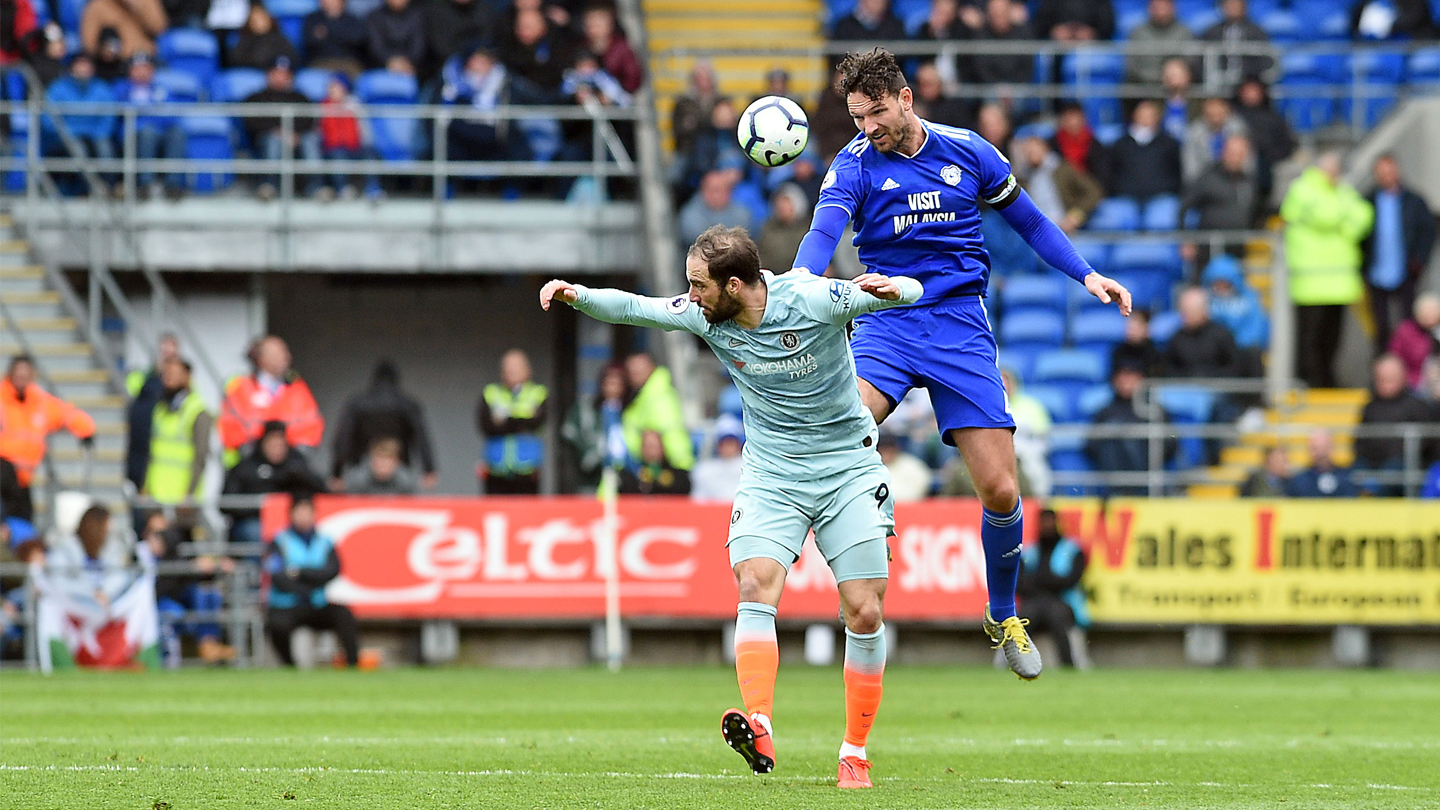 Match report for Cardiff City vs Chelsea on 31 Mar 19

A late goal from Ruben Loftus-Cheek separated the Bluebirds and Chelsea at CCS on March 31st.

Neil Warnock’s starting lineup remained unchanged from the side that beat West Ham United earlier in the month.

Ross Barkley had Chelsea’s first chance of the match, running inside the box and having his shot blocked by City’s defence. Pedro’s shot from outside the area flew narrowly over the crossbar shortly afterwards.

Josh Murphy’s attempt on goal as the game approached the 15 minute mark nearly put the Bluebirds ahead. The winger linked up well with Aron Gunnarsson to take the ball into Chelsea’s box, and saw his curled effort go just wide of Kepa Arrizabalaga’s far post.

The hosts had pressed hard for the opening goal of the match, and almost found it following a period of play that resulted in Lee Peltier’s shot from range being stopped by Arrizabalaga. Minutes later, down the other end, Willian’s direct free kick curled wide after he was brought down outside the area.

A last-ditch tackle by Sean Morrison inside the area rounded off the first half, and the sides went into the interval goalless.

Víctor Camarasa broke the deadlock a minute after the break, with a wonderful effort. Harry Arter’s low cross into the box was met by the Spaniard, whose powerful volley towards goal caught Arrizabalaga off guard. The ball sailed gracefully past the goalkeeper and into the back of the net.

Defending the lead was the Bluebirds’ next challenge, as dangerous forward Eden Hazard was brought onto the pitch in the minutes following the opener. Though the Belgian international bolstered the visitors’ attack, City were not phased and continued their attacking play. Junior Hoilett made himself known as he took shots from distance; his confidence clearly showing.

The Bluebirds were strong throughout the match - but were pegged back with six minutes remaining. César Azpilicueta, clearly in an offside position, diverted the ball beyond Neil Etheridge. Despite the appeals of the home support, the goal was given.

A further moment of controversy came three minutes later as substitute Ken Zohore ran clear on goal. Antonio Rüdiger pulled the Danish striker to the floor as he looked to beat Kepa to the ball and net for the Bluebirds - with the referee awarding a free kick and yellow card, despite Rüdiger being the last man in defence.

Unfortunately for City, the bad luck didn't end there as Chelsea underservedly snatched all three points in added time. England international Ruben Loftus-Cheek headed the ball beyond Etheridge with 90+1 minutes on the clock. The stubborn Bluebirds fought hard to grab another chance in the seven minutes of added time, but were unable to find a second goal to secure a point.