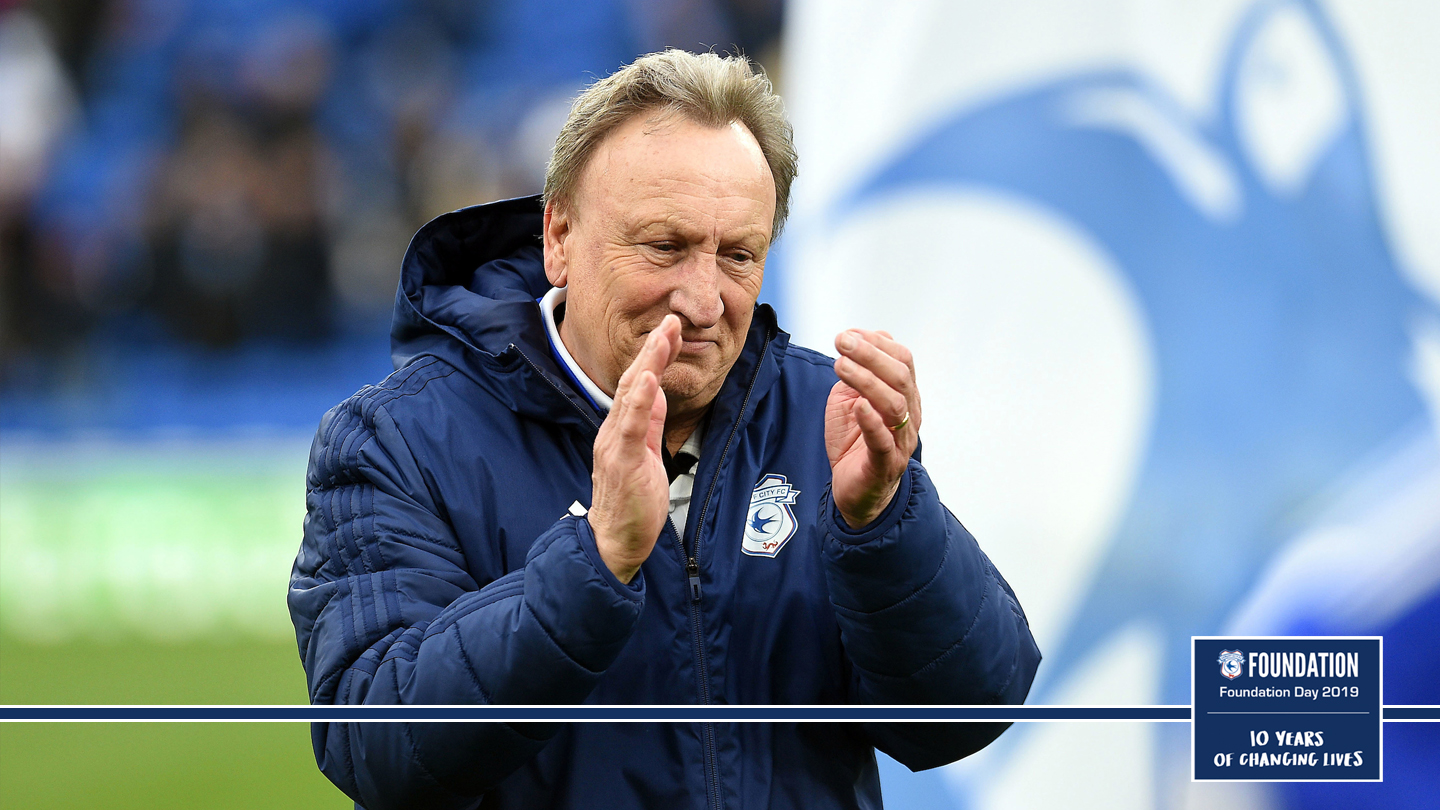 Warnock Post-West Ham: You could see the confidence

Junior Hoilett opened the scoring after four minutes and Víctor Camarasa added a second shortly after the break, as City secured three points on Foundation Day 2019.

“Winning is the only way to answer the critics,” began Neil following the final whistle. “You don’t get a performance like that with a split camp. They were fabulous and I don’t think there was a weakness.

“We worked hard in training, it’s benefitted us and I think the selection was right because we wanted to have a go at them from the start.

"It was nice to score first and the only disappointment was not scoring two or three more in the second-half, with the chances we had.

“It’s probably the biggest win of the season and there were a lot of positives - that was our eighth clean sheet.

"It brings a few more teams back into the pack and makes them more nervous, and I think we’re capable of getting a few more results between now and the end of the season.”

The Gaffer went on to praise his players, before giving an injury update on Víctor Camarasa and Joe Bennett, looking towards the remainder of the season.

“You could see the confidence and there were some real pluses for me. Josh Murphy and Junior Hoilett weren’t just threatening in attack, but their defensive side of the game against Aaron Cresswell and Ryan Fredericks, two of the most attacking full-backs in the league, was magnificent.

“I thought our two centre-backs and full-backs were fabulous and in midfield, Aron Gunnarsson ran the show. Harry Arter got the crowd going with his energy and Víctor Camarasa oozed class.

"Then, Oumar Niasse made their defenders know that they were in a tough game and I’ve asked the two wide players to contribute to goals, so I couldn’t have asked much more from them.

“Víctor’s [Camarasa] got cramp and I think Joe Bennett’s injured his hamstring, but it’s nothing serious and it’s three weeks until our next game, so they should be fine by then.

"We’re giving the international lads four days off because the likes of Bruno [Ecuele Manga] and Aron [Gunnarsson] haven’t had much time off, but we’ll be working hard and preparing for the Chelsea game.”

Neil concluded: “Whatever happens, I think 28 points from this group of lads has been unbelievable, but now, what an opportunity to ruffle a few feathers and bring other teams into it that probably weren’t expected to be there.”