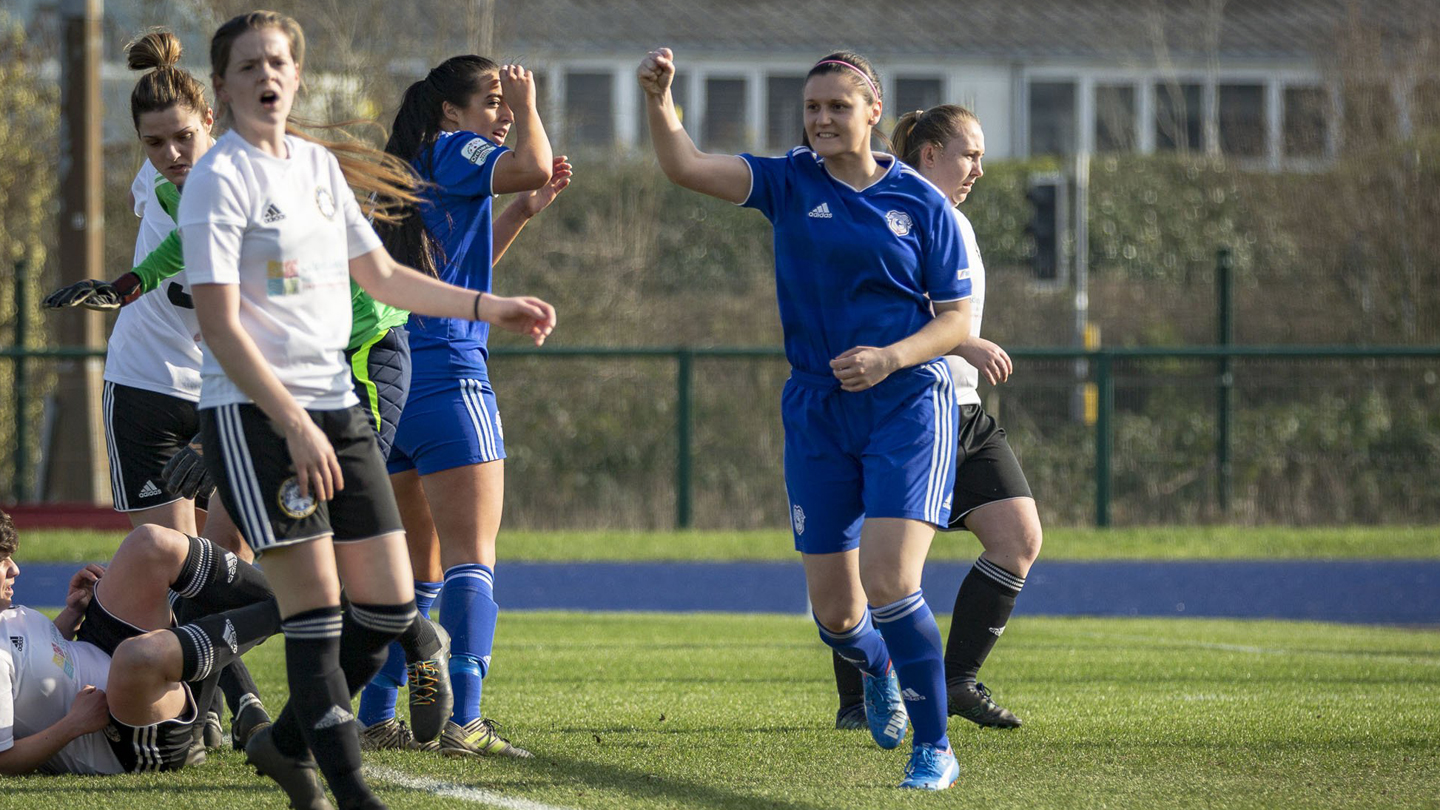 Women | Lisa Bird: It was nice to return and score a hat-trick

Striker Lisa Bird made quite the start to her third spell with the Bluebirds during our last match with Rhyl.

Bird scored a hat-trick as the Bluebirds defeated Rhyl 5-0 on Sunday, February 24th.

"As a team we know that we weren’t at our best," Lisa admitted. "Hopefully we'll put in a good performance next time out against Cyncoed.

"It was nice to get a hat-trick, but I was a bit frustrated about not putting away several chances and considering I haven’t played for a while I’m hoping that I’ll take ones like those in the future.

“It’s been quite a while since I’ve played for Cardiff City, so I’m hoping to get a few more goals on a personal level, but we need to finish as high in the league as possible and we’ve got a Semi-Final coming up, so hopefully we can get to the Final and win that too.

“I first joined City after we won the league and the girls then entered the Champions League, so I knew that I was going into a strong side. I went on to win the Golden Boot twice and we reached the Welsh Cup Final, so we had some great achievements and I’m happy to be back for a third spell.”

Joel Hutton, manager of Cardiff City FC Women's side, added: “We know the quality that Lisa possesses, I’ve worked with her numerous times and when she has left the Club it’s never been in bad blood: it’s been due to work or personal circumstances.

“We have to get her game minutes so it was important that we gave her as much playing time as she got and she took her three goals really well.”

Keep up-to-date with the latest news at @CardiffCityFCW!