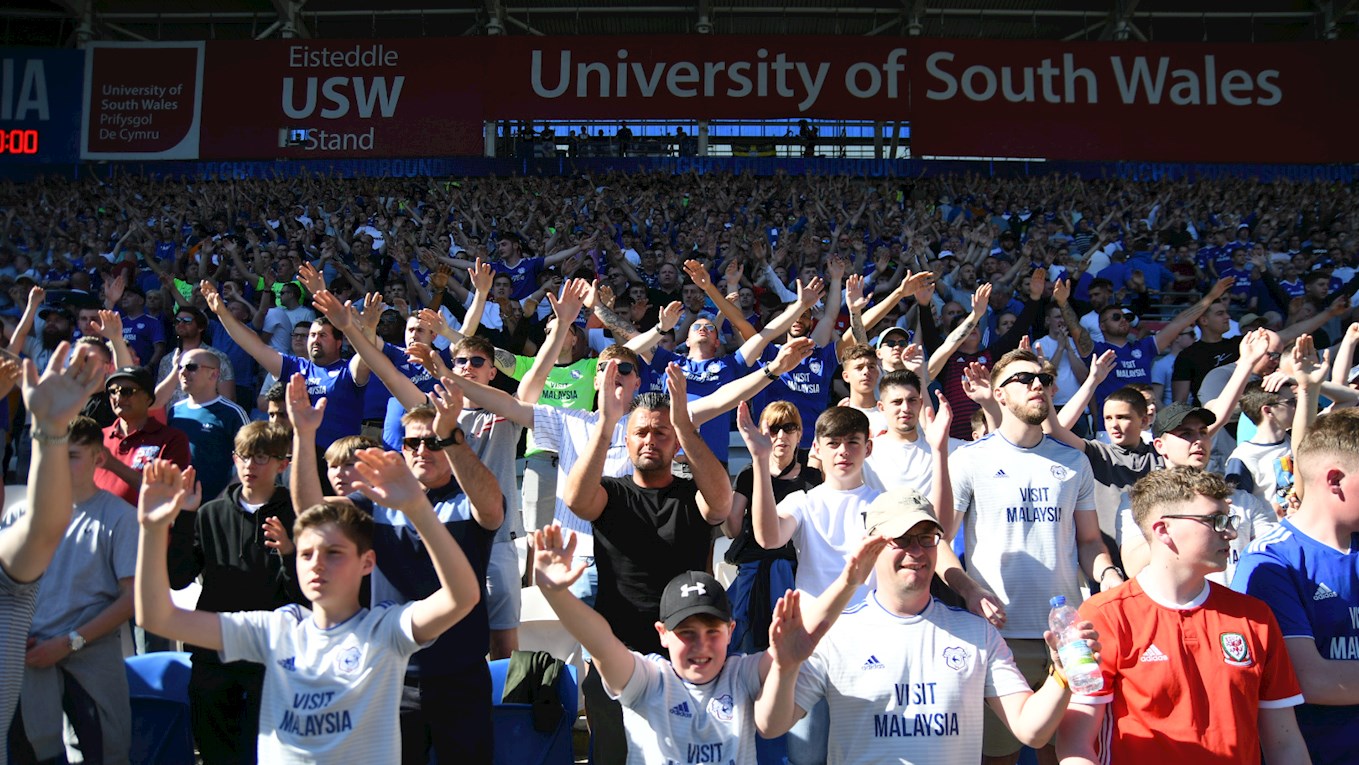 Your full schedule of events for the Bluebirds' final home game of the Premier League season.

Got a ticket to @CardiffCityFC’s match against Crystal Palace this Saturday? Travel to the stadium with us! Show the driver your match ticket for a discounted day-to-go https://t.co/tqxLkwlXqE #CityAsOne #cbupdate pic.twitter.com/7o1reiLv3X

Ahead of his final home match for the Bluebirds, following eight years of service to the Club, Saturday's edition of The Bluebird is dedicated to Aron Gunnarsson.

The official matchday programme features an exclusive interview with Gunnar, as he reflects on his City career, along with a celebration of his time in the Welsh capital.

The programme will also be available from within the Stadium Superstore, Ticket Office and Away Ticket Office.

Saturday's USW Stand pre-match entertainment will be provided by rock band ‘The Semantics’!

If you're in the USW Stand, don't miss them ahead of kick-off!

There'll be plenty to keep junior Bluebirds entertained ahead of kick-off with Cardiff City FC Foundation's games and activities.

Keep an eye out around the Nathaniel Cars Family Stand for everything taking place.

Schneider Electric is leading the Digital Transformation of Energy Management and Automation in Homes, Buildings, Data Centers, Infrastructure and Industries.

Father and daughter John and Julie Brown are longtime Cardiﬀ City supporters and have decided to show their love for the Bluebirds by taking up the match ball sponsorship for our game this afternoon.

The heart of today’s operations at Sony UK Technology Centre, Pencoed, is centred on the manufacture of broadcast and professional cameras and systems for worldwide markets. With over 40 years of experience, the facility has developed a reputation for manufacturing excellence.

Cardiff City kick off against Crystal Palace at 5:30pm.

Aron Gunnarsson will walk the Bluebirds out onto the Cardiff City Stadium turf along with his two sons. After 284 City appearances over eight years, join us in giving a fitting tribute to a true servant of the Club.

If you're not at Cardiff City Stadium, you can subscribe and listen to live commentary of this fixture on Cardiff City TV - with HD highlights of the game to follow.

Don't leave your seats once the match has ended, Bluebirds!

As a thank you for your incredible support over the course of the 2018/19 season, the players and staff will return to the pitch shortly after the game to thank supporters in all four stands of CCS.